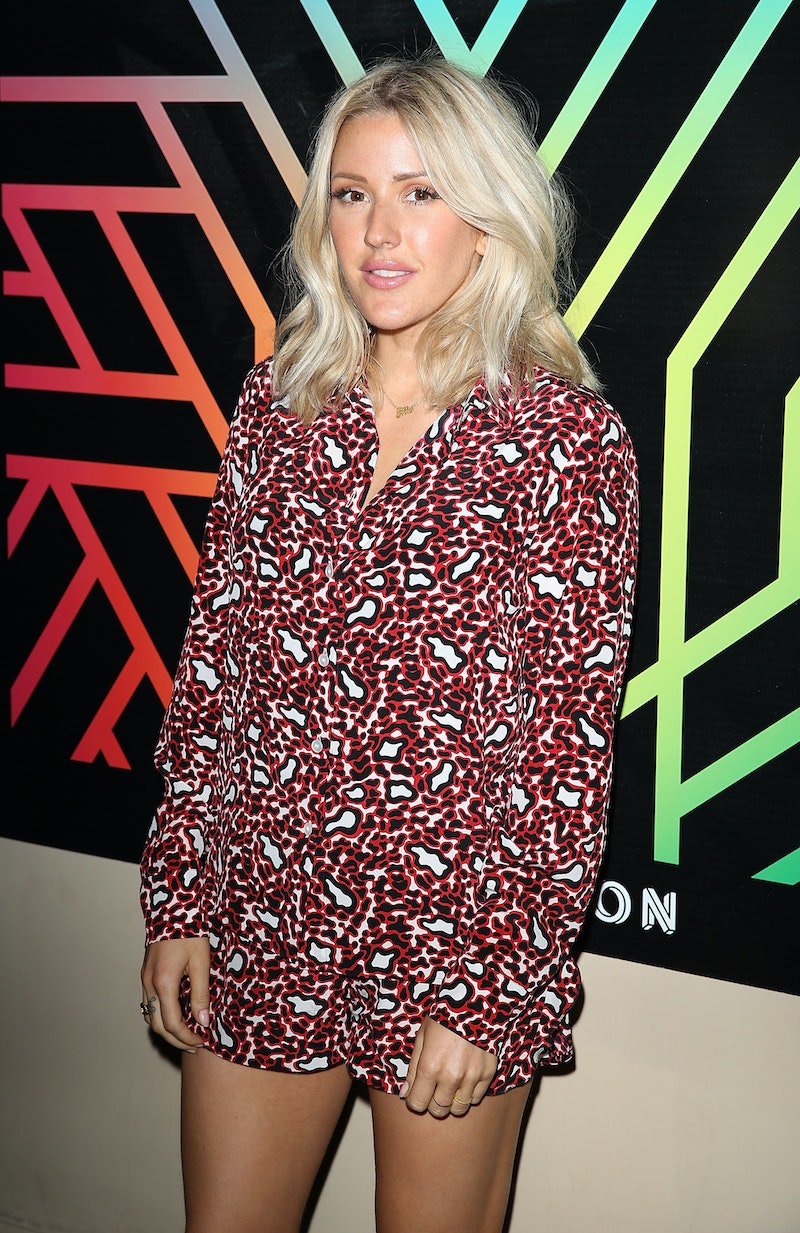 The pop music world is buzzing: "Is Ellie Goulding's 'On My Mind' about Ed Sheeran?" Goulding recently told MTV that her new single wasn't inspired by anyone in particular, but fans were quick to notice when it premiered early Thursday morning that its lyrics seem like a response to Sheeran's song, "Don't." As I'm sure you'll recall, shortly after "Don't" dropped in August 2014, rumors began to spread that the redheaded crooner wrote it about his short-lived romance with Goulding, which allegedly came to an abrupt end when she cheated on him with One Direction's Niall Horan while all three were staying at the same hotel. Yikes.

Of course, these are just rumors, but it's interesting to note that Sheeran has never explicitly denied them. Goulding, on the other hand, said in a July interview with Elle UK that the pair were "never in a relationship." "I have absolutely no idea where that came from and why it was turned into such a big thing," she remarked. The plot thickens! Regardless, the lyrical similarities between "On My Mind" and "Don't" are quite compelling.

For instance, both artists sing about a booze-fueled hotel-room hookup in their respective first verses. Goulding even quips, "You wanted my heart, but I just liked your tattoos" — and we all know Sheeran is famous for his tattoos!

Goulding tried to squash the inevitable Sheeran/ink connection in her aforementioned MTV interview, saying, "I’m sorry to all the people that want ["On My Mind"] to be about someone — it’s not, it’s like a myth. I like guys with tattoos, my boyfriend has tattoos…" Could it really be just a coincidence? I'm skeptical.

Additionally, in "Don't," Sheeran accuses his unnamed partner of toying with his "love" — and Goulding seems to react to this charge in "On My Mind." During the track's pre-chorus, she sings, "You don't mess with love, you mess with the truth." Ouch.

Later, in the second verse, she appears to address the relationship and cheating rumors head-on:

You didn’t love me

Fascinating. Unfortunately, we'll likely never know the "capital T" truth of the situation. Luckily, Goulding told MTV that the speculation doesn't bother her: "People can read into ["On My Mind"] however they want. It’s fun to do that, I would do that too.” Aw, she's ~just like us~.

"On My Mind" is available on iTunes and Spotify now. Goulding's upcoming new album, Delirium, is due out on Nov. 6.