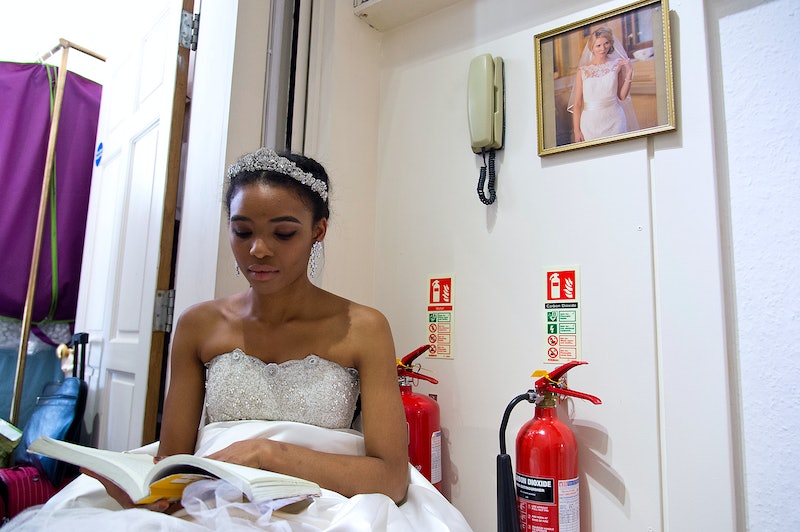 With all the hubbub and pandemonium surrounding the second GOP presidential debate on Wednesday evening, it was a little hard to keep up with many of the important news stories that came out in the media this week. So now that this week's big political event is in the books, we can all take some time to peruse the news for other significant stories that are affecting our society, and specifically news and events that are relevant to the feminist movement. From 100-mile marches for immigration justice to much-needed funding for rape kit testing, there are a lot of important feminist news stories to read this week. And of course, there is some thoughtful feminist analysis of the 15 GOP candidates and Wednesday night's debate as well.

Also important and interesting this week were stories about women making a difference through art and in the arts community. Women are still working a bit uphill in the fight for equal rights, but as usual, there was some good news and even a little humor for us feminists to enjoy this week. Here is a round-up of five of the best news stories and culture pieces for feminist-minded folks to read this week.

In an essay for The New Republic this week, Rebecca Leber argues that while Carly Fiorina has done a superb job of shutting down sexist remarks that fellow GOP presidential candidate Donald Trump has used to attack her, Fiorina shouldn't necessarily be considered a feminist. Leber points out that, in Fiorina's has accused Hillary Clinton of "playing the gender card," and in her book, Rising To The Challenge: My Leadership Journey, Fiorina describes feminism as “an orthodoxy that seeks to portray all men as the enemy and women as requiring the constant assistance of government.” And while she has directly confronted the idea of sexism she has faced in the business world and now in politics, Leber points out that Fiorina refuses to "admit that Republicans have a substantive problem with women voters."

Timed to coincide with Pope Francis' arrival to Washington, D.C. later in September, on Tuesday 100 women started on a 100-mile march from the York County Detention Center in Pennsylvania to Washington, D.C., writes Juliana Britto for Feministing. The march was organized to demonstrate against what the women believe are inhumane immigration and deportation policies in the United States. With their march, Britto writes that the demonstrators are issuing a call to the president and to the Pope for immigrant justice and dignity in the U.S. and around the world. To read more about the women behind this march and to see where they are stopping along their 100-mile journey, visit their webpage www.webelongtogether.org.

Last Friday, Broadly published an interview with Spanish artist and illustrator Isabel Chiara, a collage artist who recently created GIFs to depict some of the absurd social phenomena that women have to put up with on a regular basis. In the interview with writer Lauren Oyler, Chiara stated that "Humor is a defining aspect of my work; it helps me express my perception of the world, the problems that concern me as a woman and artist, and it makes bearable those things I rebel against."

Julianne Escobedo Shepherd wrote for Jezebel this week about data from The Hollywood Reporter that shows definitively that women in Hollywood hire more women in Hollywood. According to the report, "TV shows run by at least one woman have an average of 50 percent women on its writing teams, compared to 15 percent of shows run by men exclusively." At last some good news on the gender equality front!

"Money Isn't The Only Reason Police Have Ignored 80,000 Rape Kits"

Alongside New York City District Attorney Cyrus Vance, Vice President Joe Biden announced on Sept. 10 that a $79 million in grant funds would be made available to provide resources to police stations throughout the country to begin working through 80,000 backlogged rape kits. Guardian writer Jessica Valenti contends that while these funds are an essential step towards getting justice for rape victims, it's not the final one.

Getting evidence from sexual assaults properly tested and processed is an undoubtedly an important part of the criminal justice system. But fully processed kits are not a magic bullet to putting rapists in jail, and they certainly don’t make amends to victims who have been poorly treated and their cases ignored.

Valenti writes that more than money is needed to bring justice to victims of rape, chiefly that police must be more empathetic in the way they work with those who report rape, and bear in mind that the criminal justice process is often very grueling for rape victims.