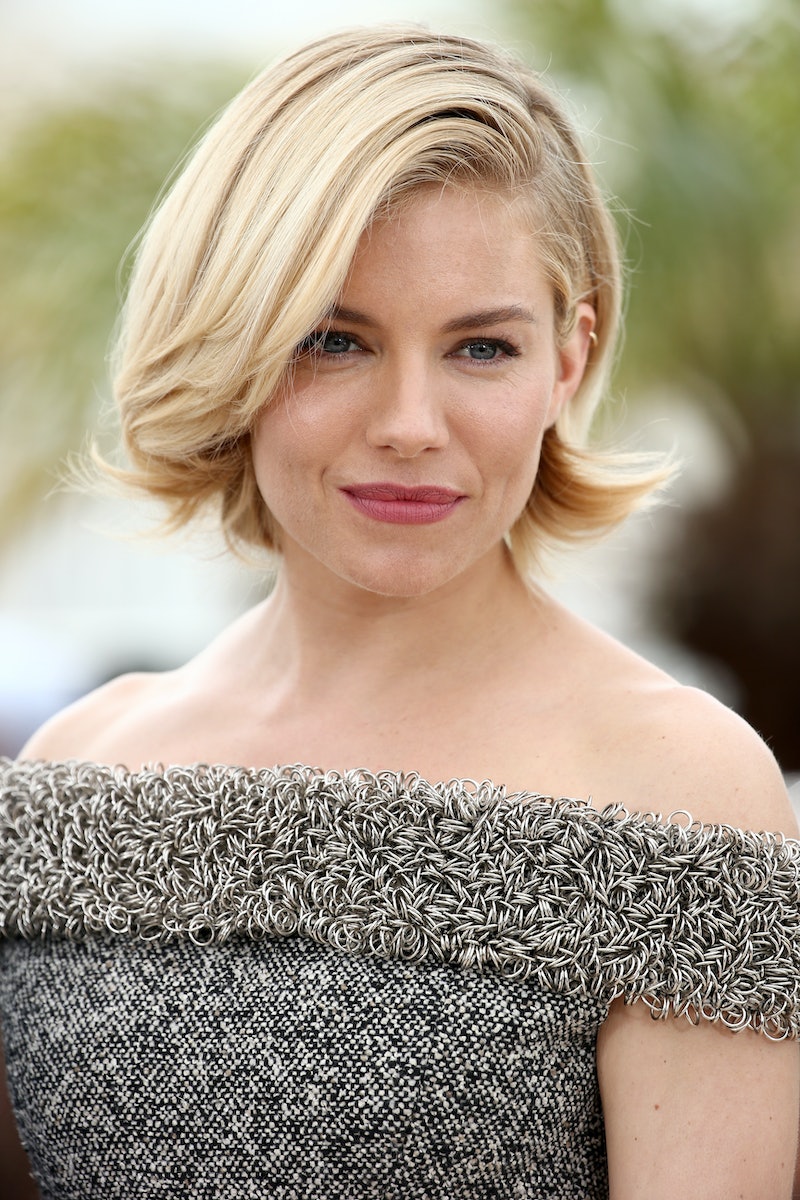 Because she just has not had enough flawless covers already, Sienna Miller covers Marie Claire's latest issue, according to The Daily Mail, and she looks just as fierce as her quotes from the inside interview are. Spoiler: Sienna is not down with gender inequality in Hollywood.

Miller has had her fair share of magazine covers over the years, but the Marie Claire October issue is arguably one of her best yet. Though the British actress admits she spent her 20s "playing the girlfriend" (to Jude Law, no doubt), her 30s have become all about Sienna: her career, the characters she plays, and defining herself as an individual. So based on that sentiment, I'd expect a pretty strong cover shot, and she totally delivered.

Though the American Sniper star looks like the stunning and romantic English rose that she is (Miller even poses inside the magazine in a floral dress next to an actual rose bush), her cover shot is strong and powerful. Miller poses in an asymmetrical, ruffled Louis Vuitton dress, which has a slightly old-world feel to it, and her piercing blue eyes seriously smolder for the camera. Focusing on herself is definitely serving her well.

Part of her newfound sense of self? Sticking up for herself. Miller reveals she pulled out of a play because of a pay inequality. "The producer wouldn't pay me within a million miles of what the male actor was being paid," she told Marie Claire. Way to show them, Si.

Here are seven other times Sienna was the perfect cover star.

If this didn't sell covers, I don't know what could.

Sienna showed her natural side on the January cover of Vogue.

The edgy Sienna we all know and love.

Basically, she should just be on every magazine cover from here on out.