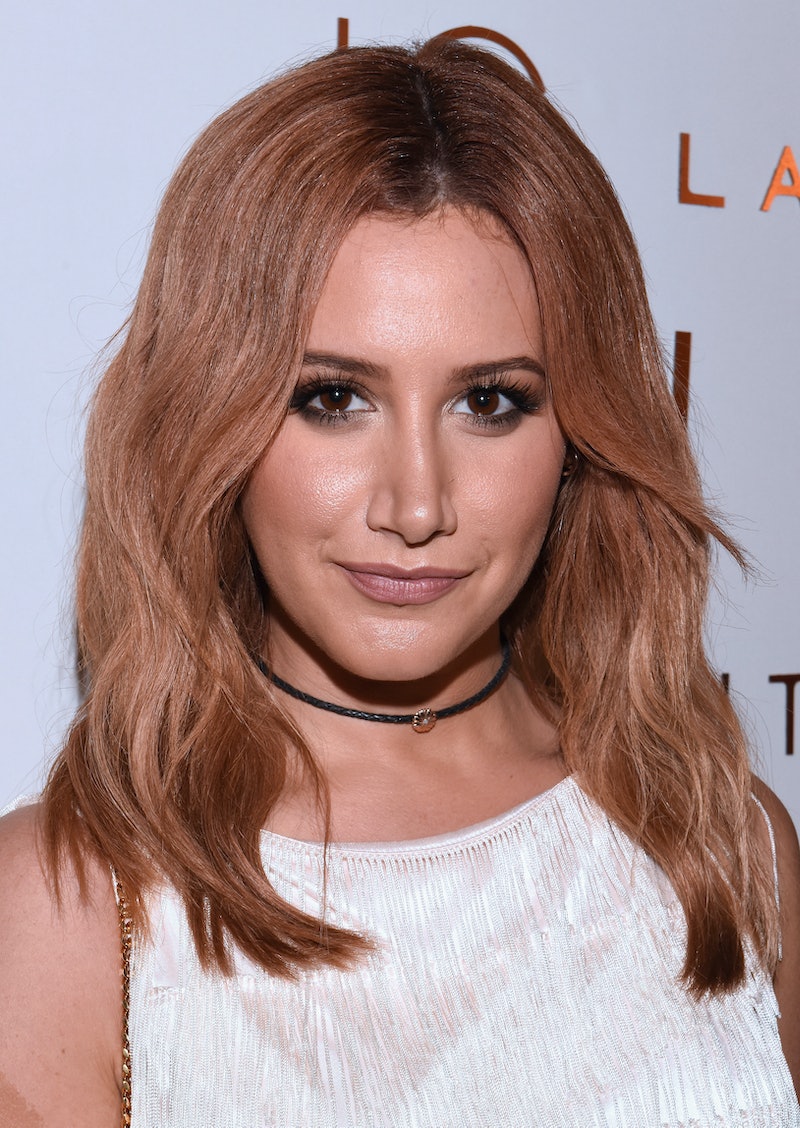 Ashley Tisdale is basically an honorary Disney princess. Her famous role as the perennially ruthless and ambitious Sharpay in the High School Musical franchise made her royalty of the mouse ear variety. Though she's known for her flowing princess locks, Ashley Tisdale's new lob is absolutely perfect and a crazy cool change up for the transitioning seasons. Tisdale showcased the new chop on her Instagram today by posting a collage of adorable snaps of her new 'do to Instagram. I've got to say that the hottest trend in hair looks good on Tisdale.

This isn't the only change for the starlet. She's incorporating fashion into her already impressive resume. It was just announced that Tisdale is Signorelli's newest creative director. The fashionable actress will be creating a sportswear line with the brand, and she's said to be heavily involved in all aspects of its development. Since she's moving further into the fashion industry, maybe that's what spurred Tisdale's hair transformation. After all, the long bob is the haircut of the It girl. While many could lob — pun intended — criticism at celebs who continue to hop on a bandwagon, the truth is that the cut is flattering on nearly every face shape, and maintenance and styling is a breeze. Basically, you need a lob, too.

Ashley Tisdale's new long bob may be another tally mark on the lob count, but that doesn't make it any less fabulous. The blunt cut with choppy layers framing her face could easily be styled in a super shaggy, rock and rock look or sleeked down for a more chic, red carpet style. The versatility of this look is exactly what I love about it.

Tisdale definitely isn't the first starlet to rock this style. In fact, if you're thinking about switching up your look for the fall, there are tons of celebs with long bobs that you an snag inspiration from.

Before Hale went even shorter, her lob game was everything.

Everyone remembers when Conrad chopped her signature long locks. The end result was perfection.

Clarke's long bob was a departure from her Game of Thrones character, but she looks amazing!

Taylor has been rocking a long bob with gorgeous bangs for some time now, but I'm still not over how incredible it looks on her.

Amanda's long bob is a gorgeous rendition of this hit style.