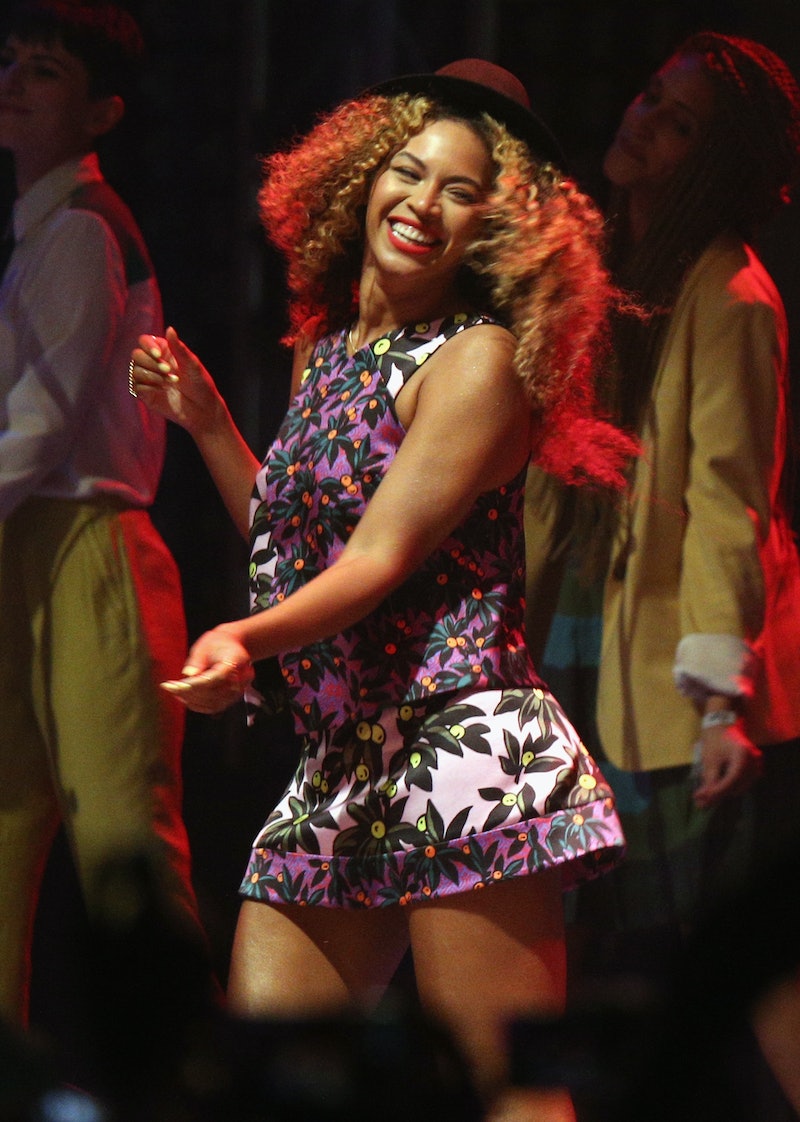 When someone says “You will get to listen to a new Queen Bey tune tomorrow,” the hours leading up to the song’s debut crawl by like a snail making its way through a swimming pool full of Jell-O. When will it beeee heeere?! you wonder as you scroll through your Twitter feed for the zillionth time. As promised, Naughty Boy released “Runnin’ (Lose It All)” featuring Beyoncé and Arrow Benjamin Thursday evening. The verdict: THE WAIT WAS WORTH IT. The soaring uptempo ballad is a stunner. Same can be said about the aquatic music video. And the lyrics. So, what’s this song about? Don’t mind me as I dive (har har har) on in.

Let’s do a little process of elimination, cool? The lyrics are not a tribute to the part of speech that is the verb. Yeah, Bey and Arrow Benjamin sing about running, chasing, standing, driving, crying, and so on, but the song is not about the verbs. Rather, the song is about the people verbing the verbs.

"Runnin' (Lose It All)" begins with Bey singing, “And nothing else matters now, you're not here/So where are you?/This empty room is missing you.” The first verse sounds like the beginning of a breakup song, but it all changes with the chorus:

This doesn't appear to be a track about heartbreak. Instead, it seems to be about a) relationship being only as strong as its parts, and b) staying true to who you are. A simple, albeit important sentiment. Yes, the couple in this song is happiest when they're together (ah, love!), but both parties recognize that they could "lose it all" if they lose sight of themselves. The only way to "win it all" together? Stop runnin'.