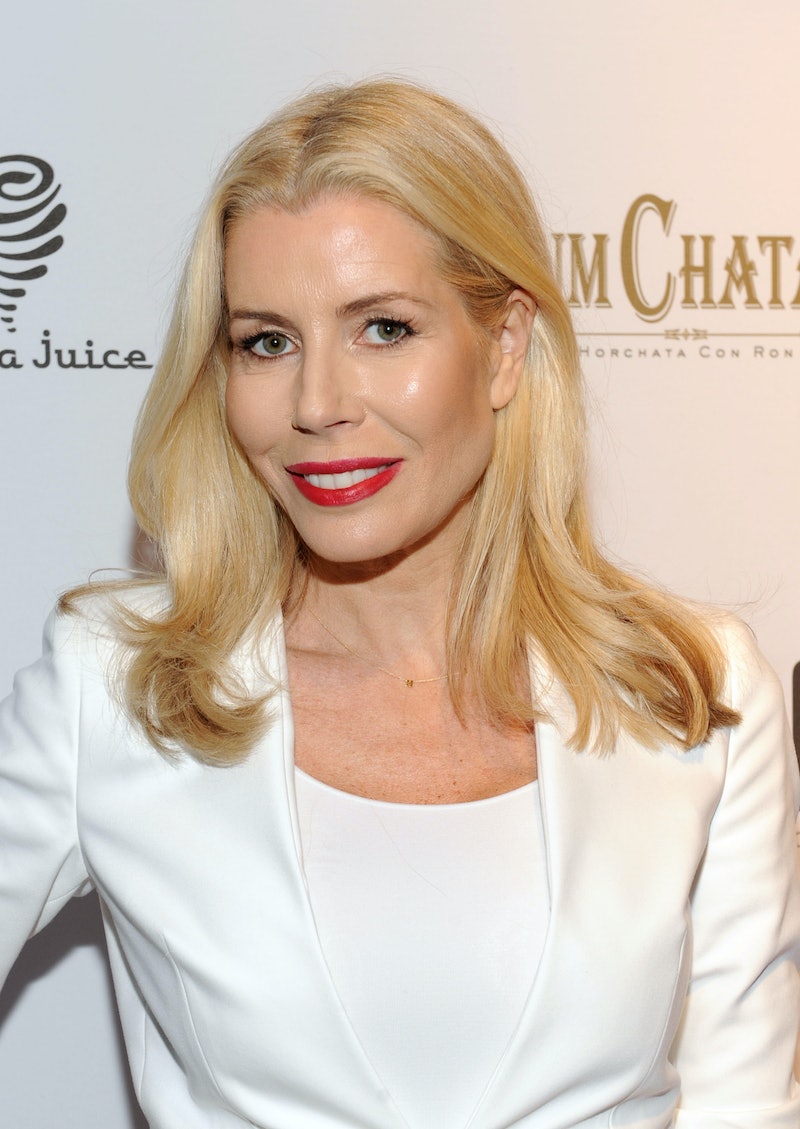 Oooh, gurl. The gloves are coming off during The Real Housewives of New York City 100th episode special. Or should I say the legs? That's right, ladies and gents. Host Andy Cohen revisited the leg drop heard 'round the world when former RHONY Housewife Aviva Drescher threw her prosthetic leg down on the table in a fit of rage during a party thrown by Sonja Morgan. It always seemed like Aviva came into the party planning to do that, and during her sit-down with Andy, she finally revealed it was always her intention.

Hallelujah! After maintaining that the removal of her prosthesis was a heat-of-the-moment kind of thing since the incident occurred in Season 6 of RHONY, Aviva finally owned up to her premeditated behavior. I mean, we all knew this was the case all along, but it just felt so good to hear her say it.

Leading up to this event that will live on in Real Housewives history in infamy, Aviva's castmates had called her out for what they considered fake doctor's notes saying she had asthma and couldn't attend the ladies' trip to Montana. Sonja's dinner at Le Cirque was the first major event where the ladies would all be in one room together after the Montana trip. And clearly, the universe couldn't handle them all in one room at once because they all attacked Aviva again, but this time she had an epic response: dropping her prosthetic leg on the table. As you can imagine, it was so shocking that it left everyone speechless. And Season 6 of RHONY was a wrap!

Aviva said going into that dinner, she wasn't 100 percent sure she was going to take off her leg, but she was pretty confident she was going to do so if things got particularly heated with the ladies as she was anticipating. This was so much the case that Aviva warned one of the producers that she might remove her prosthesis during the course of the night. And you better bet your bottom dollar that the cameras were ready to capture something like that.

Of course, this is what all of the Housewives (and most viewers too, probably) thought after they saw Aviva do something like that. Maybe if you were a bit less obvious with your attempts to grab the spotlight, Aviva, you would still be on RHONY.

So how does Aviva feel about the incident now? "I think I made great TV," she said. I think that's the only thing I will ever agree with Aviva on ever.