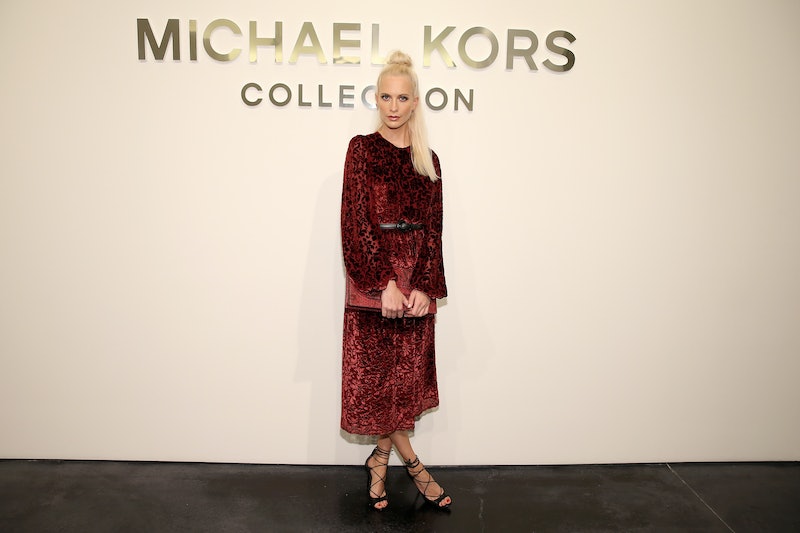 I can pretty much guess what shoes "It" model Cara Delevingne will be wearing this coming winter. Her big sister Poppy Delevingine designed a line of shoes with Aquazurra, which are guaranteed to be extremely luxe and highly coveted. I'd also wager that they'll be on the younger Delevingne's famous feet, too!

According to Women's Wear Daily, Aquazurra x Poppy Delevingne will be launching in December. That's good news for last minute holiday shoppers who happen to have ladies with a luxe shoe fetish in their lives and on their gift lists.

The elder Delevingne sister is an "It" girl with fashion-forward style, so there is no way her collection with luxe label Aquazurra won't be fabulous. She and the brand seem to be aesthetically in step, too.

Delevingne labeled herself as "more attached to the Aquazurra aesthetic" every time the brand releases a new collection of shoes. She told WWD that she loves wearing Aquazurra's footwear because "they always have a sense of humor to them."

Yes, shoes can be fun and not so serious all of the time. Just ask Carrie Bradshaw.

Edgardo Osorio, the co-founder and creative director of Aquazzura, is stoked to bring Delevingne into the fold creatively, saying, "I've always admired Poppy and I love her style — a very English mix of kooky and chic."

According to WWD, the duo designed the collection with her wedding destination of Morocco in mind. Delevingne wed James Cook last year and Osorio described the ceremony as "mystical and romantic, but interpreted in a way that felt very charming and English."

OK, so the shoes will have that aesthetic? Rad.

Here's pretty much everything we know about this collabo.

There will be eight pairs in the capsule collection, which lands in December.

WWD reports that it is a collab between Delevingne and Osorio. So it wasn't a matter of Poppy giving a little input and slapping her name on the capsule. She was involved!

The collection takes its inspo from Delevingne's lifestyle, which sees her traversing the globe and looking fabulous while doing it.

Like the moon and the stars? Well, the brand's lace flats are a part of this collection, complete with celestial moon and star designs. These flats were inspired by something unusual — a pair of Delevingne's earrings. There are espadrilles, as well as lace up heels constructed in cashmere suede. Oooh, luxe!

The shoes won't be cheap because duh. They start at $595 and can cost upwards of $1450. Pre-orders will be available in November. They will be sold at Net-a-Porter, Bergdorf Goodman, and Saks Fifth Avenue.

Delevingne is pretty fab. The shoes will be, too!