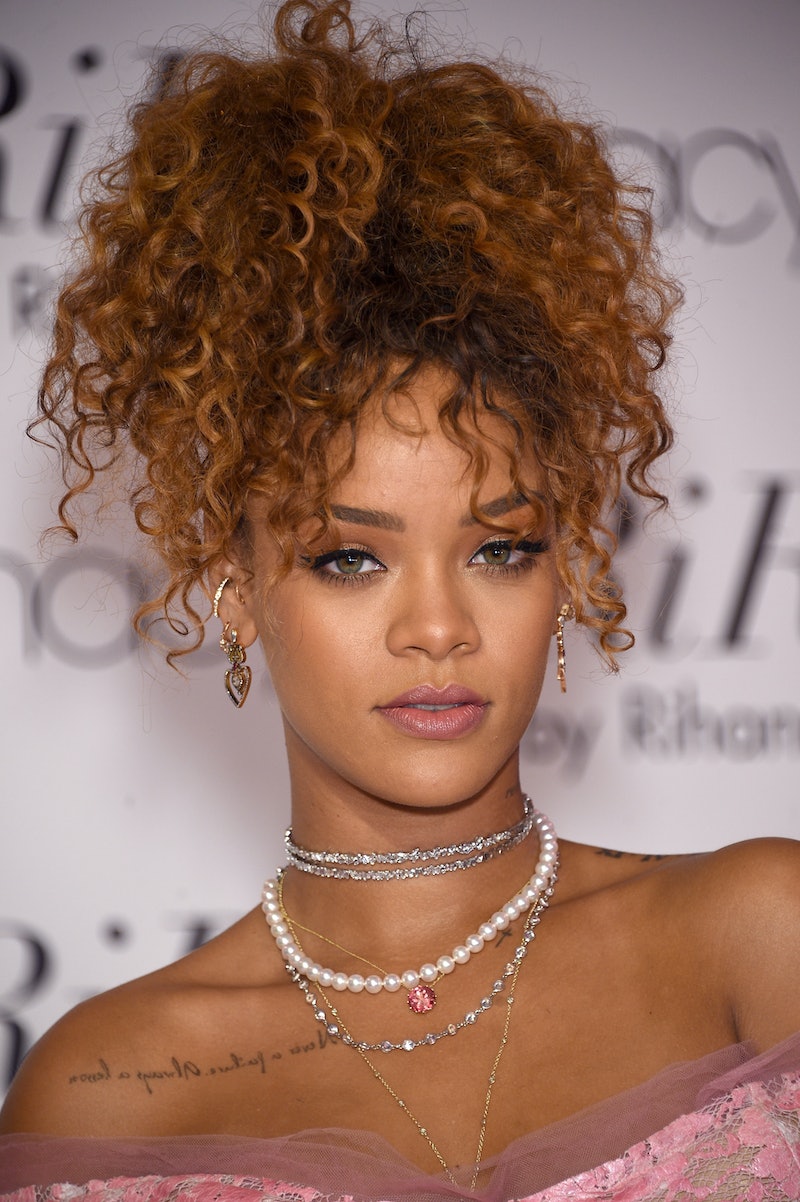 In a new interview with British music magazine NME, Rihanna revealed that her new album, R8 , still isn't finished. It's starting to feel as though we may never get to hear the long-awaited project! "It's not done! To me it’s never done until it’s done. Until the final moment," the 27-year-old superstar told the publication. Apparently, she needs more studio time with Kanye West, who serves as the LP's executive producer. Unfortunately, their schedules haven't been lining up lately. How terribly frustrating.

However, there are a couple pieces of good news here. First, Rih said she "can't wait" to give her fans "something great." That's definitely reassuring! Second, she also said she's recorded a bunch of material that she's really excited about. "I have so many songs I love — and they’re so different — that it’s hard to actually put them all on the same album," she remarked. Her dilemma makes sense: the three singles she's released thus far — "FourFiveSeconds," "Bitch Better Have My Money," and "American Oxygen" — are all very different from each other, both in style and in lyrical content (though that's certainly not a bad thing).

It seems like we'll be getting a diverse and unique collection of new tracks from Rihanna eventually... we just don't know when. Sadly, I have a feeling it could still be a while. So, below are 12 must-hear new songs from other artists that should help make the wait for R8 a teensy bit easier. The list is just as diverse and unique as R8 is (hopefully) going to be.

If "Party Favors" is your introduction to rising star Tinashe, be sure to check out her fantastic debut album, Aquarius. ("2 On," "All Hands On Deck," and "Feels Like Vegas" are my three favorite tracks.)

Selena Gomez's new single was co-written and co-produced by Rihanna's "Diamonds" collaborators, Stargate and Benny Blanco. It's also rumored to have been offered to Rih before Gomez.

I just can't get enough of Tamar Braxton lately.

If Rihanna really decides to embrace her quirky side, I could see her recording something similar to "Soap."

Remember: Rihanna worked with British producer Naughty Boy before it was cool. That being said, I still really dig this new tune. (Be sure to check out Rih's Naughty Boy collaboration, "Half of Me.")

Jess Glynne — "Don't Be So Hard On Yourself"

I really want Rihanna to embrace the current house music trend on R8 (at least for a couple of tracks). A song like Jess Glynne's "Don't Be So Hard On Yourself" (or "Hold My Hand") would be amazing.

MNEK is such a talented producer. Rih needs to work with him.

Rihanna doesn't typically serve vocals like JoJo does — but she can when she wants to. I hope her new set shows off her vocal range.

Again, it's so catchy.