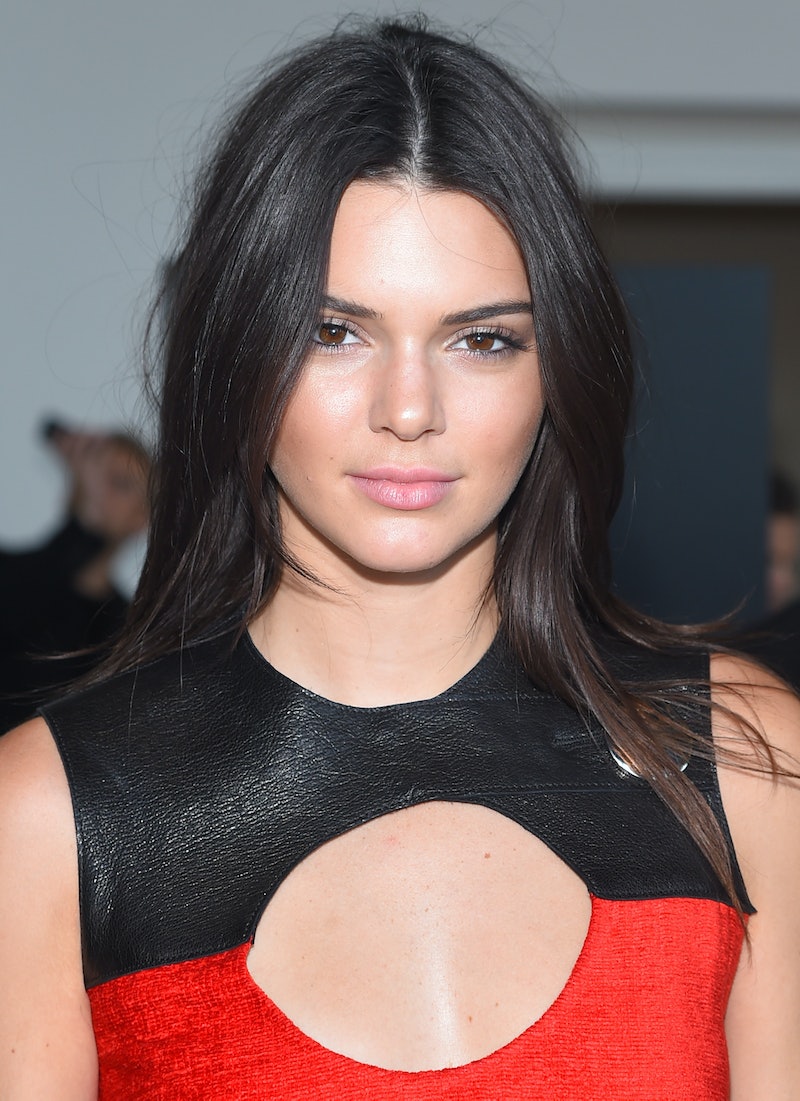 Most models can pull off just about anything and Kendall Jenner's Vogue Japan cover proves that to be true. The model wears a large fur hat and a sequined dress that looks completely normal — you know, if you're a Jenner. She has a knack for wearing oversized hats on her covers, so this really should come as no surprise, but somehow this topper is even more outlandish that the other ones she's rocked.

The 19-year-old model makes the giant fur hat look totally casual in her recently Instagrammed cover shot. This hat looks like the ones worn in London's Changing of the Guards meets an actual mammoth. Her gold sequined dress is a complete showstopper as well, and the star seems to pull off the unlikely duo just like any other another outfit. Ah, the power of modeling! It's some serious stuff.

Jenner's styling for the shot is almost completely natural. With a subtle glow, light eye, and nude lip, she almost looks makeup free. If there's anyone who can rock a cover like this, it's Jenner. This hasn't been her first time sporting an oversized hat for a glossy, but, for some reason, I never realized just how frequently she does it before. Here's a ranking of her bizarre hats.

This is her first Vogue Japan cover, but it isn't the first time she's sported an oversized hat.

Jenner's hat for Dazed resembles a weird see-through helmet combined with a brown eggshell. This is changing the face of fashion for sure.

Her first foray with a fur hat was for LOVE. The hood looks like an animal was actually placed on her head for the shot.

I don't know for sure, but I'm guessing this cover was inspired by Pharrell's big hat phase.

The stylists at LOVE must have really, well, loved their hats. This mouse-eared hood is bizarre to say the least.

From the accessories to the dress, there's a lot going on in this picture. Although the Harper's Bizaar shot is high-fashion, it's still an absolutely ridiculous hat.

I'll give this one to her, the hat is pretty chic. This is one of the only ones that she could pull off in real life.

There's no getting between Jenner and her crazy hats!