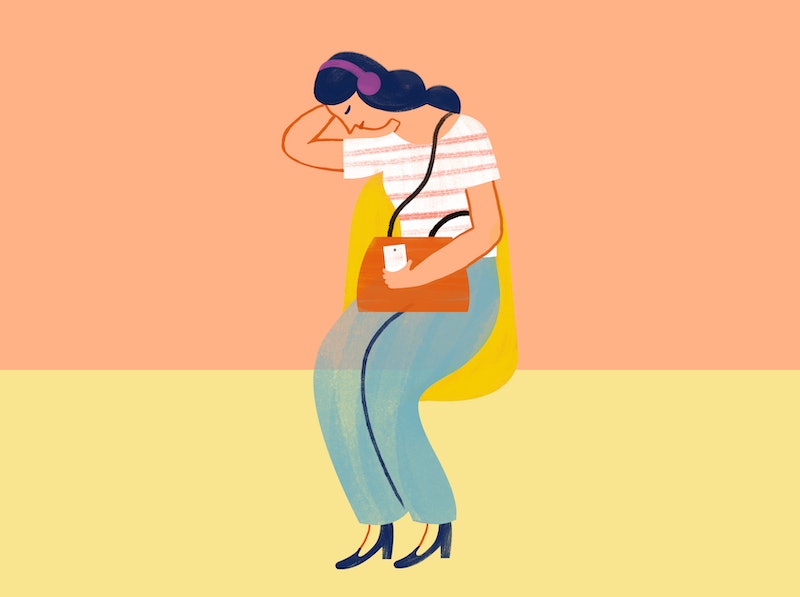 There’s only one thing better than audiobooks — and that’s audiobooks with celebrity narrators. There’s just something so magical about having words brought to life by the familiar but exotic voices of the people you follow on Instagram. And the narrators of audiobooks are crazy important; you’ll have that voice in your head forever. To me, Harry Potter will always be read in Stephen Fry’s voice; Tracy Beaker will forever sound like Sandi Toksvig.

This fall, there are a ton of audiobooks about to be released with amazing celebrity narrators. As life gets busier and busier, I’ve been getting increasingly hooked on audiobooks as a way to fit in some reading time, so this news makes me really happy. Whether you need entertainment for a road trip, or motivation for a marathon, or just distraction from a boring commute, the perfect book for you is going to hit Audible any minute now. And it’s going to be read by one of your favorite celebrities. Pretty neat, eh?

So make sure your audiobook subscription is up to date, and clear enough space on your phone — because you won’t want to miss a single one of these gems.

Mindy Kaling has the best comic timing, so I can’t imagine anyone reading her hilarious words better than her. My copy of Why Not Me has just arrived in the mail, so I’ll be listening along simultaneously to this one.

It’s Your World is all about inspiring young people to take action, so what could be better than having the super-motivating Chelsea Clinton herself read it out? Nothing, that’s what.

Patti Smith describes M Train as "a roadmap to my life," so, naturally, she is the only person who should read it. M Train is a memoir of Smith's life, told through the places she has visited.

Carrie Brownstein is brilliant and hilarious in Portlandia, and iconic as the singer for punk-rock band Sleater-Kinney, but her memoir Hunger Makes Me A Modern Girl reveals a more raw and vulnerable side to her. It seems only right that Brownstein herself should narrate her own story.

What Pet Should I Get by Dr Seuss, read by Rainn Wilson

This year, a previously undiscovered Dr Seuss book was published, and seeing as the eccentric Seuss wasn’t around himself to read it out, Rainn Wilson seemed like the perfect replacement. Yep, Dwight Schrute reading Dr. Seuss; could this be any better?

So this one already hit Audible over the summer, but for those of you who still wait for the CD (hey, there are some of us left, OK?), it’s a long wait until November. When it hits, though, it’s going to be so worth it; the star-studded cast for this audiobook includes Matthew McConaughey, Matt Stone, Trey Parker, Minnie Driver, and Josh Holloway. Wow.

In Furiously Happy, Jenny Lawson brings a dash of humor to the difficult topics of anxiety and depression. Laughing at mental illness can be a dangerous line to tow, so this one’s best left in the hands of the woman herself.

Tyler Oakley is one of YouTube’s breakout stars, and Binge is a hilarious collection of personal essays on his embarrassing mishaps over the years. It’s exactly the type of oversharing he got famous for, so there’s nobody better to read it than him.

Vowell’s unique and unconventional history of the United States is narrated by some of the funniest and quirkiest Americans around — which seems totally appropriate TBH.

Drew Barrymore’s life hasn’t always been straightforward; as a child actress she faced all the pressures of fame far too young. Wildflower is her chance to tell her story from the happy place she has finally reached today, and hearing it read in her own voice is going to be magical.

Sounds Like Me takes us through Sara Bareilles’ greatest hits from the inside, telling the stories behind the songs. Narrated in her own melodic voice, along with contributions from Jack Antonoff and Ben Folds, this one is going to be a treat.