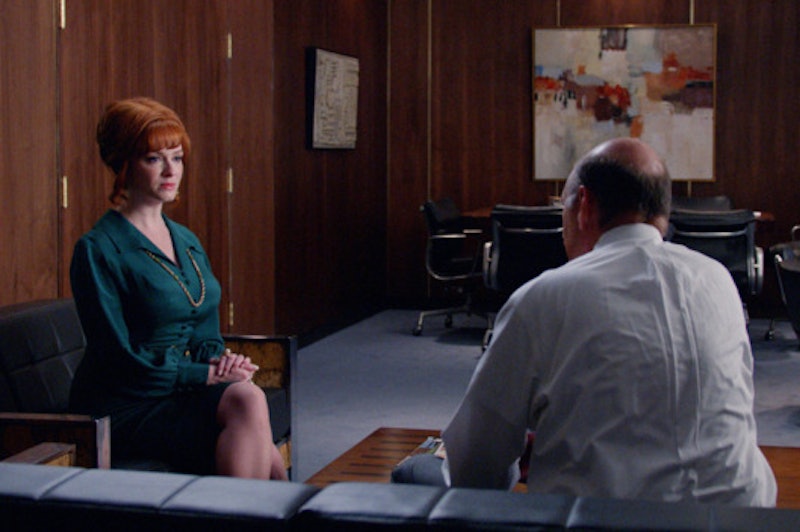 We spend so much of our daily lives dealing with sexism that sometimes, it's difficult to notice that something sexist is even happening. In fact, acts of sexism are so common in every arena of our lives that it's also shockingly easy to mistake sexist behavior for something else, like politeness — because society conditions everyone to be sexist, so it's very easy for most of us to be sexist without knowing it. And this sexism isn't all intended to be malicious — it's not uncommon for sexist comments, actions or thoughts to come from a place of good intentions. But know that if certain behaviors based on chivalry or traditional gender roles make you feel uneasy, you're not being too sensitive — they really are a form of sexism.

It's fine to enjoy chivalry and chivalrous behavior, of course; but if that kind of stuff makes you uncomfortable, you're not in the wrong. Researchers at Northeastern University found that chivalrous behavior is often a sign of benevolent sexism — sexism that isn't hostile, but is based on the idea that women are weaker and unable to handle certain responsibilities.

A lot of people want you to think that it's not worth it to call out sexism in our daily lives. This attitude can make you feel like you're seeing sexism where it doesn't exist. But the fact is, a lot of very common behaviors you might dislike but not necessarily think are sexist are actually based in sexist ideas. You don't have to feel offended by the five common acts of covert sexist behavior listed below, of course — but if you are, know that you're not being oversensitive or taking things too seriously.

Obviously there's nothing wrong with a parent being protective of their child. That's normal, instinctual behavior. But it is sexist when fathers are overprotective of their grown daughters, especially when that overprotective behavior is directly linked to their adult daughter's sexuality or her ability to take care of herself. No one would consider it "cute" if fathers went around discouraging their sons from traveling, dating or living on their own.

So when fathers set behavior standards for their daughters that they would never dream of setting for their sons, that is sexist AF — even if it does come from a place of genuine concern. You can be thankful for your father's love and care while still being aware that his concerns for you could be colored by sexism.

2. Men Insisting On Carrying Things For You, Even When You Don't Want Their Help

I'm not saying you shouldn't let your guy friends, dude neighbors, male family members or partner help you carry things. And I'm certainly not trying to say that offering to help someone carry their things is sexist — because, really, that's just good manners. Doing these kind of things to be polite is one thing. But if the guys in your life insist on carrying your things for you — even when you clearly tell them that you don't need or want their help — because they think that all women are too weak or fragile to handle any kind of physical task on their own, that is pretty sexist.

3. Men Opening Doors For You When You're Obviously Not Into It

Some women like it when men open their doors for them, and that's perfectly alright. Additionally, it is nothing but nice when someone notices that your hands are full and holds the door open for you so you don't end up dropping whatever you're carrying.

But it's not nice (and actually quite sexist) when you've made it clear that you don't like having men open doors for you all the time, because it feels unnatural or makes you uncomfortable — but the guy you're with still insists on opening doors for you. At that point, they're no longer being polite. They're being sexist and they're making things awkward, because they think your personal preferences are less important than sticking to tradition. So don't feel like you can't call them out on it — because they may not even realize that you really, genuinely don't like what they're doing.

4. Acting Like Someone Is Crazy For "Going Dutch" On Dates

It's OK to let your date pay for your meal or drinks if you're both comfortable with that. But what's not OK is judging other people for splitting the cost of drinks, meals, movies or other activities with their date. Personally, I usually like paying for my own things when I go on dates — and most of the people I talk to about this (men and women) think that I'm crazy for doing so.

But assuming that men should always get the check, or that women who like "going dutch" are suckers, is incredibly sexist. A 2013 LearnVest poll found that 55 percent of men and 63 percent of women surveyed thought the man should always pick up the check — an attitude that doesn't allow for any deviations from tradition if the man makes less money than the woman or is dealing with financial problems, if the woman asked the man out, if the woman simply feels like paying for herself or the entire date, or anything else. And that's troubling.

Split the check or let your date pay for everything, but don't let sexist norms decide for you.

The idea that heterosexual women benefit from carrying their own condoms just as much as men do is becoming more and more acceptable (as it should be) — but this is still one way you might be acting sexist toward yourself without realizing it. Lots of women feel embarrassed about buying their own condoms and providing them to a male partner — an attitude that only hurts us by putting us at risk for STIs and accidental pregnancy.

You would never think it odd for a dude to keep an emergency condom in his wallet, so don't feel like you shouldn't keep one in your purse. Because ultimately, you are responsible for practicing safe sex and protecting yourself. So don't let our culture's sexist (and conflicting) guidelines hamper your own sexual responsibility. Go ahead and keep yourself stocked up, girl — because being female doesn't disqualify you from taking charge of your sexual health.

More like this
25 Inspiring Quotes From Black Women To Celebrate Black History Month
By Kyli Rodriguez-Cayro and JR Thorpe
24 History-Making Black Women You Probably Didn't Learn About In School
By Ayana Lage and JR Thorpe
Twitter Is Identifying With Sally Field & Jane Fonda’s Friendship In New Viral Video
By Jake Viswanath
23 Super Sweet Things To Write In A Valentine's Day Card
By Karen Belz and Lexi Inks
Get Even More From Bustle — Sign Up For The Newsletter
From hair trends to relationship advice, our daily newsletter has everything you need to sound like a person who’s on TikTok, even if you aren’t.