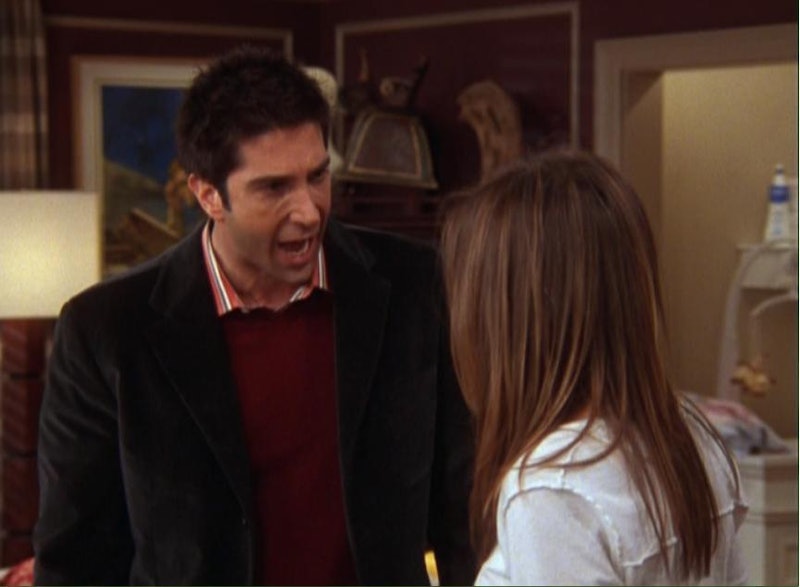 Compromising is not a good time. No one sits at home and thinks to themselves, “You know what would be dope? If I didn’t get my way today. That’d be ideal.” No. When you get into a relationship, however, ideally you are enough of a fan of your significant other that you’re willing to think of them, and not just yourself. If being incredibly giving and flexible isn’t your default setting, that’s not necessarily a bad thing, nor does it mean you’re selfish or spoiled. It just means that sometimes you have to take a step back and try your best to be a tiny bit more patient or accommodating than you otherwise would be.

My boyfriend recently got rear-ended, so he has been car-less for a while. Obviously, I’m not going to leave the poor kid stranded when I have a perfectly good, working vehicle. But at the same time, my first instinct isn’t exactly to drop everything on my radar and be a chauffeur. My first instinct, in fact, is to do everything on my to-do list, at whatever pace I please, and THEN help him get around. The fact is, I’m not the world’s best sharer. I like my own space, my own schedule, and my own car. Moral of the story: Life’s tough, so are relationships, but as much as it pains me to say this, we could all learn to compromise a bit more. (Myself very much included.) So, here are seven ways to be more flexible in your relationship:

1. Make Sure Your Decisions Are Two-Sided

You don't have to put the other person first, but I think that part of being flexible is taking the other person into consideration when you're making a decision. Even if your mind is made up, including your partner in the conversation shows that you're open to including their opinions in your life.

2. Think Before You Speak

Or rather, think before you say "no," because that is honestly my go-to answer too often. Why are you saying no? Is it because you don't like what the other person's proposing, or is it because they're proposing something other than what you had in mind and that's annoying as hell?

3. Make Plans In Advance, And Share Them With The Other Person

So many fights could be avoided if we were up front about plans we've already made, but sometimes that doesn't occur to us. Like I said, not all of us are used to having to accommodate another person when planning, and it's hard to adjust.

4. Say What You Want To Say, Instead Of Beating Around The Bush Hoping They'll Guess What You're Trying To Say

That's only going to make you upset, because they aren't going to guess. And once you start to get frustrated, you're less likely to compromise.

5. Remember That Your First Choice Isn't The Only Choice

If you have a first choice, and so does your partner, there's a good chance they won't align. But, it's likely that you have a second or third choice, and so do they, so talk it out and see if one of your runner-up choices matches up better. It forces you to both be flexible.

In the moment, it always seems like the most important thing in the world is to be right. But if you remove yourself from the situation, you're reminded why you care for each other and why your compatible, and it's a nice reminder that compromising with your partner sometimes feels even better than winning (....almost).

7. Get Ready To Be Proven Wrong

More like this
The Best Time To Date After A Breakup, According To Experts
By Bustle Editors
The Top Mistakes Scorpios Make In Relationships (& How To Avoid Them)
By Nina Kahn
12 Ways You're Sabotaging Your Love Life
By Teresa Newsome and Lexi Inks
Why A Relationship Timeline Isn't Necessary For Everyone
By Lexi Inks
Get Even More From Bustle — Sign Up For The Newsletter