Andy Samberg is well known for his work on Saturday Night Live, with Lonely Island, and as Jake Peralta, his character on Brooklyn Nine-Nine. Who would have thunk, watching videos like “I Just Had Sex," that Andy Samberg would go on to host the Emmy Awards, one of the biggest nights in television? I always thought that he was one of the unsung comic geniuses of Saturday Night Live, so I expected plenty of great things from Samberg’s Emmy Awards monologue and opening act. And you know what? He totally delivered everything I wanted and more.

A great monologue for an award show addresses all of the nominees. That is what you’re there for — to honor the, as Amy Poehler put it at the Golden Globes, “rat-faced people of television.” But if you just do that, it’s boring. You have to add some flavor to the monologue, in the form of subtle jabs at stars in the room, topical humor (political or otherwise), and if you want to add some singing in there, too, I’m always down for that (like how Jimmy Fallon did “Born to Run” when he hosted in 2010). Samberg, as Samberg is wont to do, walked the line between Lonely Island silly and appropriate for the Emmys.

He opened the show with a hilarious video about a man who watched all the television his friends were badgering him about (Empire, Mad Men, Castle, Scandal) in a whole year. In true Samberg fashion, he had the best guest stars — Jon Hamm, Nathan Fillion, and Kerry Washington, to name a few — and dozens of pop culture references. Will Forte even jumped in on the fun as Javert from Les Miserables, trying to arrest Samberg for “watching too much television,” even though it’s not against the law. Whoops! Samberg then paid an homage to Billy Crystal’s Oscar hosting gigs by inserting himself into every popular show on television.

For his opening monologue, the 37-year-old struck the perfect balance between political, entertainment, and topical humor. He probably disappointed plenty of folk when he announced that “Justin Timberlake is not coming,” but that’s something I probably would have expected, so I’m glad that the host cleared it up. One liners like “Is it just me, or does Bernie Sanders always look like his flight is delayed?” and “If I wanted to see an intolerant lady dance, I would have gone to one of Kim Davis’ four weddings,” danced between zingers about Amy Schumer, Bill Cosby, and Robert Durst. Samberg’s brand of comedy is so irreverent and smart that it’s a perfect juxtaposition to the Emmy Awards’ traditional scene.

All in all, his Emmys opener and monologue were one of the best that I’ve seen in years. If the rest of the show goes like this, I vote for Samberg to host every Emmy Awards show ever for the rest of time. 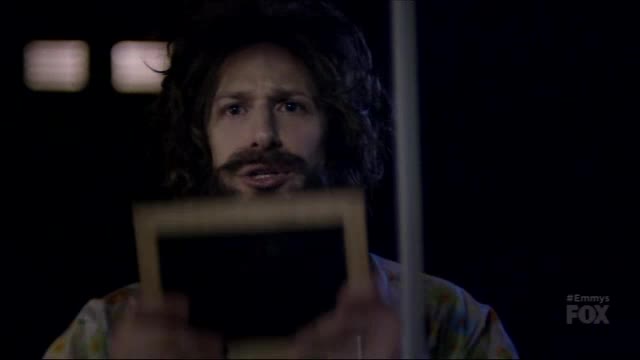