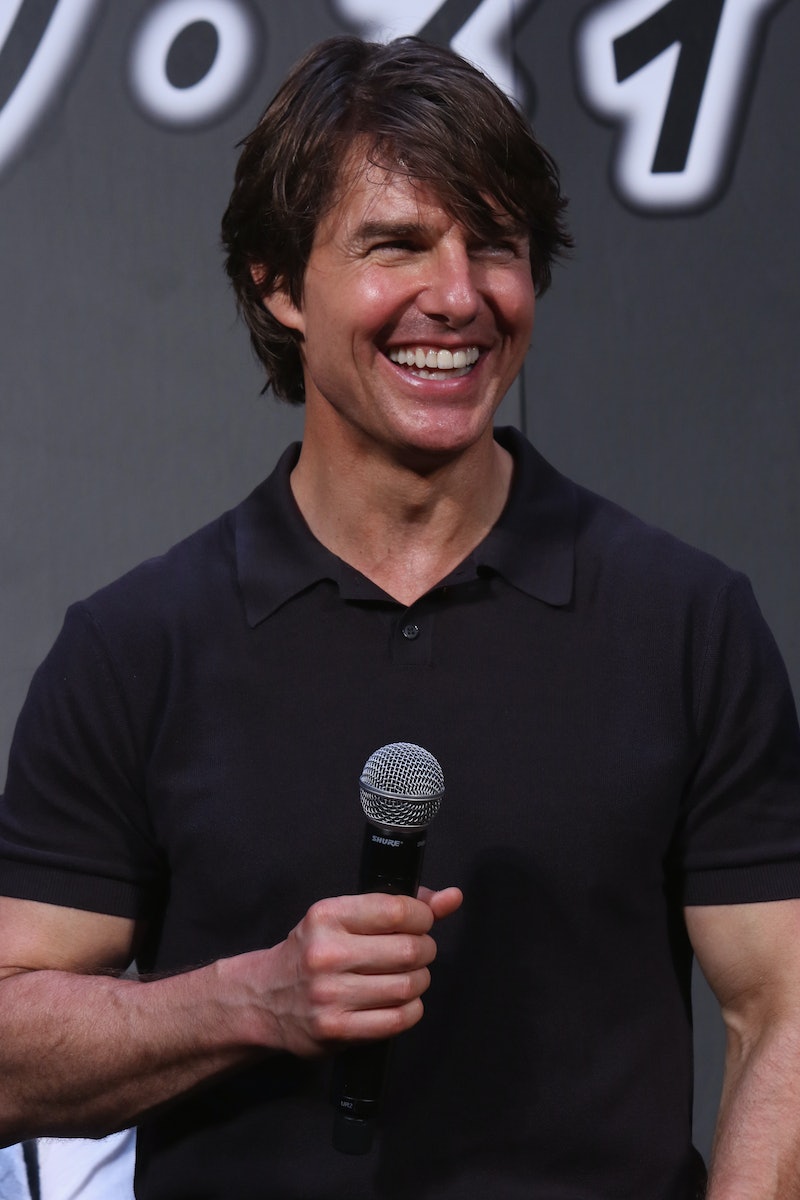 The 2002 sci-fi movie version of Minority Report had some big names attached to it. After all, it was directed by Steven Spielberg and starred Tom Cruise; it just screamed "blockbuster hit." So, now that FOX is premiering a TV version of the film on September 21 — the first TV adaptation of one of Spielberg's properties — are any of these mega-watt names going to come over and lend their star power to help the show out? In other words, will Tom Cruise be on Minority Report, the way Bradley Cooper will be on Limitless?

There isn't a story-related reason that Cruise's character, John Anderton, couldn't return to the show. The new Minority Report takes place 10 years after the events of the movie, and the "precogs" — people who can see into the future and were being used to stop crimes before they happened — featured in the TV show are the same precogs that [huge movie spoiler] Anderton freed in the film. Since he obviously has a relationship with the precogs, it'd be easy for him to make a cameo.

Still, I wouldn't hold your breath waiting for Cruise to show up. Even though it would make sense story-wise for him to turn up on the show, he probably won't for the following reasons.

1. We Would Have Heard By Now

If movie star Tom Cruise decided to head to TV with Wilmer Valderrama, you wouldn't need precognition to know about it. I'm sure the show would have his face in every trailer, commercial, and interview. Instead, the only thing that's been said about Cruise came from executive producer Kevin Falls. According to Deadline, at Comic Con, Falls "quickly teased that Tom Cruise’s appearance is something that may or may not happen.'" But, before you get your hopes up, Deadline continued that's it actually a long shot: "However, per one insider on the show who was clarifying Falls’ statement to Deadline after the panel, that guest star might be just wishful thinking."

2. Other Guest Stars Have Been Announced

If you thought, "Well, maybe they're just trying to keep Cruise under wraps," just know that it's not like there haven't been leaks about who will appear on the show. Entertainment Weekly, for example, reports that The Walking Dead 's Andrew J. West will have a guest spot as "an elegant and very wealthy alpha male playboy" on Minority Report. If they made a big deal out of him, just think of how much fanfare there'd be for a Cruise cameo.

3. He's Got All These Sequels To Film

Have you seen Cruise's schedule? Apart from this summer's Mission: Impossible — Rogue Nation, and all of the publicity he had to do for that, Cruise's dance card is full. He's got Top Gun 2 and Jack Reacher 2 in the works, and he agreed to do another Mission: Impossible movie. That doesn't leave much time for him to do a cameo on Minority Report.

4. It's Not Anderton's Story

Even though they could find a way to work him in, timeline-wise, they don't need the character of John Anderton in the TV show. The show seems more centered around the precogs — something the movie hardly had a chance to do at all. I don't know about you, but I'd rather see what precog life is like post-Precrime than rehash what happened to John Anderton. He had his big adventure already.

Yes, we're in the age of "peak TV," and for-real movie stars have found meaty roles and big successes in limited series on TV. (Hello, Matthew McConaughey.) But, Tom Cruise is one of those few actors who I think is bigger than TV, especially if not in a starring role. Then again, he can be an unpredictable guy, so what do I know? There may be home for a Tom Cruise cameo in Minority Report yet.