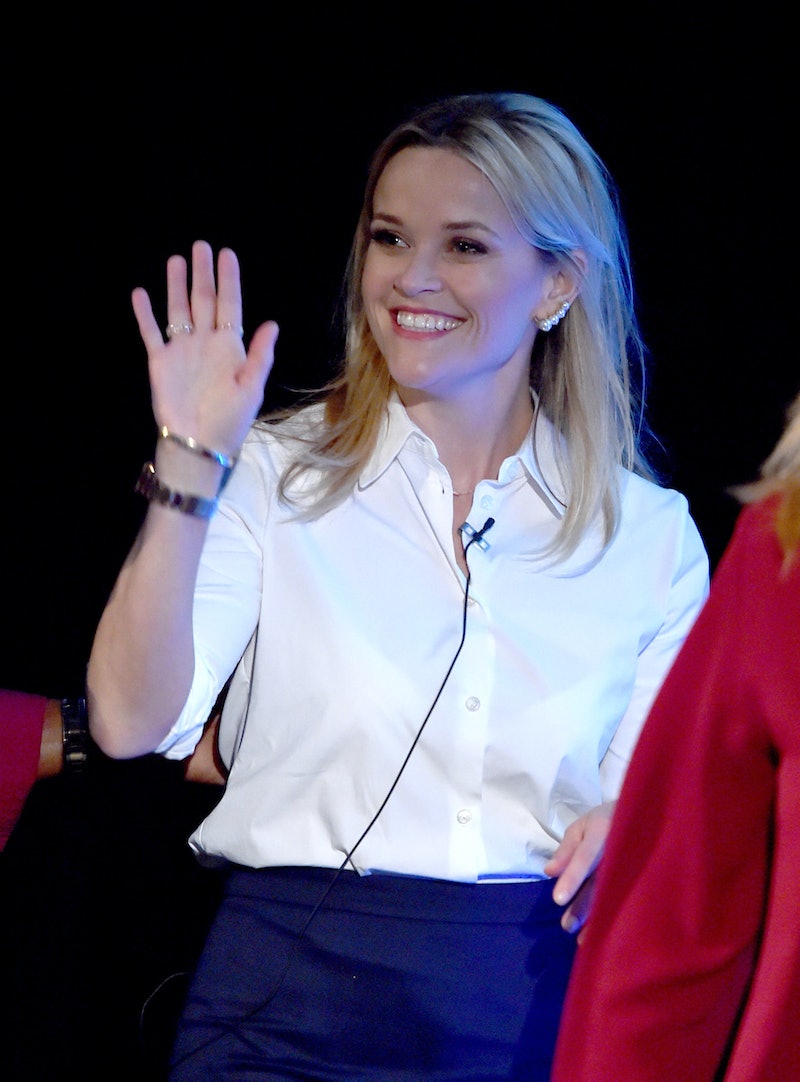 Stephen Hawking has theorized that black holes may in fact be portals to alternate universes. If this is true, then I'll need a first class ticket that takes me to the one with differently cast versions of this universe's movies. For example, I'd like a chance to watch the version of the new Nancy Meyers comedy The Intern that would have been made with Reese Witherspoon, who was once attached to the project. This is not a slight to endgame lead Anne Hathaway at all; I'm talking "in addition to" and not "instead of." Though they're in the same general casting demographic, Witherspoon and Hathaway would certainly have made different acting choices in the part of fashion start-up founder Jules Ostin. But what about others? After all, Witherspoon wasn't the only actor who almost starred in The Intern.

In fact, quite a few famous names circled this project before the studio landed on the dynamic duo of Hathaway as the boss and Robert De Niro as a member of Jules' company's senior internship program. Deadline first reported on the film's initial distribution deal with Paramount back in 2012, and many changes to the casting slate have been made since that piece ran. The movie eventually ended up being released by Warner Bros. Pictures, and those alt-universe versions are languishing behind some black hole. Here are a few of the actors who came close to starring in The Intern.

The only piece of casting in the initial Deadline report was 30 Rock/Unbreakable Kimmy Schmidt goddess Tina Fey for the lead. Fey is currently a 45 to Hathaway's 32, so the dynamic between Jules and her geriatric new employee would have been slightly different. (Also, it's possible Meyers would have aged up Jules's daughter a bit, and given her some junior high conflicts to deal with.)

In my fantasy version of The Intern, Caine retains his posh British accent to play De Niro's character Ben Whittaker. He was attached to the part when Fey was still set to be involved, so I'm sorry to inform you that an Alfred Pennyworth/Liz Lemon buddy pic was once a possibility, but didn't make it to fruition.

As also reported by Variety, Paramount and Meyers ran into some budget snags, but the rights to The Intern were eventually snatched up by Warner Bros. By then, Caine and Fey were out of the picture, but their parts were quickly filled by De Niro and Oscar winner Reese Witherspoon. As I said above, I'm confident she would have been fantastic as Jules, but unfortunately her busy schedule as an actor and producer kept her away from the final product.

Post-Witherspoon, unnamed sources told Variety that Warner Bros. was looking to talk to Kristen Wiig about the role. Unfortunately, we'll never know if that happened, though she would have added some welcome goofiness to the film.

Finally, Deadline reported in 2014 that Veep jerk (and surely real-life nice guy!) Reid Scott was set to play "Eric Sheekey, a fast-talking, overly confident businessman Hathaway sees as a possible CEO of her booming company." There's no such character in the final cut of The Intern, at least one that appears on-screen. It's possible Scott's scenes were cut, which is a tragic turn of events for Dan Egan fans everywhere.

With any of its possible casts, The Intern was destined to be a movie that celebrates friendship and female entrepreneurs.

More like this
Amanda Seyfried Reflects On 'Mean Girls' & "Gross" Remarks That Men Made After It
By Jake Viswanath
Shocked Fans & Former Co-Stars React To Ray Liotta’s Death At 67
By Grace Wehniainen
'Stranger Things' Star Joe Keery Is Dating An "Indie Scream Queen"
By S. Atkinson and Grace Wehniainen
Laura Dern Said “Cultural Awareness” Made Her Rethink This 'Jurassic Park' Fact
By Grace Wehniainen
Get Even More From Bustle — Sign Up For The Newsletter