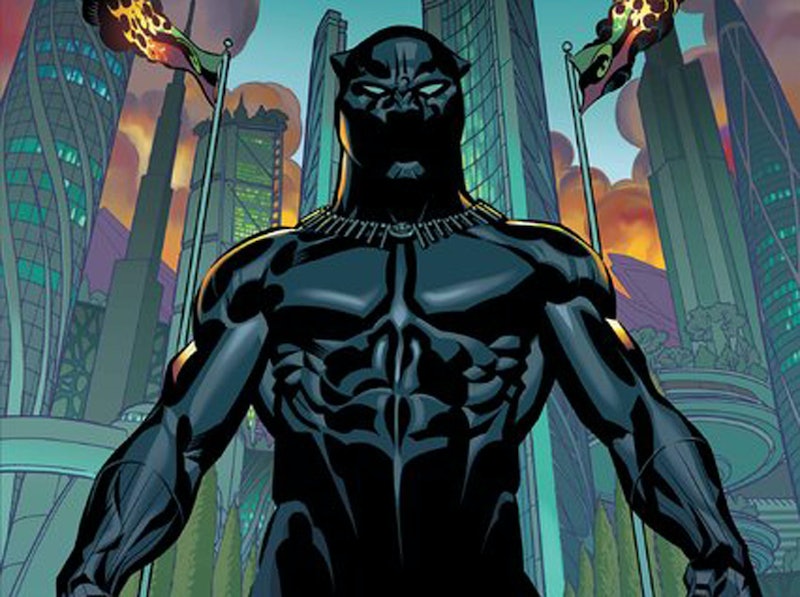 Although Black Panther is set to appear in next year's Captain America: Civil War, fans of the iconic superhero must wait until 2018 to see him headlining his own feature film. Of course, the long wait makes Ta-Nehisi Coates' Black Panther comic all the more exciting. Yes, you read that right. Ta-Nehisi Coates is in charge of the Black Panther reboot.

Coates achieved fame as a journalist for The Atlantic, and his new book, Between the World and Me, made the president's reading list this year. According to The New York Times, he was only attached to the new Black Panther project after interviewing Marvel editor Sana Amanat, who spearheaded the Ms. Marvel reboot. Sometime later, "Marvel reached out, paired Mr. Coates with an editor, and discussions about the comic began."

Black Panther first appeared in a 1966 issue of Fantastic Four, but he didn't headline his own comic until 1977. He's T'Challa, the son of the King of Wakanda, who must step up to fill his father's shoes after the late king is murdered by Nazis attempting to seize Wakanda's vibranium — the material that makes up Captain America's shield — deposits. Black Panther was the first major black superhero, but he's been wrongfully considered a niche market in the past. Aside from a short-lived animated series and a few scant appearances on other heroes' shows, he's never been what you might consider mainstream.

Joining with artist Brian Stelfreeze, Coates has written "A Nation Under Our Feet," based on the Pulitzer Prize-winning book by Steven Hahn, which will serve as the new Black Panther story. In it, T'Challa will fight "a violent uprising in his country set off by a superhuman terrorist group called the People." Coates says he hopes to write something that would have appealed to his 12-year-old self.