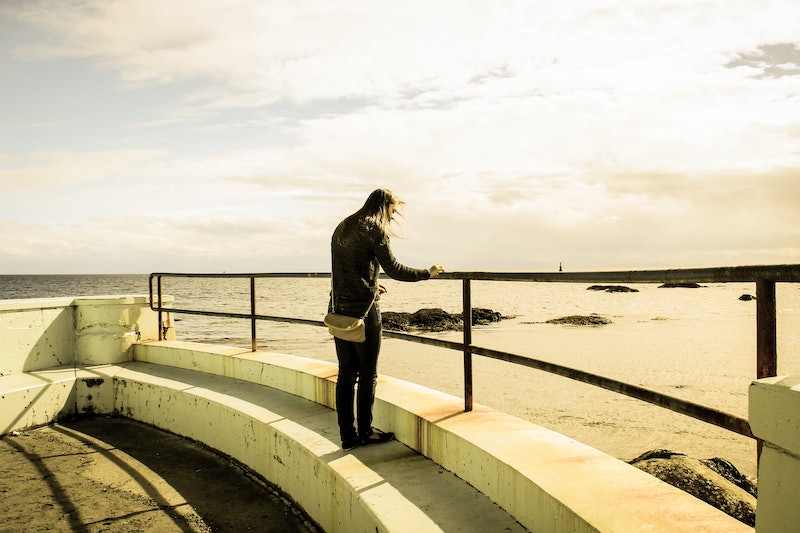 Mental health issues widely affect both men and women, so regardless of gender, we should all be taking our mental health seriously. That said, there are certain mental health issues that affect women most, and this is due to a mixture of biological factors, (women develop less serotonin than men do and our bodies process it slower) socio-cultural influences, (workplace inequality, body shaming, and the pressure to "have it all"), as well as the fact the we have statistically higher chances of experiencing sexual abuse, domestic violence, rape, and attempted rape in our lifetime. It's clear that if you're female, it's imperative that you educate yourself on the gender-specific mental health risks women face.

According to a 2015 study published by the Center for Disease Control and Prevention (CDC), women are more likely to experience serious psychological distress than men are. Women are also up to 40 percent more likely to develop mental illnesses than men, so women in particular should be aware that gender does play a role in mental health.

Depression is twice as common in women as it is in men, (12 percent of women experience depression compared to six percent of men) and there are multiple physical, psychological, and socio-cultural reasons for this.

As I said above, women develop less of the feel-good chemical serotonin, and we process it slower. Additionally, our hormone levels naturally fluctuate more than men's do, (thanks a lot, estrogen) especially during the childbearing process and menopause, which affects mood. On top of that, women are often under more stress than men since we're expected to (and often want to) juggle so many different roles.

According to the Anxiety and Depression Association of America, (ADAA) women are also twice as likely to develop General Anxiety Disorder (GAD), panic disorder, and certain phobias than men are. Again, this is largely attributed to that same unfortunate trifecta of biological, socio-cultural, and psychological reasons that we talked about above.

Fortunately, there are a lot of ways to manage anxiety, from breathing techniques to medication. So if you or a loved one is suffering from anxiety, know that you don't have to do it without help.

While Post-Traumatic Stress Disorder (PTSD) is more commonly associated with men (particularly men who have seen active military duty), of the 7.7 million Americans who suffer from PTSD, women are actually twice as likely to develop the disorder following a traumatic event than men are.

Childhood sexual abuse is another major contributor to lifetime struggles with PTSD, and a sickening 82 percent of juvenile sexual abuse victims are girls.

Though men die from suicide four times as often as women do — 77.9 percent of suicides in the U.S. are male — women actually attempt suicide two to three times more often than men do. According the the CDC's research, women are more likely to have suicidal thoughts, (undoubtedly because we're more likely to suffer from depression, anxiety, and PTSD) but male suicide attempts are usually more violent and impulsive, making them more "successful."

While men also suffer from eating disorders, it's no surprise that women make up 85 percent of all anorexia and bulimia cases and 65 percent of all binge-eating disorder cases. Women are conditioned from childhood to strive for "perfect" bodies, we're taught to compare our bodies to those of other women, and we're encouraged from early on in life to compete with each other for the attention of men. We're bombarded with images of what we're all "supposed" to look like, and society starts to sexualize us before we've even reached the far side of puberty. So, unsurprisingly, women suffer from eating disorders the most — and since anorexia is the deadliest mental illness out there, eating disorders should be taken seriously.

If you or someone you love is struggling with an eating disorder or any other mental health issue, don't ignore it or trust that it will get better on it's own. Please seek treatment; your mental health is precious, and you shouldn't feel like you have to "fix it" all by yourself.