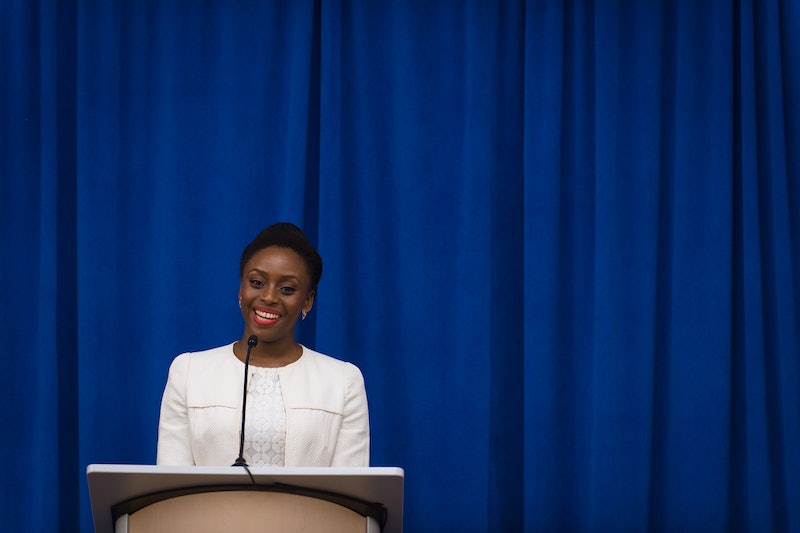 Occasionally, I forget why I love reading so much and my book consumption drops precipitously, until I come across a book that jolts me out of my funk. Chimamanda Ngozi Adichie’s Americanah was one of those: it’s so immensely, transparently brilliant that I wanted to underline every other line. I ended up giving away my copy so that someone else could read it, because, really, everyone should.

Adichie is the kind of writer who forces you to look outside of yourself: observant and unsparing on race and gender, blogs and hair salons, academia and immigration. Reading her work, you feel like she might just be able to do anything. Americanah not only perfectly dissects the American conversation around race, but also portrays one of the most convincing literary love stories of all time. Half of a Yellow Sun recounts a pivotal period of Nigerian history through the eyes of charaters who feel as real as your best friend. In her TED talks, Adichie renders complex arguments straightforwardly, with crack comic timing to boot.

The beauty and insight of Adichie’s writing is best appreciated in the context of her engrossing narratives and well-built arguments, but that doesn’t mean she can’t write a killer one-liner. I’ve collected 11 of her most inspiring quotes on creativity, social justice, and living your best life.

On Being Too Awesome

"The problem with gender is that it prescribes how we should be rather than recognizing how we are. Imagine how much happier we would be, how much freer to be our true individual selves, if we didn’t have the weight of gender expectations."

"Racism should never have happened and so you don't get a cookie for reducing it."

"Why did people ask "What is it about?" as if a novel had to be about only one thing."

"Our histories cling to us. We are shaped by where we come from."

"Some people ask: 'Why the word feminist? Why not just say you are a believer in human rights, or something like that?' Because that would be dishonest. Feminism is, of course, part of human rights in general - but to choose to use the vague expression human rights is to deny the specific and particular problem of gender. It would be a way of pretending that it was not women who have, for centuries, been excluded. It would be a way of denying that the problem of gender targets women. That the problem was not about being human, but specifically about being a female human. For centuries, the world divided human beings into two groups and then proceeded to exclude and oppress one group. It is only fair that the solution to the problem acknowledge that."

"I think you travel to search and you come back home to find yourself there."

"You can't write a script in your mind and then force yourself to follow it. You have to let yourself be."

"We do not just risk repeating history if we sweep it under the carpet, we also risk being myopic about our present."

"To choose to writes is to reject silence."