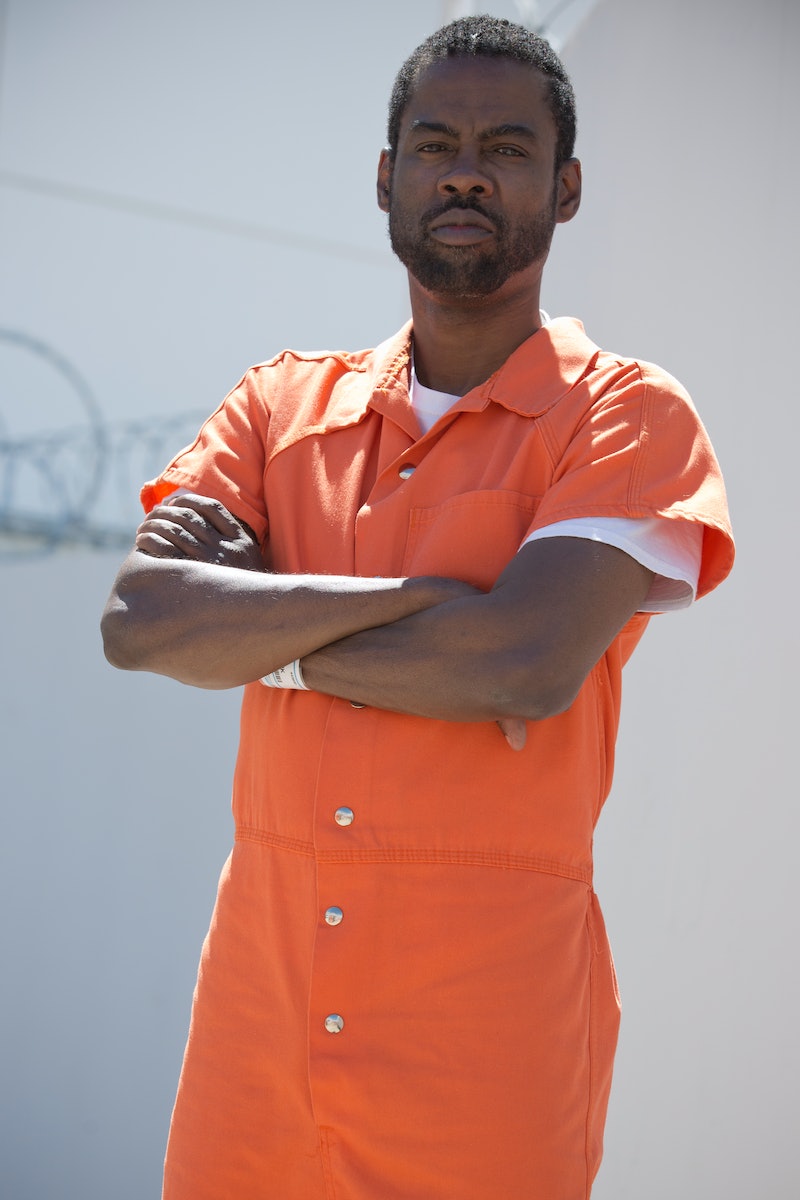 Things aren't looking good for Cookie Lyon in the Season 2 premiere of Empire . Despite Lucious being in jail at the moment and her working with Hakeem, Andre, and Anika on a hostile takeover of Empire Entertainment, she has all kinds of problems. For one, her favorite son seems to be slowly turning into his father, or at the very least, is turning against the rest of his family because of his father, and then there's the always looming fear of Frank Gathers. But who is Frank Gathers, played by Chris Rock, and what could his appearance in Season 2 mean for Cookie's future?

Gathers was the drug kingpin whom both Cookie and Lucious worked for, before Lucious' career took off with his wife's help. The Lyons believed that they were out from under his thumb, but Cookie was only released from jail early in exchange for testifying against him — something that kept her on edge throughout Season 1. As photos posted from the Empire set revealed, we'll finally meet Frank in prison, where he runs into Lucious. Rock seems like a strange casting choice, considering how this man supposedly puts the fear of God in Cookie, who's not one to back down from an opponent, so I'm curious to see just how intimidating he can be in the Season 2 premiere. But why is Frank being introduced and potentially going after Cookie now?

The most obvious reason would be if he found out that she testified against him, landing him in prison alongside Lucious. But they have more beef than the possibility of him finding out this secret. In Season 1, Cookie received a rose at the front door of her apartment, the symbol Frank used for his drugs. This made Cookie fear that Frank had found out she was snitching to the feds, so she made a call to her cousin, who killed one of Frank's associates. To catch up on everything that happened in Empire Season 1, check out the drunk recap video below.

From what we've seen of Season 2, it looks like Frank will only come face-to-face with Lucious, not Cookie, and there's no way Lucious will be the one to rat her out, because he doesn't even know about her deal with the feds or hit on Frank's associate. There are only a few ways Frank could discover the truth: If Cookie's cousin confesses to his involvement, one of his friends turns on him, or someone from Frank's crew saw the hit go down. No matter what, Cookie is in trouble. Frank may be in prison, but from what Empire has told us about him, I'm sure he can do a ton of damage from behind bars.