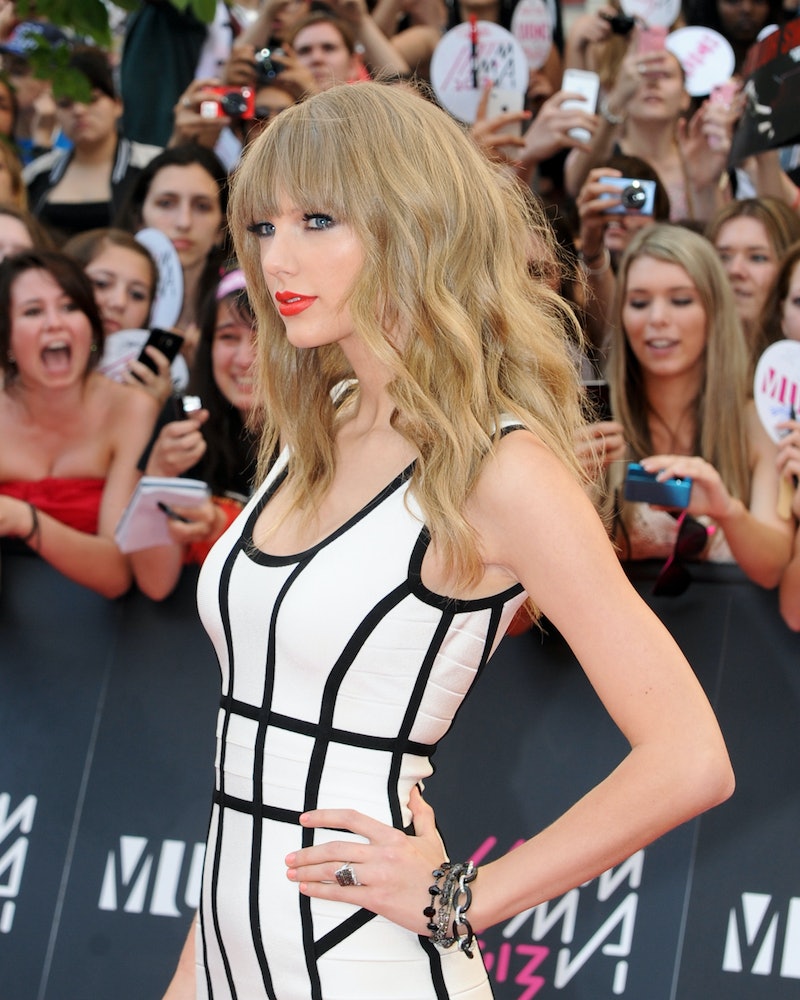 Taylor Swift is no stranger to being "slut-shamed." The singer — whose romantic life is even more talked-about than her music — has often been labeled as promiscuous for having a long string of boyfriends. In fact, Abercrombie just came under fire for selling a t-shirt that read "# more boyfriends than t.s." (It was recently pulled from stores after protests from "Swifties" everywhere.)

So it's not all that surprising that the hate-fueled Westboro Baptist Church has taken an interest in taking down Swift. The group will picket Swift's Kansas City, MO show on the grounds that Swift is a whore. Because, you know, they're horrible like that.

The group behind the protests of the funerals of American soldiers, AIDS victims, and, recently, the victims of the Newtown, Conn., and Aurora, Colo., shootings, said in a press release that Swift "works her 'girl next door' country-singer shtick, while hopping from one young man to the next and strutting across the world stage like a proud whore." Ben Phelps, grandson of Westboro Baptist Church founder Fred Phelps Sr. writes on the church's website, “This girl is a whore. Who else is gonna say that if it’s not the church of the Lord Jesus? She’s coming into our backyard. We’re gonna go preach to her.”

Really?! Calling a 22-year-old girl a whore doesn't seem super "Christian" to us, but neither does anything that the Westboro Baptist Church does in the name of faith. As always, we knew you were trouble when you walked in — as that "whore" on the radio would say.

The good news? If Swifties were able to take down Abercrombie's only slightly offensive tee, we are confident that Swift fans will take a stand against this hate group when it comes time for them to protest.