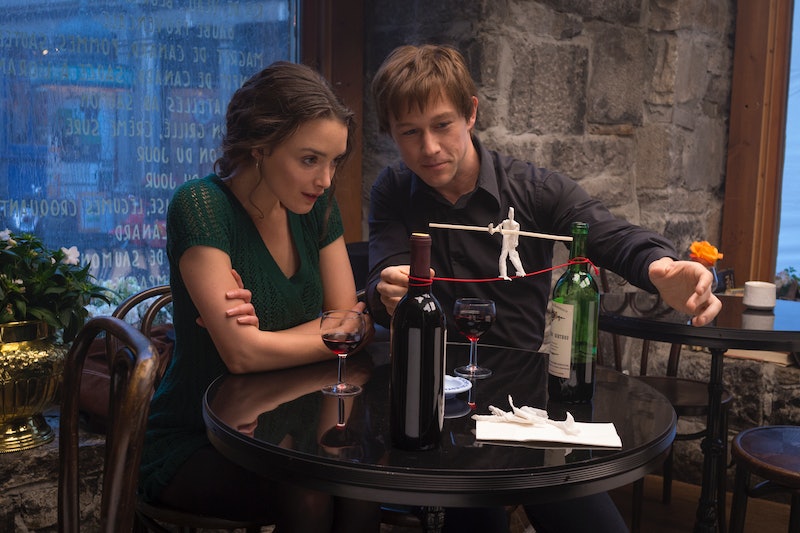 Some stories are so epic — so downright unbelievable — that they warrant being told over and over again. The tale of French artist Philippe Petit's 1974 illegal tightrope walk between the two World Trade Center towers, which is being told again in the film The Walk , is one of those. Petit recorded his version of events for posterity in the autobiography To Reach The Clouds. His experience was also translated into an award-winning illustrated children's book by Mordicai Gerstein called The Man Who Walked Between The Towers, which tracks because Petit's feat is sounds almost magical. In 2009, the British-made documentary Man On Wire captured the imagination of a wider and younger audience who weren't around for the aftermath of the stunt itself. And on Sept. 30, a fictionalized narrative account starring Joseph Gordon-Levitt as the wire-walker opens on IMAX 3D screens. With an Oscar winning documentary already in the canon, why was director Robert Zemeckis compelled to make his new movie? How is The Walk different than Man On Wire ?

Zemeckis is a director who's always interested in using new filmmaking techniques to enhance plot. Take his groundbreaking performance capture work in A Christmas Carol, Polar Express, and Beowulf. With The Walk, he was motivated to apply what the movie's synopsis calls "innovative photorealistic techniques and IMAX 3D wizardry" to Petit's story in order to give viewers a more intense and intimate experience. The potential of the technology was basically the impetus for the entire film, Zemeckis told Vanity Fair.

The thing that neither the book nor the documentary could do was actually put the audience up on the wire with Philippe...We did. And that is what movies are all about.

Indeed! Stories can be molded by the medium, and from the look of the film's trailers, The Walk will have an experiential quality that other versions, for all their merit, weren't capable of attaining. And with all the at-home options that audiences now have for HQ movie viewing, The Walk is good argument for getting that in-theater experience. This is not a movie to watch on a laptop screen.

On the other hand, Man On Wire director James Marsh used a combination of documentary tactics and the kind of pacing you might find in a heist film to dial up his movie's suspense. (The documentary features a hefty amount of archive footage, as well as reenactments by Petit himself.) Marsh wanted audiences to relate to the meticulous plotting and planning that Petit and his friends went about in order to set up the high-flying performance piece like they would to the plot of a Hollywood thriller. He told Time Out London how his objectives differed from those of the average non-fiction filmmaker:

The first objective was to put on a good show. I didn’t want to make a responsible documentary. I wanted to push the form to encompass and embrace what Philippe had achieved and the preceding criminal conspiracy. It almost becomes a genre film as much as a documentary.