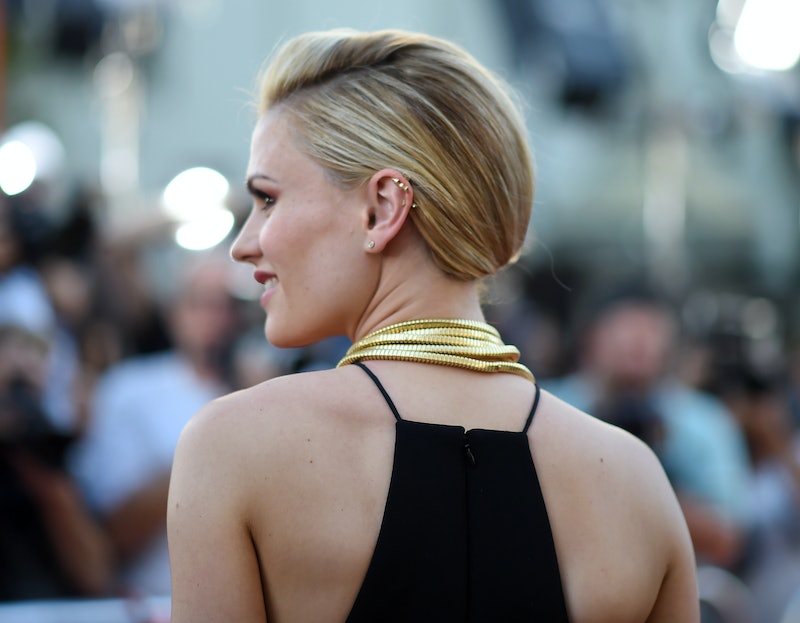 It's Bisexual Visibility Day — that wonderful day of the year when the bisexual community has its time in the sun and fills Twitter with amazing invisibility jokes. But Bi Week (it's not just a day) is about more than that, because bisexual people are often erased and hidden in conversations about the LGBQT community. Myths about bisexuality abound, but one of the most persistent is that bisexual women in particular are promiscuous, always DTF, and delighted at any and all sexual propositions. Of these stereotypes, one of the most common is "the unicorn": A hot bi babe willing to enter a threesome with no strings attached.

Do such women exist? Of course they do. Are all bi women like that? Of course they're not. And more importantly, people of all sexualities can be interested in precisely that kind of arrangement. Sexual orientation doesn't necessarily reflect relationship orientation or sexuality. But the assumption that bi women are ready for anything is misogynistic and objectifying. Bisexual women are highly sexualized, and it needs to stop.

The sexualization of bi women — the leers when women come out as bi, the crude comments about their supposed willingness to engage in threesomes, the unsolicited approaches from unicorn hunters on dating sites — speaks to something in the way society thinks about them.

First, let's dispense with the notion that being promiscuous is wrong. People of any gender can do whatever they want in their sex lives, so long as they don't harm anyone. Grownups can make their own decisions about their sexuality. Some bisexual women love having lots of sex! Some straight women do, too! So do agender people and genderqueers and others across the gender spectrum. And the structure of sexual relationships doesn't matter, either. Monogamy and non-monogamy and polyamory are just different extensions of human sexuality and relationship orientations, and none is superior to any other.

Second, let's toss the idea that bisexuality is a rigid identity, and that the gender of one's sexual partners automatically dictates sexual orientation. Bisexual people are often told that they're confused, that they can't make up their minds, or that they aren't "really" bisexual, often on the basis of who they're dating. Lady dating a man? "You're heterosexual; stop lying to yourself." Man married to a man? "You're gay; deal with it."

But back to unicorns. The unicorn ideal is an attractive woman who's willing to enter an existing relationship to have fun sexytimes, perhaps even dating both partners, without her partners actually having any commitment to her. She's the outsider in the relationship, even though they may assure her that "you're really our equal." She doesn't participate in big life decisions, she doesn't live with them, they're not emotionally invested in her, and they can drop her once they're tired of their toy. As long as she doesn't disrupt or destabilize the existing relationship, she's allowed to stay, but when the dynamic shifts, she'll be first out the door.

Lots of people have and enjoy closed triads, however they define their relationships — as poly, as open relationships, simply as triads, etc. Those triads come with emotional investment and commitment, though, with partners investing equal emotional resources into the relationship. Other people may have additional sexual partners who join them for threesomes or extended "friends with benefits"-type arrangements in which all parties are comfortable with what's going on. The unicorn, however, is expected to straddle the divide, sometimes at great emotional cost.

Bisexual women aren't any more likely than other women to decide that's what they're interested in. Identifying as bisexual doesn't really provide much interest about sexual proclivities. Bisexual women can be kinky or vanilla, poly or monogamous, or even taking a break from sex altogether. The sexualization of bi women — the leers when women come out as bi, the crude comments about their supposed willingness to engage in threesomes, the unsolicited approaches from unicorn hunters on dating sites — speaks to something in the way society thinks about them.

Couples who are thinking about opening up their relationships are often scared, which is understandable. Their approach is often to seek out a unicorn, usually a woman. They perceive this as a low-risk, low-investment dabble into the waters of open relationships. But they're not thinking about the emotional costs to whomever they might get involved with.

For bisexual women, it's obnoxious to be constantly chased by unicorn hunters. And it's degrading to be treated like their humanity doesn't matter and they're disposable sex dolls, rather than human beings with emotions and desires of their own. So people, stop chasing unicorns. Pick up a copy of Opening Up or The Ethical Slut and start discussing whether you want to open your relationship instead.