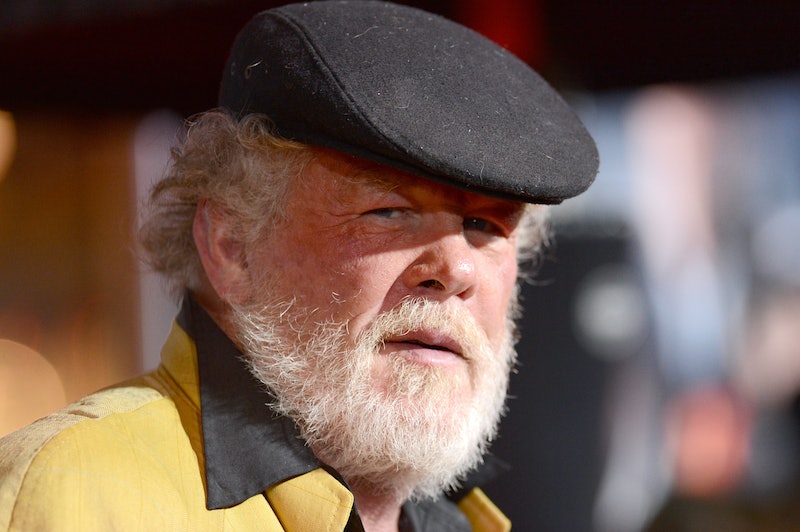 We've talked before about the American adaptation of BBC's Broadchurch. Now we're going to again, because Nick Nolte and Michael Peña have both been added to the Gracepoint cast, so this one's shaping up to have a pretty impressive pedigree.

Gracepoint is already notable for casting BBC Broadchurch star David Tennant in the same (or an incredibly similar) role that he played in the UK, only this time with an American accent. We also wrote a few months back about the show's casting of Breaking Bad alumna Anna Gunn. Tennant will be playing lead detective Emmett, Gunn will be playing detective Ellie Miller. Jackie Weaver is also in the cast as Susan Wright, who takes an interest in the main death.

Nolte and Peña — who co-starred in Gangster Squad — are the newest additions to the cast. According to TVLine, Nolte will be playing this dude:

Jack Reinhold, a stubborn, unmarried, willful man who has lived in Gracepoint for 20 years. He runs the kayak rental on the beach as well as the local wildlife observation program, where the murdered boy was one of his volunteers.

Peña, for his part, will be playing someone who, according to Hypable, is a "character named Mark [who] plays a pivotal role in the outcome of Danny’s murder."

Gracepoint starts filming in January in Victoria, by which point Tennant will have hopefully ditched that truly terrible hair he's been sporting for his stage exploits in London.