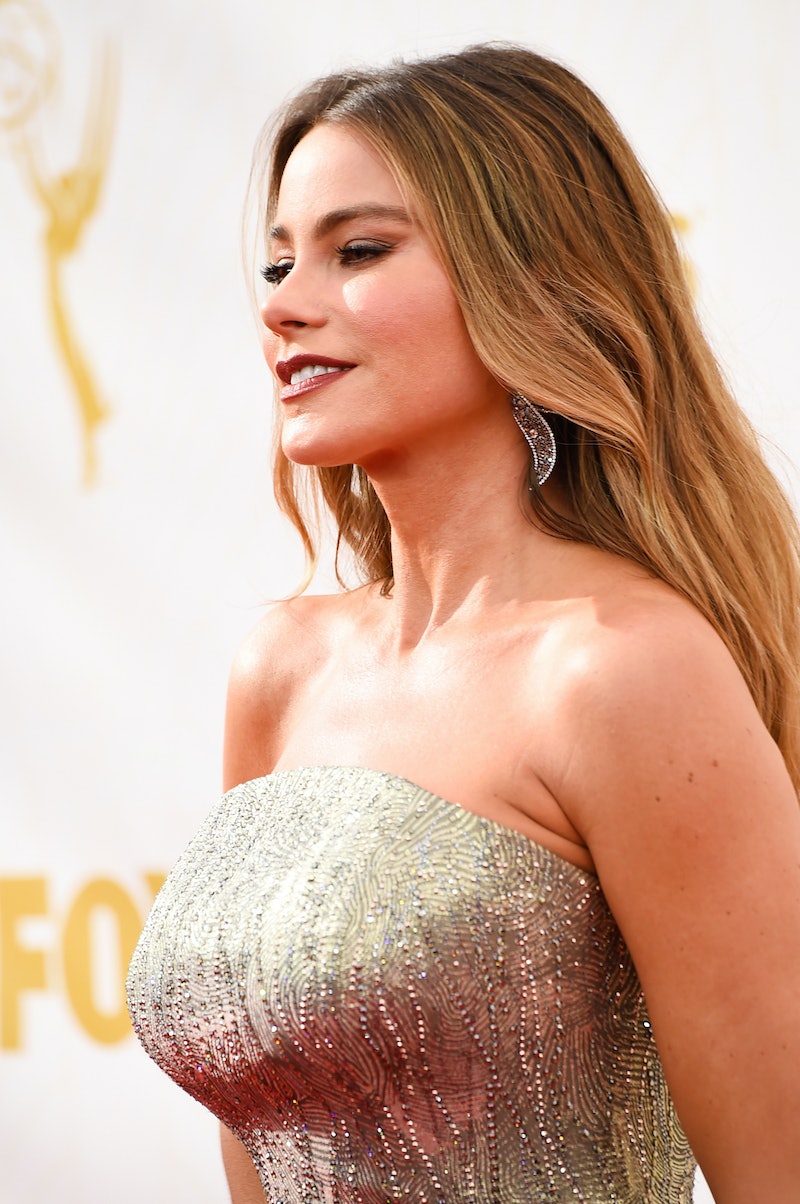 I grew up with a South American family and if there is one thing I strictly remember learning from a young age, it is the power of coffee... in every way, shape, and form. I was probably only seven years old when I would ask for an espresso like the adults (which was usually just milk with a tiny dot of coffee) but oh, that's where the love affair began. I was a barista for most of my college years, and have seen first-hand how a cup of coffee (or lack of one) can make people feel. Colombian Sofia Vergara knows a bit about the magical bean, and confessed to People at an event for Coffee Ninja Bar, “I like it black. I like it strong, I don’t put sugar or anything in it — I really like tasting the flavor of the coffee."

Hmmm, that sounds a lot like me and millions of other people around the globe — celebrities included. We've seen Britney Spears and her die-hard allegiance to the Frappucino and plenty of paparrazi shots of our favorites doing their daily coffee runs. How else do you think they get through those 18 hour shoot days? Since Vergara shared some words about her favorite caffeinated beverage, I decided to round up some more celebrities who have openly shared their addiction to coffee, proving its beautifully delicious power.

In an interview with TIME, Ariana Grande was asked very important coffee questions like, does she always order a grande sized drink at Starbucks? She replied, "No, sometimes I get that venti, you know? Some days that’s what you need in your life... I love soy lattes. Obviously I don’t have dairy because I’m a vegan, but they taste out of this world to me."

Hugh Jackman uses his love for coffee for good. He launched the Laughing Man Coffee Foundation to support development programs for communities around the world, especially those of coffee growers. He said of his love of coffee to Redbook, "An influx of Italian immigrants after World War II ensured that — we probably had the word cappuccino about 20 years before America. Cafe culture is really big for Aussies. We like to work hard, but we take our leisure time seriously."

Back in 2006, Chan announced plans to open up a chain of coffee shops around Asia. He said in the press release, “Coffee, like music and movies, knows no barriers. Coffee is also a language in itself. When you watch my movies, you think of Jackie Chan. When you drink coffee, I hope you will also think Jackie Chan.” That's quite the statement! Do you think Jackie Chan when you have your morning cup?

I am pretty much obsessed with coffee. I've been drinking coffee on a regular basis since I was in the ninth grade... Maybe there's not an idea in every bean, but for me there are many good ideas hiding in coffee... Even bad coffee is better than no coffee at all.

If you've ever had a black eye, you will understand its intensity and wonderment.

In an interview with Esquire in 1994, Letterman quipped that he drinks "Way too much coffee," before continuing, "But if it weren't for the coffee, I'd have no identifiable personality whatsoever. So that's what we have here."

London shared with Woman's Day how she gets her day started: "I’m not one of those people who wakes up and thinks, ‘Bring on the day!’ I have to have about 7 pints of coffee before I’m even remotely awake.”

She only needed to say the words, "Coffee. COFFEE. -me, everyday," and we all understood.

Seinfeld had been listening to NPR's series Coffee Week and felt compelled to share quite a lot about his newest obsession with the show. (Not to mention, he has his own webseries on Crackle called Comedians in Cars Getting Coffee.) One standout quote:

As I sit here sipping my second cup of coffee, it's nice to know that there are plenty of people out there who also understand the pain and addiction of something so sweet and wonderful. You see, it beings out the poet in me.