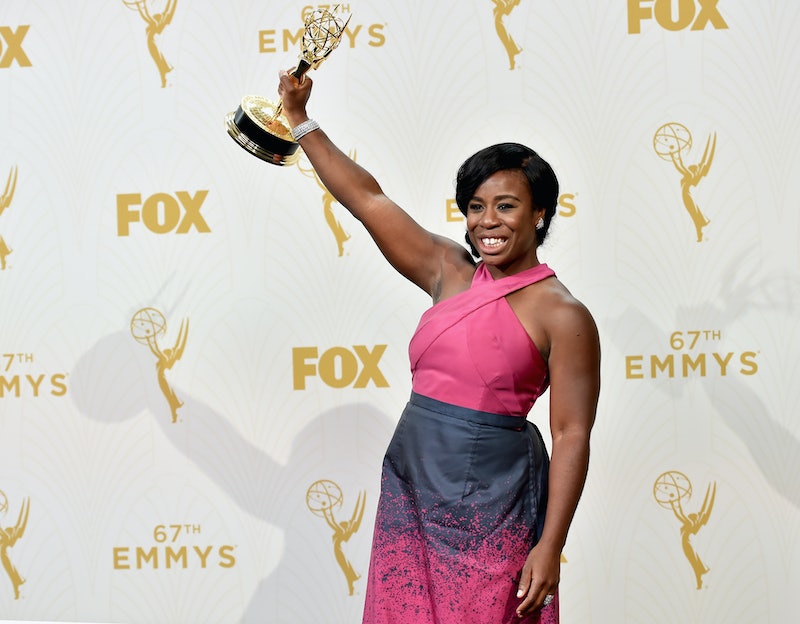 An inspiring new video from the Hillary Clinton campaign, called "Join Women For Hillary," features female celebrities and other amazing women all saying "It's time." Uzo Aduba, Lena Dunham, Billie Jean King and women from around the country are included in the video, which boasts an incredible monologue made from many of their voices melded together. The video begins with a child's voice, and then changes with each clip of all the women fighting for something they deeply believe in:

We know how it feels to be knocked down. All of us, we’ve been fighting for such a long time. Inching forward in shoes that pinch our feet. Really great shoes. And we tell our daughters you can be anything you want when you grow up. This is our country. The American promise? That’s ours, too. We want to know it, we want to wake up every morning knowing that it’s ours. Because we nail the exam. Then pick up the kids. We work hard for our families and make decisions for ourselves. We pass down traditions. Build new lives. Get through the hardest moments, and keep going.

It's an uplifting call to action to think about the way women live their lives, and it's something all women can relate to. Featured in the video are not only inspiring celebrities, but also nurses, mothers and daughters, couples, figure skaters, boxers, violinists, etc. It gets across the message that women come together from all walks of life to unite under one specific idea: That it's time that women feel like America is their country.

Clinton's video also contains clever quotes which immediately make the viewer think not only about themselves and their loved ones, but also about the connotations these ideas hold in relation to Clinton — like a well-placed reference to the glass ceiling. It continues:

We’re the coach and the cheerleader, the knight in shining armor. We don’t fit into boxes. And we won’t stay trapped beneath glass. We’re going to battle and climb. Strive and soar. And lift each other up. For our mothers, for the abuelitas who hold our families together. For our teachers, for our sisters, for the friends who know us better than we know ourself. For our daughters, for every daughter who dreams that someday she’ll be president. Join Women for Hillary. Be part of this.