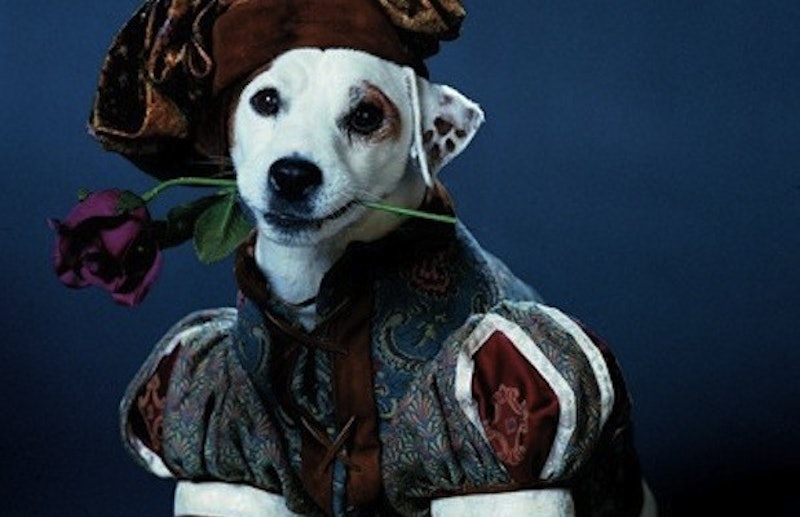 Remember when you used to waste hours watching Wishbone, Ghostwriter and The Magic School Bus after school? Remember how much fun you had? Well here's a shocker for you: In addition to having fun, you were totally learning, because the '90s had the best educational shows for kids. Whether the subject was literature, science or geography, you can be sure there was a show for it — and that the show was both awesome and approved for viewing in class on rainy days. Clearly, the creators of these series were mad scientists, because they managed to convince children that science and classic novels were not only fun, but also worth devoting precious TV time to. Honestly, most of these '90s shows were so entertaining that I would (and sometimes do) still watch them today.

The shows on PBS were just as richly entertaining as the "fun" ones over on Nickelodeon. By finding that delicate balance between fun and learning, '90s educational programming came up with a way to make kids care about Ivanhoe through the power of an adorable Jack Russell terrier, or learn about foreign countries from a woman with an amazing hat. I mean, I know I have PBS to at least partially thank for my love of reading and writing (and for being able to correctly answer a whole lot of Jeopardy questions about classics I've never actually read).

The nine shows on this list include the very best educational programming the '90s had to offer. They were so addictive that they made you forget you were learning.

An episode of Ms. Frizzle's adventures was better than a field trip to your local museum any day of the week. Being in Ms. Frizzle's class meant exploring space, entering the occasional bloodstream, and becoming water. Students like Ralphie, Carlos, and — my favorite — Arnold ("I should have stayed home today!") were along for the ride to learn, while the viewers were entranced by Ms. Frizzle's eccentric personality.

Any show with a talking dog in it is going to hold my attention. But the cool thing about Wishbone was that the talking dog was a bookworm who taught me about The Three Musketeers, A Tale of Two Cities and even Faust — all while I was still in grade school. Because he was so darn cute, I actually retained all of the information I learned about those classics.

3. Where In the World Is Carmen Sandiego?

According to The New York Times, Carmen Sandiego was created because kids in the United States were really bad at geography. By creating a game show that combined espionage, sleuthing and trivia questions about the world at large, PBS made the subject more accessible and interesting than your average textbook could. It also inadvertently made a (fake) famed criminal the coolest character on TV, but you have to choose your battles when it comes to learning.

By creating intricate mysteries that unfolded over multiple episodes, Ghostwriter managed to introduce kids to the concept of serialized television, and engage them in improving their reading, writing, and comprehension skills. It was also just an amazingly fun show to watch. It should also be noted that the show probably provided enough nightmare fuel with the run of episodes involving Gooey Gus (a slime monster that the character Casey wrote into existence) to terrify '90s kids for the rest of their lives.

Bill Nye is a rockstar to the '90s generation because he let kids in on a well-kept secret: Science is anything but dull. The subject can be funny, fascinating, and almost magical (except for the part where it is 100 percent real, and easy to understand when a friendly man in a blue lab coat is explaining it to you). Nye's half-hour show brought science to life, and became must-see TV in the process.

On the surface, Arthur doesn't seem as overtly educational as other shows on this list. But the PBS series taught perhaps the most important subject of all: How to be decent member of a diverse society. Arthur is all about family, books, understanding your friends differing backgrounds, and sometimes even science (D.W.'s disappearing snowball, anyone?). The show is so good at imparting life lessons that it is still churning out new episodes.

Thank goodness for government-mandated educational programming. Without it, my childhood weekend mornings would have been sadly lacking in the learning about wild animals department. TV is really not the same without Hanna's enthusiasm for nature.

Like a zanier Bill Nye, Beakman presented himself as an actual mad scientist, which gave him a little extra room to get weird and do some truly outrageous science projects. Attempting to replicate these projects at home often resulted in angry parents — but at least you could say you were doing it all in the name of science.

While Reading Rainbow first premiered in the '80s, it was still going strong in the '90s. LeVar Burton not only opened up the world of literature to children, he also used the show to take kids out into the real world to meet hardworking adults. Each episode's theme would relate back to not only a book, but to a way of life.

You really want to go watch all of these shows now, don't you? Such is the power of well-crafted educational kids shows.