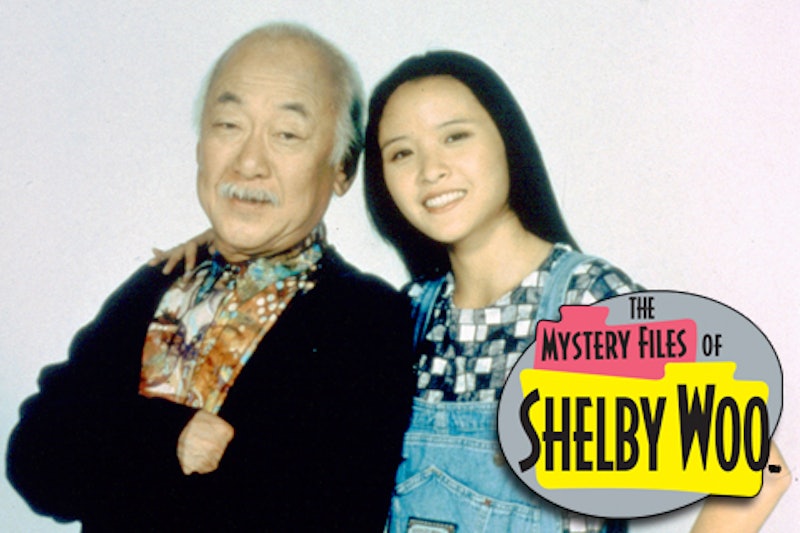 There was a wealth of great TV for kids in the '90s, so much so that nostalgia fever has run rampant in my generation. It is easy to remember ubiquitous shows like Boy Meets World, Full House, and Rugrats, and even the smaller, cult shows like So Weird and The Secret World of Alex Mack still have their followers. But, do you remember the really obscure stuff? I'm talking On Our Own-levels of obscure. From one and dones to shows that lasted several seasons under the radar, these are shows only true '90s kids will remember.

Don't feel bad if you end up scratching your head over a few of these titles — that probably just means your parents made you play outside. However, for many I suspect these shows are about to either hit you with all the nostalgia, or send you running to YouTube to find the gems you missed out on. The '90s are back in a big way, and I don't know about you, but my need for a fix of '90s TV goodness goes deeper than a desire to watch Clarissa Explains It All reruns. (Though I definitely want to do that too).

Get ready '90s kids, it is time to go way back and rediscover the most obscure shows of them all.

As a southern kid, I was obsessed with The Torkelsons. The show focused on a down on her luck single mom and her brood of kids as they did everything possible to save money — think, like, a wholesome Shameless. Although it was an NBC show originally, I bet most '90s kids caught the show in reruns on the Disney Channel. The family comedy lasted two seasons and was even massively retooled in Season 2, when it was dubbed Almost Home. Both seasons were full of heartwarming goodness, though.

(Fun fact: Lee Norris starred as one of the family's sons. He is better known as Minkus to Boy Meets World fans and as the lovable Mouth on One Tree Hill.)

2. The Mystery Files Of Shelby Woo

Honestly, I am not sure why no one has tried to reboot The Mystery Files of Shelby Woo. It's not well-known, but the series featuring a teenage detective solving crimes through her internship at the police station sounds like an ABC Family drama in the making. Shelby Woo was a smart detective series with a diverse cast and a maturity not found on many Nickelodeon productions. If you haven't seen it in awhile or have never seen it at all (the horror!), it's actually available to purchase on iTunes and through Amazon Instant Video.

ABC's TGIF lineup made the whole Bewitched reimagining work with Sabrina, The Teenage Witch — but most people have forgotten Hollywood tried to make a modern I Dream of Jeannie too. You Wish is cheesetastic, but in a good way. It has a definite '90s sitcom feel, but that's what makes it so much fun. John Ales could have been annoying as the genie, but the guy had chops — also, I love the fact that it was gender-swapped.

I had no idea this show only lasted one season. In my child mind it was on for years because Saturday mornings were not complete without The Land of the Lost. I legitimately wanted my family to fall down a crack in the Earth so I could live in a cool tree house and have my own baby dinosaur. Sadly, these life goals were never realized — but the theme song will live on in my heart forever.

5. Attack Of The Killer Tomatoes

It took me a long time to realize why I loved the Attack of the Killer Tomatoes movie so much. It turns out I watched the surprisingly brilliant '90s cartoon on Fox Kids back in the day and it left quite the impression. Again, the theme song is gold, and the cartoon stands the test of time.

I feel like you either went to summer camp, or you watched kids go to summer camp on Bug Juice. Disney's reality show for kids gave you all the joys of camp without the mosquitoes or forced fun. For indoor-oriented kids, it was basically heaven.

What would the '90s have been without the Lawrence brothers? ("Depressing" is the answer you are looking for.) All three of the brothers starred in Brotherly Love, and even though it was a typical '90s sitcom, it's pretty unforgettable. After all, it gave us Joey and Matthew Lawrence, two national treasures.

True '90s kids first began crushing on Ryan Gosling because of Breaker High, in which he played the adorable Sean who was destined to be with Tamara. This show is also notable for making kids everywhere believe going to high school meant transferring to a cruise ship. So many dreams were crushed.

Disney aired a lot of great kids shows, but Adventures in Wonderland is definitely one of the best. I was in a constant state of envy when Alice was concerned, because she visited Wonderland in every episode. Watching her hang out with The Caterpillar and The Mad Hatter was a highlight of my young, TV-obsessed life.

These shows definitely deserved to be dusted off. Now, go forth and relive those forgotten corners of your childhoods!

More like this
22 Movies On Netflix That Are Perfect For The Whole Family
By Bustle Editors
Courteney Cox Doesn't Remember Filming 'Friends'
By Jordyn Tilchen and Sam Ramsden
Josh Peck Shows Love To Jennette McCurdy After Her Shocking 'iCarly' Revelations
By Radhika Menon
At 14, D'Arcy Carden Was Sneaking Out To Parties & Crying Over Kurt Cobain
By Ivana Rihter
Get Even More From Bustle — Sign Up For The Newsletter