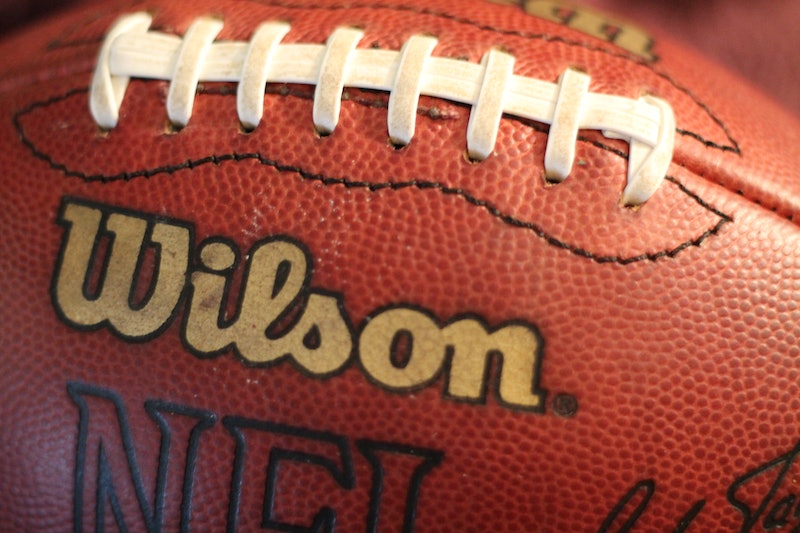 All right — I admit that when I heard that a Connecticut high school senior girl was a kicker for her school's football team, I had flashbacks to the episode of 30 Rock when Liz Lemon talks about suing her school to play football. ("We didn't make the playoffs that year but I figured we led the league in bravery," she tells Jack Donaghy proudly.) But Erin Bellucci is actually pretty badass: she used to say in Kindergarten that she wanted to be the first girl in the NFL. "I've been surrounded by football my whole life so this comes as second nature," she told a local NBC channel.

Bellucci spent three years playing soccer in high school before making the transition to football as a kicker; her dad suggested the move because, though kickers and punters can still be tackled, they aren't supposed to be exposed to lots of physical contact — making the positions ideal for smaller players, including girls. Other women have played in the position on the academic level before, because kickers basically just have to kick — and far, which is the tricky part for women, who typically have less muscular bodies than teenage boys. So far, she's 1-1 on extra point kicks, with no field goals so far. I don't really know anything about football, but considering that the season just started and they've only played two games, I'm going to assume that's good.

For Bellucci, football runs in the family — her uncle is a former NFL coach, and her dad is a coach for a rival team to Hall High. Both of them support her, as do her teammates, who like that Bellucci fits into the macho atmosphere (truly, she is a chick who can hang).

I love it when women kick-ass at male dominated sports — Michelle Wie playing PGA Tour events, Hayley Wickenheiser playing professional men's hockey, and Danica Patrick in car racing. And apparently, there's even some precedent for Bellucci. According to a Mic article about her:

Who knows — maybe Bellucci will get as far as these women did.