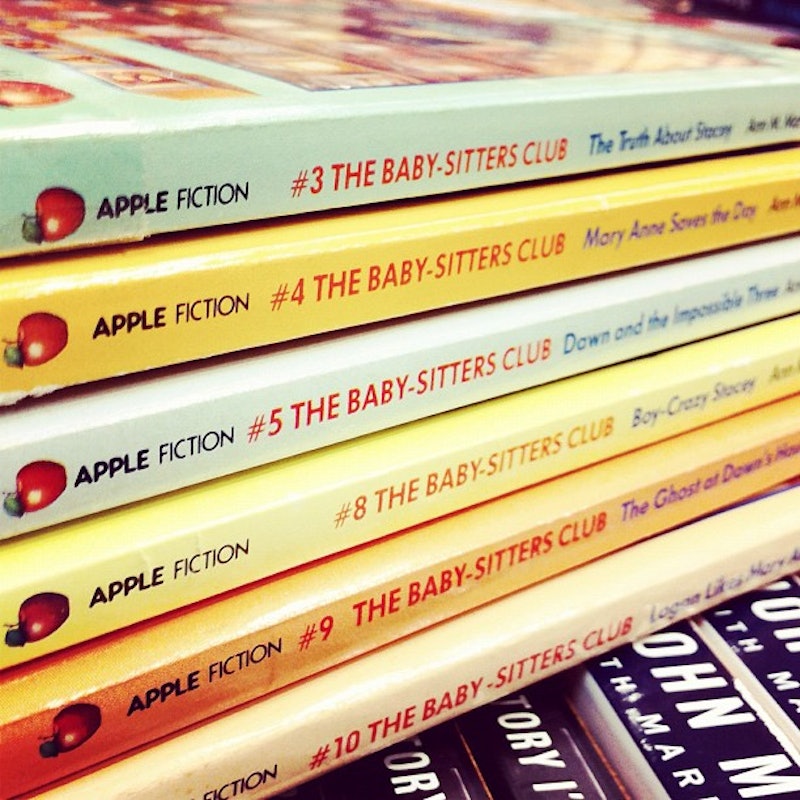 You know, as odd as the 1990s could sometimes be, there are plenty of reasons to be glad you grew up in the '90s. I know I have a few — the 21 reasons seen here, for example. Obviously I am just one person, but there are some things about growing up in specific generations that are more or less universal, right?

I should probably note here that I'm also technically a child of the '80s. However, given that I was all of five years old when that particular decade ended, I don't remember a whole lot from it — mostly vague recollections of episodes of Under the Umbrella Tree and Hypercolor t-shirts. The '90s though? Hoo boy. Those, I remember, and frequently fondly. While it's true that we tend to look back on bygone eras through a pair of proverbially pink spectacles — which means that the times likely weren't as cool when we were right in the thick of them as we remember them later on — there's no denying that being a kid in the '90s shaped a lot of us in ways that growing up in other decades might not have.

So here are 21 reasons I'm glad I grew up in the '90s. They're certainly not the only ones, and I'm sure that all you other '90s kids out there have your own to add to the list. Or, hey, maybe you're not glad you grew up in the '90s — that's A-OK, too. But at least we'll always have the Hubble Space Telescope and Lip Smackers, right?

1. You had Topanga Lawrence to prove that being “weird” was actually awesome.

And also Topanga and Cory to teach you what true love is.

2. And Clarissa Darling to prove that being yourself was the best thing you could be.

You don't even have to be able to explain it all, as long as you're you.

3. The Spice Girls were there to foster your budding feminist tendencies.

Will “girl power” solve the many patriarchal problems we still have yet to fix? No, but it will inspire you from an early age to believe that of course women can do anything they put their minds to. Plus, it'll do it with a solid dose of positivity.

4. And you had the Babysitters Club to teach you how to be an entrepreneur.

5. And the American Girls to teach about pretty much everything else.

Everything I know about life, I learned from the American Girls. Now someone go put that on a t-shirt.

6. You remember when you didn't have to stay “connected” all the time.

Or at least, not via the Internet. Does anyone else sort of miss the pre-smartphone era?

The Internet sort of lost its awe-inspiring appeal as it became more and more common — but if you're a '90s kid, you're a member of the last generation who can still recall when going online was a novel experience. There's something to be said for that, I think.

8. But you also saw all sorts of technological advancements happen in real time.

Mostly I'm talking about the Golden Age of Nickelodeon, but there was plenty to celebrate on other networks, too.

This one speaks for itself.

11. The covers and illustrations of the Scary Stories to Tell in the Dark books were actually scary.

None of this “redesign” nonsense. As io9's Meredith Woerner put it in 2012, “If your child couldn't handle [original artist Stephen] Gammell's paintings, they're certainly not going to be able to stomach a short story about a scarecrow who skins a farmer alive and dries out his skin sack trophy on the roof.”

12. You were there to witness Hale-Bopp.

The comet Hale-Bopp swung past the sun for the first time in 4,200 years in April of 1997. Talk about history-making!

Also history-making, although for different reasons.

14. And the origins of the Dawson Crying meme.

15. The Disney Renaissance is the stuff of your childhood.

Beauty and the Beast, Aladdin, The Lion King, Mulan…

16. Nick News raised your awareness about what was going on in the world in a way you could understand.

I love that this show is still on, too. Linda Ellerbee FTW.

17. You grew up during an economic boom.

Of course, this might also be viewed as a disadvantage; it may have left many unprepared for the recession that hit just as a ton of former '90s kids were were entering the real world. But all things considered, there are many, many worse conditions in which to grow up than during a time of prosperity.

18. The Hubble Space Telescope let us see space in a way we never have before.

Us '90s kids may not have grown up during the height of the Apollo moon missions, but the Hubble Telescope, which was launched in 1990, was pretty darn cool, too.

19. It was totally acceptable to wear glitter everywhere.

Because there was just something about being a walking disco ball that we all found enormously appealing.

21. It was also totally acceptable to use Comic Sans as the font in your AIM profile.

Or Papyrus. Or any of the other fonts that the modern age ridicules.

Whether you were more into Dr. Pepper Lip Smackers or Gap Dream, you have the most deliciously fragrant memories of any decade around.