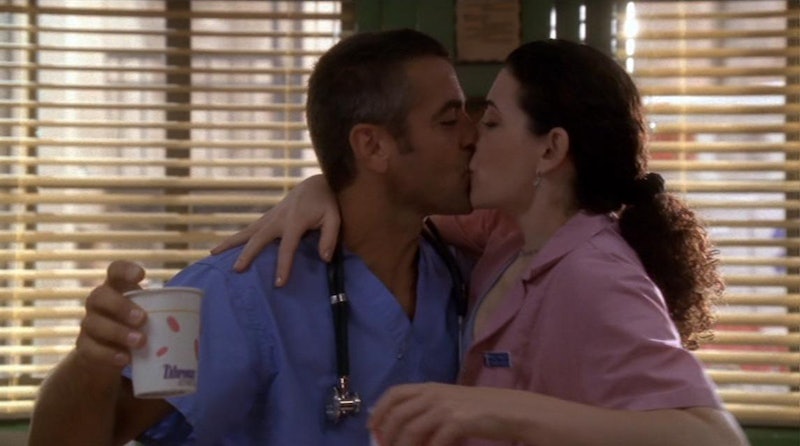 When it comes to the 15 seasons of E.R. I know that everyone loves to talk about the doctors. How character-driven they were. How they were the O.G. Grey’s Anatomy. But for me, that show was all about the nurses. I remember tuning in every Thursday night and being totally annoyed by Dr. Benton’s ego and or the slick good looks of Dr. Taglieri. They were always so pompous and full of themselves. More concerned with their careers and their power than they were with the actual people whose lives they were saving. But Carol Hathaway, the nurse manager in the emergency room of Chicago’s County General Hospital? Now she was a character I could look up to. Because not only was she an amazing person, she was an incredible nurse, one that probably inspired an entire generation of do-gooders and Florence Nightingales to follow their passion and devote themselves to helping others.

You have to admit it, Carol Hathaway was awesome at her job. I’m going to argue she was the best TV nurse of all time, setting the stage for all of the amazing nurses that were portrayed on television after her, because she truly embodied what it meant to be serve others and put her patients first.

1. She Wasn’t Afraid To Stand Up To The Doctors

The first few episodes of ER were tense. With the tension between doctors and nurses at an all-time high, Carol had no qualms about putting the doctors in their places. Like when she told Peter Benton that “it’s the nurses that make this place run and not you.”

2. She Knew The True Value Of Nursing

Remember when she took the MCAT and almost went to medical school? People were telling her she was smart enough to become a doctor, as if that was the only reason keeping her in her position as a nurse (or as if nurses aren’t as smart as doctors). So it was extra awesome when Carol decided to stay put and not go to med school, stating that her job as a nurse was just as worthwhile and possibly even more influential in patients’ lives.

3. She Created A Free Clinic

After petitioning the hospital for money, she established an ER free clinic that provided care and life saving treatment to thousands of patients for free.

4. She Had Her Own Stuff Going On

Carol was vulnerable, and she struggled just like the rest of us. In the second episode of the series there is a flashback that shows Hathaway being brought into the ER because of a suicide attempt. But her own struggles didn’t make her weak. If anything, they allowed her to better connect with her patients and empathize when they were suffering.

5. She Was The Ultimate Professional

No matter how much Doug was into her, she always kept him at a distance before they made it official. Any nurse who can ignore George Clooney’s advances deserves the title of Best Nurse Ever, am I right?

Carol’s work didn’t end when she left the ER. She was always trying to help others. Remember when she tried to adopt that Russian girl with AIDS? Truly selfless, that woman.

She bought a house on her own, guys. That’s pretty awesome.

8. She Was Always Honest

OK, here’s where things got ugly for Carol. Remember during the nurses’ strike when she accidentally gave the wrong kind of blood to a patient? That was so painful to watch. But even when the hospital was determined to cover for her, Carol wouldn’t accept their protection. She went to the press and owned up to her mistakes.

9. She Put Others First

Even in the middle of a robbery, Carol put everyone’s needs above her own. She tended to the others’ wounds even as she herself was being victimized by the assailants. That woman was incredible.

10. She Was Loyal To The Hospital And Her Patients

After giving birth to twin girls, Carol was determined to make it work on her own. She kept working and taking care of her girls on her own, even with Doug telling her to come to Seattle so that they could raise their daughters together as a family. That’s some serious loyalty.

11. She Never Stopped Helping Others

When Carol eventually did move to Seattle to be with Doug, she’s never heard from again. Except! In Season 15 we learned that she had been working as a transplant coordinator. And I can’t say I was surprised. Carol Hathaway facilitating organ donations and saving thousands of lives? #typical

See what I mean? Carol really was the absolute best TV nurse of all time. All of the ones who have come after her are totally just copies.