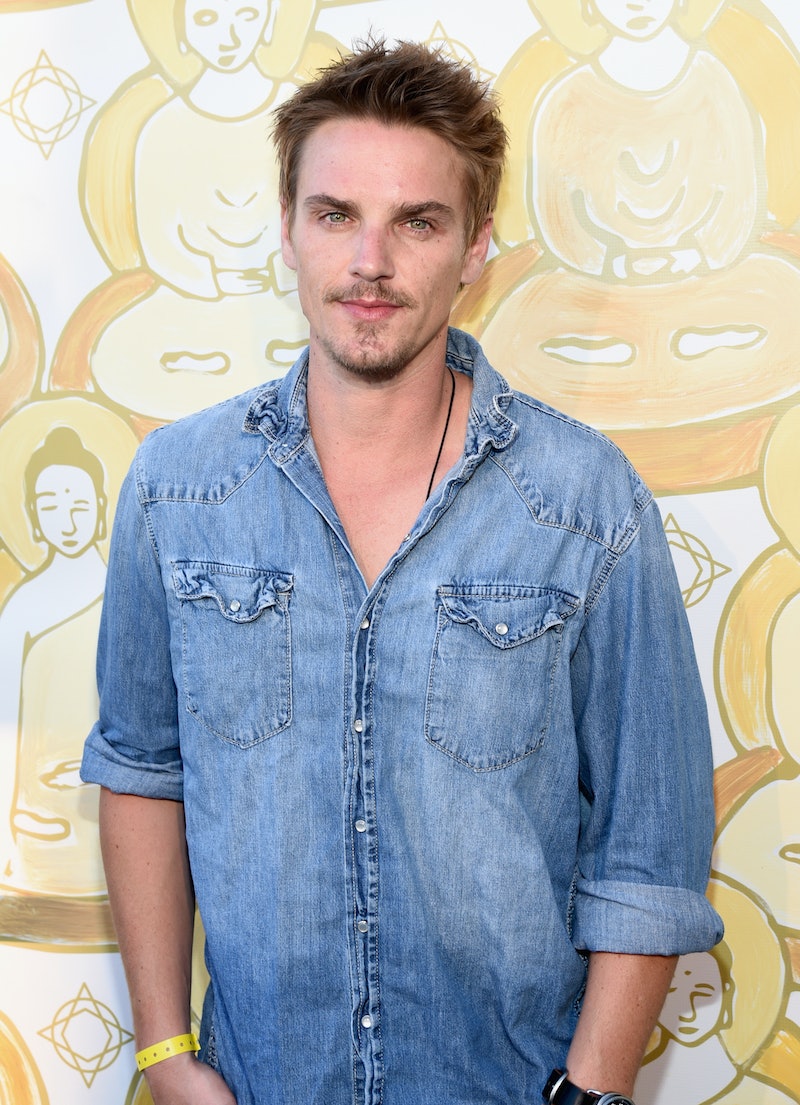 It’s high time that Nashville got some fresh meat into the fray (I think the newest main character on the show is Layla Grant, and that was like, so last season), so I’m glad that actor Riley Smith is joining the show. Smith will play Markus Keen on Nashville , an artist signed to Rayna’s Highway 65 label who basically just makes her life a living hell. Sounds promising. But who is the man bringing this thorn in Rayna's side to life? It turns out that we’ve see quite a bit of this handsome actor over the past 15 years.

Before getting into acting, Smith won a modeling competition after being discovered in his local mall, as he told The Daily Quirk, and went on to model for brands like Tommy Hilfiger. Besides singing in a band called The Life of Riley (too easy, I guess), Smith has done quite a bit of television, with roles in shows like Freaks and Geeks (he played Todd Schellinger); Boston Public, 24, Joan of Arcadia, Leverage, The Playboy Club, 90210, True Blood, and most recently, The Messengers. Not to be outdone by his television credentials, Smith has also been seen in Bring It On, New York Minute (yes, the Olsen twins movie), Eight-Legged Freaks, and perhaps most importantly, Not Another Teen Movie.

According to TV Line, Smith’s Markus Keene is “the hotshot front man of a highly successful mainstream band who signs with Rayna’s record label when he decides to go solo,” and he’ll be here all season long. Any ideas about what kind of trouble he’ll get into on Nashville? Don’t worry, because I have a few.

Markus Will Whisk Layla Away From Jeff Fordham

There has to be some sort of romance for this Markus fellow, and if you look at the list of eligible men and women, virtually no one is single. Teddy doesn’t count, because he doesn’t count for anything. That’s why I vote for Markus to meet Layla Grant and get her away from the disgusting clutches of Jeff Fordham. While Markus doesn’t sound like a dream just yet, he has to be better than Jeff, right?

It’s like Full House, but with only two dads instead of three (unless Gunnar wants to be the third)! Juliette has to work through her postpartum depression and in the meantime, Avery needs all the dad help he can get. Enter Markus and Gunnar, the two surrogate dads Cadence didn’t know she needed.

Markus Will Get Punched Out By Deacon

Deacon just likes to fight, you guys. I know that cancer has probably mellowed him out a bit, but I really think that Markus will be a big thorn in Rayna’s side, and Deacon will want to protect his lady. He’s a good puncher. Maybe Will Lexington can help him, especially if Chris Carmack (the actor who plays Will) can still punch as well as he did in his “Welcome to the O.C., b*tch” days.

Whether Markus gets himself into a ton of trouble or not, I know one thing: Riley Smith is seriously hot, and I’m looking forward to watching him make music on Nashville.