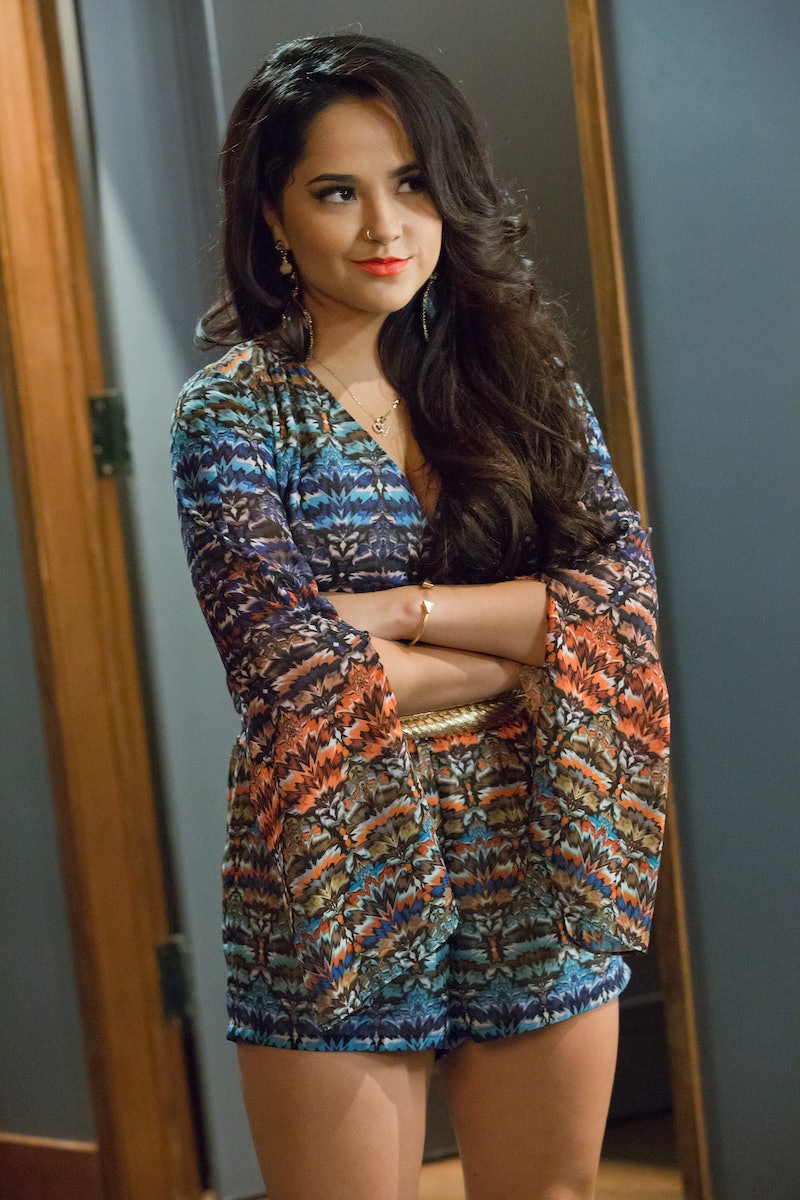 Empire does not mess around when it comes to filling its parties, studios, and conference rooms with big names from both the acting and music worlds. In Wednesday night's new episode,"Without a Country," a young artist will make the leap between the two when Becky G joins Empire as Valentina. According to the episode synopsis on FOX, the YouTube queen turned mainstream pop star plays a "a hot Latina singer." And that's an identity the rising star should know a little something about by now. What other hints do we have about this new character?

The only balm during Empire 's agonizing hiatus was the constant stream of Season 2 announcements, which confirmed the series' writers were thinking 100 percent bigger and badder for their sophomore effort. The pieces of guest star gossip were especially juicy, and Becky G's casting warranted a little social media celebration. In a short clip posted on Twitter in late July, Bryshere "Yazz" Gray and Becky G spoke to fans from the studio and broke the casting news. That video alone was a hint to where Valentina will fit into the Empire world, as it seemed that her and Hakeem Lyon's stories will connect in some way.

FOX's teaser text for the episode backs up that theory. Valentina is about to be another artist caught in the crossfire of the Lyon family drama. The synopsis reads that Hakeem "woos" her "for the girl group he wants to form." (Look out, Fifth Harmony.) Now, since Jamal is holding back Hakeem's own album, his younger brother seems to be making play for dominance by nurturing up-and-coming talent.

"Woos" is an interesting choice of verb. Will Valentina be a love interest for Hakeem? If she is, their affair will either be over quickly or — more likely, on this show — become increasingly complicated. Showrunner Ilene Chaiken told TV Line that the boy who gave us "Drip Drop" before stealing his own father's girl will be getting involved with Laura, another new character, in Episode 4.

As many wine glasses the twists and turns of these characters' sex lives have made me lose my grip on, I'm angling for Becky G's character to be primarily a business associate of young Hakeem's. In an interview with Entertainment Weekly, Becky G made it clear that Valentina is no blushing fan girl. She knows what she wants, and she'll do anything to get it. And that puts her in good company. "Let’s just put it this way," she said. "They were calling me baby Cookie on set." What an honor.

The singer turned actress was mostly mum on the content of her scenes. She did reveal that she will be exercising those vocal chords on the show (obviously), and that "there will be drama." (Well, I should hope so.) It'll be interesting in and of itself to see how the Lyons handle a music group in their stable; so far, all the Empire artists the show has spent time on are solo ones. I want to see some in-band backstabbing. And Becky G may be just the guest star to introduce some new label conflict.