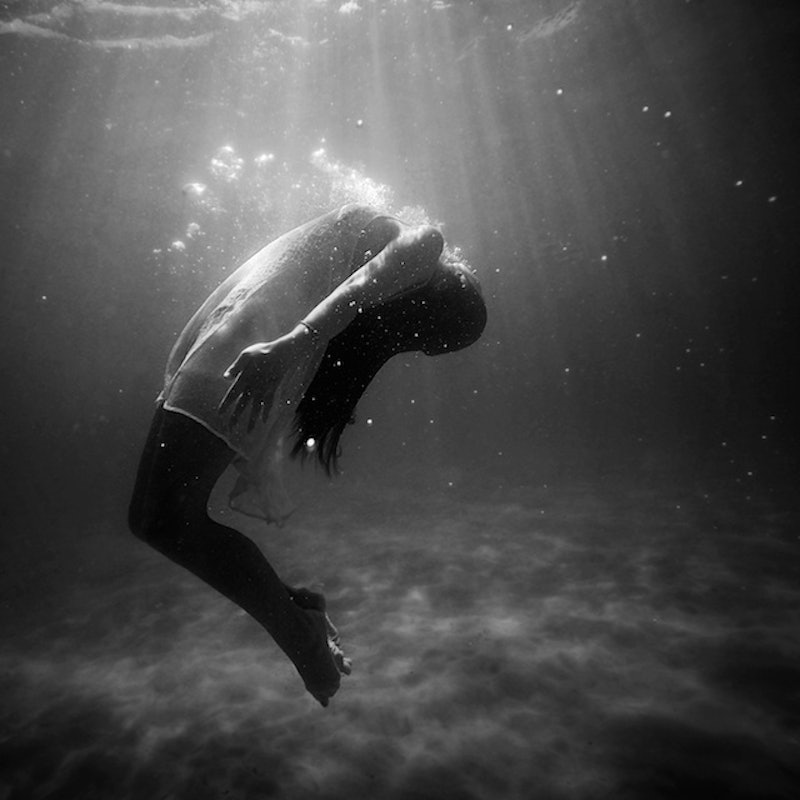 If you consider yourself pretty well-versed in mental health issues, you'll probably be able to reel off the names of the major offenders: depression, bipolar disorder, anxiety, schizophrenia, PTSD, seasonal affective disorder ... the list goes on. And you'll be familiar with the Diagnostic Statistical Manual, or DSM, which is used to diagnose mental disorders (it's now on its fifth edition). But there are some lesser-known, more "hidden," rare mental illnesses that should probably be better understood. They may touch your life or your family's, but general knowledge on the diversity of mental illness will help everybody who suffers.

Mental disorders are often best-known when they're widespread. The syndromes and disorders that I've compiled here are rare, but not unheard of — and I'm not just bringing them up for novelty value. Getting a better understanding of mental illness means having a good idea of the bigger picture, whether it's seeing how trauma can affect the brain (spoiler: badly) or finding the roots of a dependent personality. A wider knowledge of the lesser-known sides of mental illness can stop sufferers from feeling like circus freaks, and reduce stigma and fear.

So here are five mental disorders from the DSM-V that you should know about. Keep them in your mind — they may make a relative or coworker's behavior make a lot more sense.

This unusual but pretty frightening mental disorder is one to look out for if you suffer from major depressive episodes or migraines. It can appear as an offshoot of both or as a consequence of viral infections, but either way, it takes the form of a seriously strange acid trip. It's known in the DSM as Todd Syndrome, but as the "Alice In Wonderland" tag attests, it disturbs the sense of your own size and position in space.

Sufferers of Alice In Wonderland syndrome become severely confused about how big or small they are; an essay in The Atlantic this March described common delusions about body parts swelling to monstrous sizes, seeing large objects as incredibly small, and other serious distortions of space. Curiously, it seems most common in children.

The rare disease may be at least partially genetic, and seems to be related to abnormal blood flow to the brain — though its full cause is not fully known. Some people have it all their lives with the occasional rare episode, but it seems to be exacerbated by episodes of stress, trauma, or pain. People are normally given migraine medication and anticonvulsants, but there's no known cure, as of yet.

The reactions of a human brain to acute stress or trauma are actually pretty diverse. Most people will likely know about PTSD, at least in broad terms — it happens to veterans, people stop being able to tell what's "real" and think they're back on the battlefield again — but trauma also has some more diverse affects, two of which can be dissociative amnesia or dissociative fugue.

Basically, a person with dissociative amnesia will temporarily "detach" from any sense of reality, and have no real idea of what's going on around them. A dissociative fugue is more specific: it involves a (usually brief) detachment from your own sense of identity and memories.

Psychologists think it's often a way of avoiding or escaping horrible memories, and it's often associated with huge traumatic events like war or natural disasters (it's found in 0.2 percent of the population, but in much greater numbers after big traumas). Treatment tends to focus on coming to terms with the trauma that caused the dissociation through targeted therapy.

The DSM's 2014 edition coined the neat acronym DDD for this particular combination of disorders (it used to be just "depersonalization"). Essentially, sufferers of DDD feel massively disconnected from the world around them — and not just in an "I don't understand what bae means and I can't identify a single Kardashian" kind of way. DDD has two elements: a feeling that the world isn't real, and a feeling that you yourself don't actually exist.

It sounds scary, and that's because it is. DDD sufferers don't really connect with or believe their own existence, and feel hugely detached from what their bodies and minds do in the world. And if they feel derealization as well, they also feel as if they're cut off from the world around them, walking around in a bubble or mist, as if people are talking to them from far away. A writer for SANE, a mental health charity, with DDD describes it as "living in limbo land."

Interestingly, to meet the full criteria of DDD, the disorder has to appear as if out of nowhere, but symptoms of depersonalization have been reported in sufferers of epilepsy, PTSD, major depression, and substance disorders. Studies have found that emotional abuse in childhood and a certain deficit in the brain's emotional nerve cells both seem to be likely triggers. Episodes can be prolonged or short, and treatment is therapeutic.

Personality disorders are a tricky area of mental health, largely because, as professionals acknowledge, many people will read the symptoms of, say, Histrionic Personality Disorder and recognize some of those traits in a perfectly normal, sane friend or relative. But personality disorders do exist, and can be seriously disabling if left untreated or unacknowledged. After all, obsessive-compulsive disorder is classified as a personality disorder — and we hardly call that "everyday". And DPD, as it's called, is actually the most common personality disorder: it's estimated that 2.5 percent of the population has it.

The fifth edition of the DSM explains that dependent personality disorder is "an excessive and pervasive need to be taken care of, submissive, clinging, [and exhibiting] needy behavior due to fear of abandonment." Imagine leading your life as a complete doormat, unable to make decisions, be left alone, disagree, take responsibility, or do basically anything without approval and constant reassurance. It's paralytic neediness, and it seems to happen to women more than men.

Personality disorders tend to have one treatment in common: psychotherapy. Because they're not necessarily "biological" (though certain factors in brains and genetics may lead individuals to be more vulnerable to them), they can be more easily tackled with therapy. DPD tends to manifest in young adulthood and be persistent throughout one's life, overwhelming everything.

This is a particularly sad one, in that it's tied very heavily to one age group: the elderly. Diogenes was a famed ancient philosopher who rejected worldly comforts; he lived in a barrel, and when Alexander the Great reputedly asked him if he wanted anything, he responded "For you to stop blocking the sun." Sufferers of Diogenes Syndrome, however, go further. They retreat from the world, stop seeing people or caring for themselves properly, hoard things, and neglect personal hygiene.

Diogenes Syndrome is often associated with the development of dementia, so it's important for people with older relatives to be aware of the signs. An increasing amount of squalor in living conditions, apparently forgotten piles of garbage, refusal to seek help, severe social isolation — it's all part and parcel of the same troubling set of signs.

The appearance of Diogenes Syndrome in frontal-lobe dementia is pretty common: 36 percent of frontal-lobe patients go through it. It does seem to be a fairly clear sign of trauma or mental degeneration, so if you see this happening in a grandparent or neighbor, get help: dementia can't be cured, but treatments try to manage the symptoms and progression.