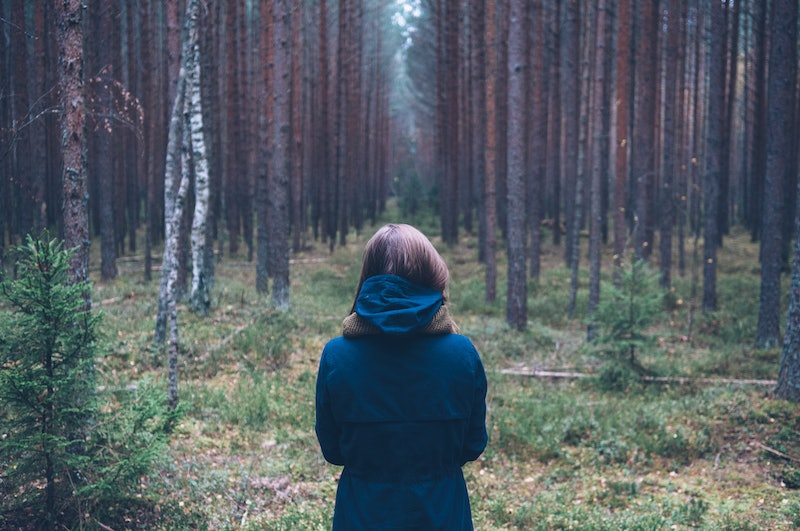 Although my depression has affected all of my relationships, where I can see the biggest affect is in my love life. My depression gets its hands in there and likes to create intimacy issues and even mess with my libido, among other things. It's not uncommon, it's nothing to be ashamed of, and even if you don’t suffer from it, there’s a good chance that someone you love does. And, sadly, women are more prone to suffer from depression than men. According to the World Health Organization, more than 350 million people suffer from depression worldwide.

Depression affects people of all ages. No one is immune, and as the World Health Organization notes, it’s the number one cause of disability in the world. As someone who has suffered from depression for most of my life, although I wasn’t officially diagnosed until my early 20s, I know for a fact that it’s truly debilitating. There aren’t just day when I don’t want to get out of bed and face the world, but it sometimes affects my work, my responsibilities, and even my personal relationships. I’m fortunate enough that my doctors have found the right combination of medication to keep me trucking along, but the reality is that some days I have relapses and it’s in those dark moments that I have to put up a really good fight to get through them and get back on an even keel.

Here are six ways depression affects your love life, because I know I’m not alone in this one at all.

1. It Can Make You Feel Like You’re Not Good Enough For Your Partner

According to psychologists, one of the biggest things that comes with depression is self-doubt. When you’re depressed you don’t see your worth clearly and because of that you tend to think that you’re not good enough for your partner. It can also make you think that your partner doesn’t love you or care about you as much as they actually do because of that self-doubt and low self-esteem.

2. It Can Kill Your Sex Drive

Depression can kick your libido in the face in two ways. First of all depression, on its own, can make you not want to have sex because your state of mind just isn’t into it. Secondly, certain depression medications can also contribute to a lack of sex drive from a medicinal standpoint. As we all know, sex isn’t just about your body’s needs and craving, but our brain, too. When the chemistry in our brain is off, then our desire to have sex can be off, too.

Even if you do feel in the mood, depression can interfere with erections in men, as well as a woman's ability to orgasm.

3. It Can Create Unnecessary Drama

Another problem with depression is that it makes everything that’s even slightly negative into an even bigger deal, as in the end of the world type of deal. It’s not just annoying that your partner didn’t take out the trash or do the dishes when it was their turn, but it was over the top, unbelievably, the cruelest, most heartless, and inconsiderate thing they could have ever done. In feeling this way, with this deep rage, of course an argument will follow and your partner is forced to feel like everything they do is wrong, even when they’re just basic everyday annoyances that come with being in a relationship.

4. It Interferes With Communication

I know, from personal experience, that when I’m in the throes of my depression, I do not want to talk about it. I do not want to convey to my partner, or anyone for that matter, exactly what’s going on because it’s really hard to find the words. People who don’t suffer from depression can’t fully grasp that sometimes you don’t have a reason for why you’re feeling the way you’re feeling, so it can make the person with depression feel like it’s pointless to even try to communicate their problems ― and we all know how important communication is to a relationship.

5. It Makes It Hard For You To Love Fully

According to research by the American Psychological Association, depression can literally destroy a happy and healthy relationship. It stands in the way of not only being able to communicate and facilitates arguments, but in doing so also makes it difficult to love your partner fully. When you’re dealing with your own mental instabilities, it’s hard to focus on feelings for someone else. Even if you know you love them, when you’re depressed, you can’t feel it. It’s a scary place to be emotionally.

6. It Stands In The Way Of Participating In Life

During a depressive episode, some people don’t want to get out of bed, let alone have fun. Things like going to dinner, or apple picking with friends, or even celebrating your partner’s birthday become unbearable even at just the thought of it. Not only does it take a toll on the one who has depression, but on their partner, too. No one wants to be stuck in bed their whole life coddling a depressed person, but when you love someone, you don’t want to bail on them either. It’s a tough position to be in for anyone.