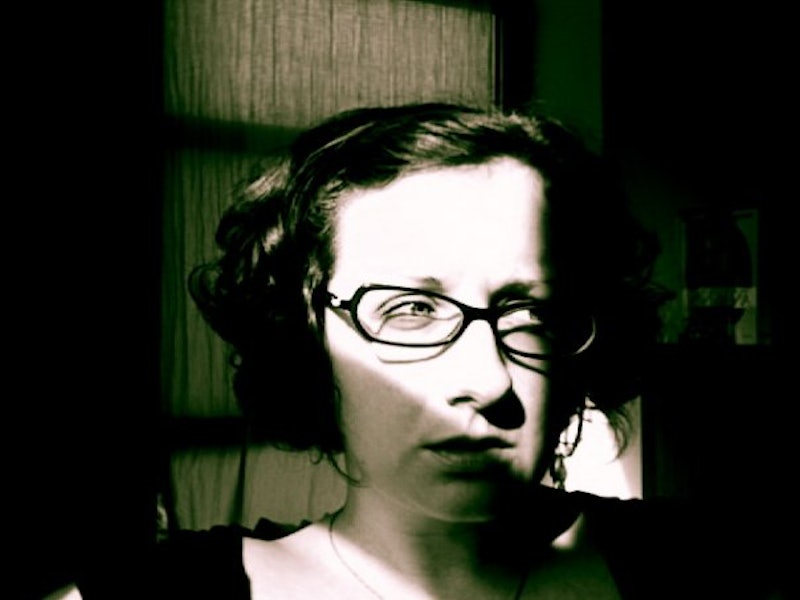 After the suicide of Robin Williams in August, it seemed everyone had something to say about it. There was, of course, the mourning of such a loss, but there was also the inevitable discussion of suicide that intermingled with that bereavement. How could someone who, by all accounts, had it all and was funny as hell, be suffering so deeply that suicide was his only way out? For many of us, it was unfathomable. The discussion has quieted over the last few weeks, but now that it's World Suicide Prevention Day, I find myself thinking about Robin Williams, and my own experience with suicide, once again.

I don’t think wanting to end one’s life is unfathomable. In 2005, I tried to kill myself and failed. Instead, I ended up in a psychiatric ward for a few weeks, then was eventually released to the custody of my parents.

I don’t need anyone to tell me about the struggles of depression, because I feel the effects everyday. Sure, I have my good days, but I’ll have weeks on end where I literally feel like I’m drowning, taking in gulps of water as I try my best to stay afloat. I’m on meds and I’ve been in and out of therapy for years, but that doesn’t make the pain any better. It’s something I live with, and I’ve learned to accept that — begrudgingly, of course.

In thinking that suicide isn't selfish, we're actually doing a huge disservice to those who have tried to commit suicide.

Shortly after Williams’ suicide, I came across more than a few articles about how suicide is not a selfish act. In a blog post on the Huffington Post, Katie Hurley, who lost her father to suicide, wrote:

People who say that suicide is selfish always reference the survivors. It's selfish to leave children, spouses and other family members behind, so they say. They're not thinking about the survivors, or so they would have us believe. What they don't know is that those very loved ones are the reason many people hang on for just one more day. They do think about the survivors, probably up until the very last moment in many cases.

I don't think that's always the case. Suicide can be selfish. I can assure you that my hanging on “for just one more day” had nothing to do with my loved ones. I can also state for a fact that in the moments before I took the pills and sliced my wrists, I wasn’t thinking about anyone besides myself. I just wanted to end that pain so desperately that I was literally incapable of seeing anything but that. I had a task in mind, and that’s what I was going to do. My loved ones didn’t come into play at all. It was about the darkness and despair, and giving myself a peace that others seem to find so easily in life.

At the last minute, I made my official cry for help by calling my sister. She, of course, called the police and within less than 10 minutes, they were at my door asking questions. I told them that I was kidding; that it was just a sick joke and they could leave, but they didn’t. Outside, the paramedics were waiting and I was taken to Beth Israel, where I told anyone who would listen that I didn’t mean it and I was “fine.”

But the action that put me in that room with that roommate who suffered from dementia and often forgot to put on her pants said otherwise. I spent the next couple weeks being angry and refusing to talk to my family. I decided I would not forgive them for what they had done to me by putting me there. Even after my suicide attempt, I had zero regard for what my loved ones felt. It was only when my parents demanded that I be released to their custody that the reality of what I had done became clearer.

My parents made the four-hour drive from Southern New Hampshire to New York City to pick me up from the hospital and bring me home, where the doctors insisted I stay for the next month or so. My release was contingent on the agreement that I would stay on the new meds they had given me, see a therapist twice a week, and stay under the watchful eye of Mom and Dad.

Much of what I remember from that period in my life is a blur. I kept a notebook while I was in the hospital, and even now when I have the courage to reread it, I don’t remember a decent chunk of what I describe. But what I do recall was the way my parents looked when they were asked to sit across from one of the psychiatrists and me, at a table that felt too large for the room. Both of them were crying, my mother trembling in what seemed to be an uncontrollable way, as if she were freezing in the cold, and my father looking so small, as if he’d just given up. I realized then what I had done, not just to myself, but to them. I cried for the first time in months.

Forced to look at my life from inside a psychiatric ward, surrounded by people worse offthan I, I realized then that you don't just don’t throw away something that’s not broken. I may be banged up a bit, missing a piece or two, but like anyone with depression, I’m a work in progress and my work will never be done. I’m worth so much to many people and, on good days, I’m even worth something to myself. I deserve a chance at happiness; I just need someone to throw me a life preserver from time to time to get there.

I know that there’s a reason to keep moving forward, if only to have one more slice of pizza or a cuddle with my dog. Everyone, every single person who suffers from depression, deserves so many more moments of happiness like that.

In thinking that suicide isn't selfish, we're actually doing a huge disservice to those who have tried to commit suicide. Of course, no one should ever be shamed for committing or attempting suicide, just as the act of suicide should not be glamorized. But by absolving those who commit suicide of their responsibility to other people, we are doing them no favors.

I know this because it was only when I was able to see my attempt for what it was — utter selfishness and depression — that I was able to move on. I realized the destruction my actions had on my family. I saw how they tiptoed around me, as if scared to rock the boat and be the ones who rocked it. They took it all so personally, and they thought that they had failed me.

After my attempt, I came to understand just how much my actions affect other people. I swore to myself then that I would never, ever do that to my family again. Yes, there have been more than a few times that the pain has been so bad that my thoughts have been consumed with ending my life once more, but I refuse to act on it. I absolutely refuse to put the people I love through that again. No, I'm not living for them — I'm living for us.

My experience has made me the woman I am today, but more than anything, it has made me take responsibility for what I did, and I strongly feel that that's a good thing. I feel empowered for coming out the other side, but also empowered for recognizing what it was.

Am I better person because I survived a suicide? No. Am I more aware of myself and how my actions affect not just myself and those around me? Absolutely.