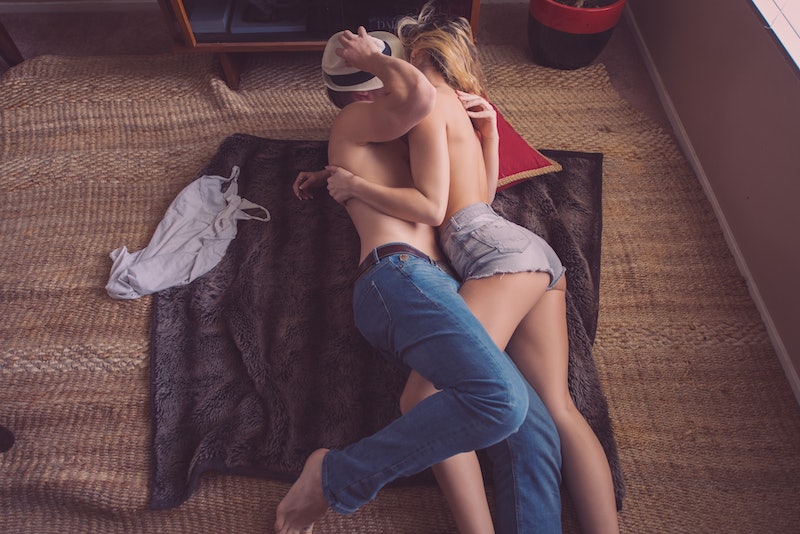 Ashton Kutcher, Justin Timberlake, Mila Kunis, Jason Segal, and Cameron Diaz all have one thing in common: they've all done a "friends with benefits" movie, which speaks volumes about our culture's obsession with the FWB concent. But in an attempt to understand whether friends with benefits relationships are actually sustainable, sex researcher Justin Lehmiller dove into the existing literature to find out what happens to friends with benefits when the benefits end. Unlike every rom-com you've ever seen, the result isn't necessarily a "happily ever after" story, although it certainly can be. That said, though, it's also perfectly fine not to stay friends when your benefits situation is over — and here's why.

Lehmiller cites a recent study published in the Archives of Sexual Behavior to explore what happens to friends-with-benefits arrangements after the participants decide to cool it with the benefits part. The study found that a third of the 308 participants stayed friends with the other person after the benefits ended; furthermore, they were just as close afterwards as they were when they were having sex. Another third remained friends, but were less close than they used to be. About 20 percent, however, reported that they were no longer friends at all — and the study also found that this group reported feeling betrayed or lonely when the relationship ended.

But this doesn't have to be the case for everyone! Sometimes, the FWB relationship just doesn't work out — but just because you were friends before the benefits started doesn't mean you have to remain friends after they end, either, even if there aren't any hard feelings involved in the "breakup." Here are three reasons it's perfectly OK to fall into the "no-longer-friends-with-the-person-I-used-to-sleep-with" category:

1. It's normal for people to grow apart.

Whether it's with your friend, romantic partner, or a combination of both, it's totally natural for people to grow up and grow apart, leaving behind parts of their old selves — even if it means their FWB. This is a natural process, so be kind to yourselves and each other when it happens.

2. Sometimes all you have in common are the physical things.

And therefore, without emotional backing or the ability to sustain a conversation, there's not much more to do if you're not having sex.

Admit it, when you stop having sex with someone, staying friends could be potentially awkward, regardless as to whether you had a platonic relationship before. You now know each other's most intimate secrets, literally and figuratively, so when that intimacy is missing or those secrets aren't acknowledged anymore, you're bound to feel a little awkward. And you know what? If it's uncomfortable to be around someone, you don't have to be around them — no justification needed.

More like this
The 19 Best Tweets & Memes About Bisexual Awareness Week
By Lexi Inks
Are Quality Time & Gift-Receiving Love Languages Compatible?
By Lexi Inks
Why A Libra & Libra Couple Might Become Codependent
By Kristine Fellizar
30 Clever Ways To Slide Into Your Crush's DMs
By Griffin Wynne, Carolyn Steber and Lexi Inks
Get Even More From Bustle — Sign Up For The Newsletter