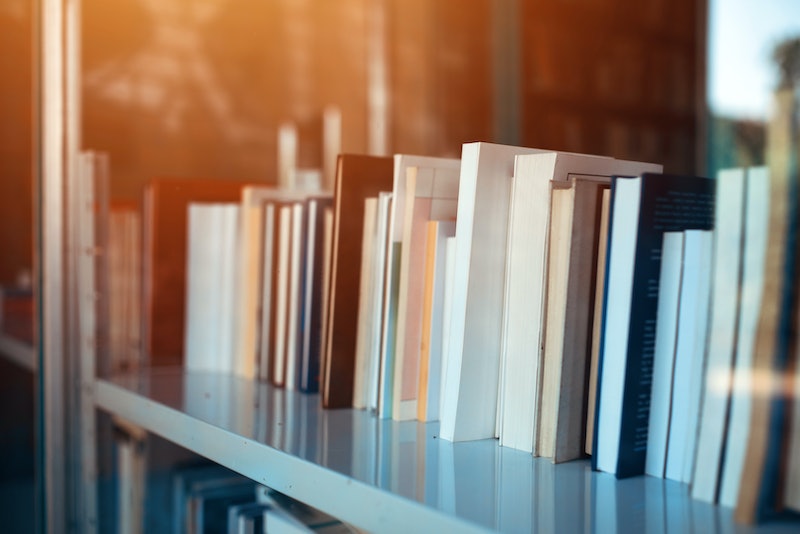 If you've had a strange inkling that this year has been heavier on the banned books news than usual, your instincts haven't failed you. In 2013 anti-censorship group the Kids' Right to Read Project (KRRP) looked into 49 book bannings across 29 states — that's up 53 percent from 2012. (Well done, America.)

According to KRRP, many of the targeted books deal with race, sexuality, and are written by "minority" authors. That account reflects what we've been reporting to you throughout the year: Ralph Ellison's Invisible Man was challenged in North Carolina; Neil Gaiman's Neverwhere in New Mexico; and various children's books were banned for their obviously questionable content like, you know, love 'n' stuff. The Guardian reports that Toni Morrison's The Bluest Eye, Alice Walker's The Color Purple, and Sherman Alexie's The Absolutely True Diary of a Part-Time Indian are also titles on the list of complained-about books.

31 of the 49 bannings occurred in the second half of 2013. Acacia O'Connor of the KRRP told The Guardian:

Whether or not patterns like this are the result of co-ordination between would-be censors across the country is impossible to say. But there are moments, when a half-dozen or so challenges regarding race or LGBT content hit within a couple weeks, where you just have to ask 'what is going on out there?'

The decent news in all of this is that the KRRP has seen some victories in their fights. They successfully got Neverwhere reinstated in New Mexico, and handled the banning of The Diary of Anne Frank (yes, really) in Michigan. So, I suppose what we learn is that we all have to keep pushing for knowledge to prevail over ignorance, because it will. But, damn, is that path frustrating.