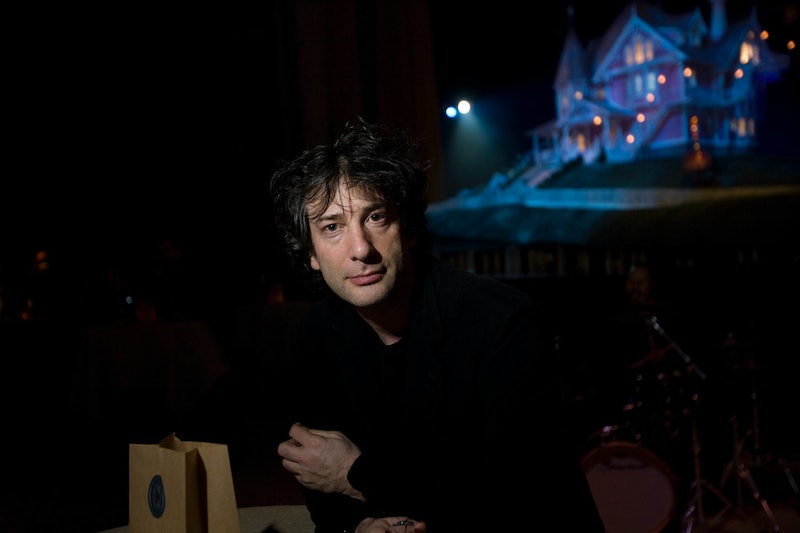 A New Mexico school district has temporarily removed Neil Gaiman’s novel Neverwhere from the curriculum, pending a hearing, after a parent’s complaint. Well, at least they had the good grace not to do it during Banned Books Week. The parent in question, Nancy Wilmott, says she considers the book to be “inappropriate” and “R-rated” and told her local news station that she objected to Neverwhere’s sexual innuendos and foul language and said, "I cannot read this to you and put it on the news. It's too inappropriate. It's that bad."

Excuse me while I page back through my copy and try to figure out what she’s referring to. Nope, no idea.

For one thing, there isn’t a sex scene in the entire book. There aren’t even any graphic references to sex. Sex exists in the novel, sure. Mentions are made. A few of them might even be what you could call risqué, if you’re highly sensitive to such things. But if anyone in the world imagines that high school students aren’t aware of sex or exposed to sexual innuendo on a daily basis, then they have clearly forgotten what it’s like to be a teen.

In fact, the truly ironic thing about this complaint is that the language and “sexual” content in Neverwhere is probably fairly approximate to what it is in a modern high school: language happens, but not overly much — and sex is a well-known phenomenon that isn’t given much explicit detail.

In fact, Neil Gaiman himself says that he’s most worried that anyone who goes looking for its supposedly rampant sex and violence will be “extremely disappointed.”

I mean, I know I feel cheated. Here I read this book and had no idea it was either “R-rated” nor “inappropriate.” I thought it was a story about courage and being a decent person and seeing the world from a different perspective, all set in a flawlessly imagined and fascinating fantasy world. How lame is that?

The truly terrifying thing about this complaint, though, is not that someone could be so up in arms about this book, but that one complaint from this one parent got the book removed from school shelves. I mean, they’re having a hearing on it, sure, but that it’s been kicked out of the school in the meantime is not a promising sign. This book has been taught, without complaint, since 2004. Yet after almost ten years without causing a ripple, one parent’s outrage is enough to deprive a whole high school of a work.

But one complaint is apparently all it takes for the school district to cave and the local news to run a sensationalist and highly biased story (...she says while writing a highly biased review). Why is everyone so quick to take this one woman's word for it?

Realistically, this potential ban isn’t going to hurt Gaiman, who’s made the New York Times Bestseller list pretty regularly. No, it’s going to hurt high school kids whose education is being disrupted, and who are learning that free speech isn’t as free as you’d think.