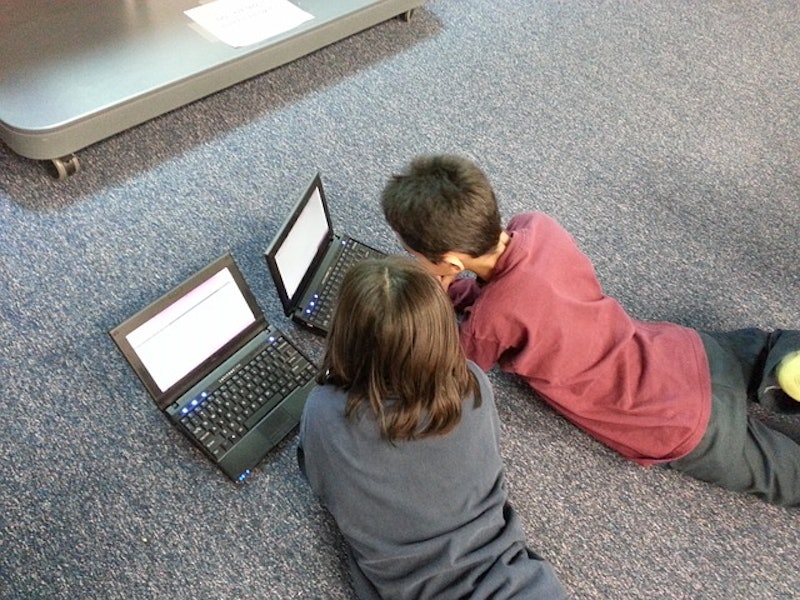 I had about four different screen names throughout the popularity of AIM. I filtered through the first three fairly quickly, and finally the fourth one stuck. I have no idea what I started out as, but I'm sure it had "gymnast" somewhere in the title, because I spent most of my time at gymnastics, and heaven forbid my AIM screen name not reflect that. Everyone knew that the way to show that you were serious about a sport was to put it in your screen name. I then became "starlight" followed by no less than six numbers. I don't know what I was thinking. I don't like the dark. Though there was a popular LeAnn Rimes song that mentioned starlight, so I have to assume that's where my AIMinspo came from.

AIM was a confusing part in everyone's life. And then, of course, there were the AIM profiles, which were yet another blemish on our teenage years. From song lyrics, to quotes, to sports team preferences, we used some weird, multi-colored mechanisms to attract the friendly stoners we dated during high school. Our methods were problematic, but our intentions were honorable, by a teenage scale. It still makes me wonder what the hell we were thinking? Maybe our parents were right to be wary of the AIM obsession. Luckily, we grew out of it. Though if my crush AIMed me at this point, I’d probably still blush. Anyway, before I scoot off to relive my AIM glory days, here are nine things that made up a great AIM screen name:

I was eternally jealous of everyone who went by their last names because they all had simple, recognizable AIMs that were still cool. Like you just knew "SMITTY07" was always a sick kid. My last name was never conducive to any of that. Regardless, my longest lasting screen name was definitely "Mayita09" because someone named me Mayita during my freshman year of high school, and I was, presumably, trying to make it catch on. (It didn't.)

2. Starting Or Ending Your Screen Name With "XO"

I mean, how the hell else were you going to channel Gossip Girl?

3. A Reference To The Sport You Played

Love from, xoxgymnast2000. You couldn't scroll down more than a few names before hitting a "soccerbabe08" or a "dancerLoL." If only we made realistic screen names; I would've had to trade in my gYmNaSt screen name to FallsOffTheBeamAlot9980.

4. A Shout Out To Your Favorite Song

Did we learn nothing from my LeAnn Rimes starlight reference? I guarantee you someone's screen name was xOBabyOneMoreTimexO.

5. The Year You Were Born, Or Some Random Array Of Digits Close To Your Heart

Every screen name I ever had either ended in '91 or '09 (which was the year I graduated high school).

Because why be so-and-so from Westchester when you can be BritneySpears7896 instead?

7. Using So Many Numbers That It Looked Like There Was A Zipcode At The End Of Your Name

You knew you're doing something right if you had five mismatched numbers that meant absolutely nothing.

8. Sharing Your Hobbies Was Crucial

MovieLover99 totally waltzed into a chat room to meet TVAddict90XOXO. And theirs was a love that lasted. Maybe.

9. Announcing That You Were Taken Via Screen Name

Long before we had Facebook relationship statuses, and Instagram posts using hashtags like #love #tinder and all the rest, we had the good ol' AIM screen names that identified you as SamsGirl4Eva. It was the 2005 version of getting a tattoo of your girlfriend's name on your arm. And it signified that things were more serious than just a heart in your profile (which, by the way, was the digital version of a claddagh ring in 2005).