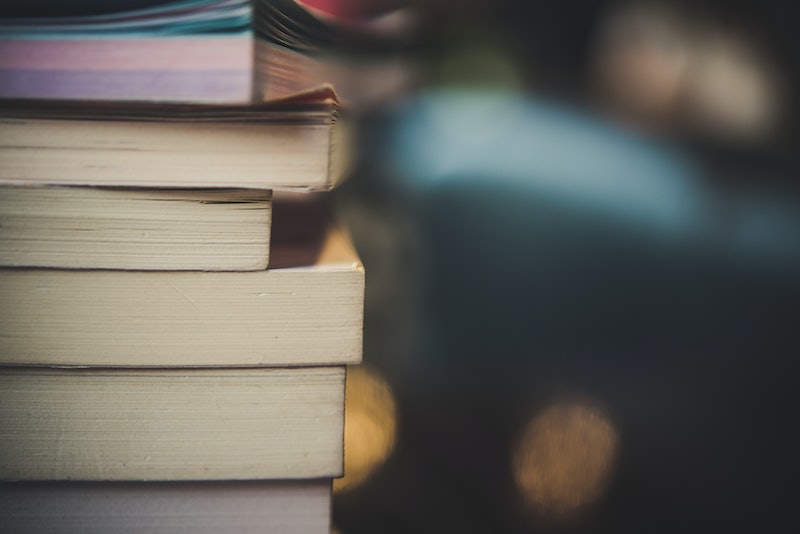 This week, readers all over the U.S. are celebrating Banned Books Week by — surprise! — reading banned books. If you’re not already among them, well, you should be. Many of our greatest works of literature have been banned at one point or another, whether for explicit language, pornographic content, or encouraging paganism. Many were challenged for the simple crime of providing a realistic look at teenage life. They will all expand your view of the world, and each one deserves to be read.

Now that I’ve convinced you to try out a banned book or two, you just have to decide which one to read. My recommendation? Read The Satanic Verses. There aren’t may books that people are willing to kill over — plus the novel is Salman Rushdie at his magical realist best, effortlessly juggling the story of two Indian immigrants who miraculously survive their plane exploding above the English Channel with a series of fables about false prophets leading their followers to certain doom.

But if that one doesn’t appeal, there tons of great ideas on Twitter and Instagram. I’ve collected 22 of them below. Consider yourself warned: if you haven’t read these books, you should. There may come a day when you no longer can (hopefully not, though).

The Poetry of Shel Silverstein

Lord Of The Flies By William Golding

In Cold Blood By Truman Capote

The Hunger Games By Suzanne Collins

Speak By Laurie Halse Anderson And The Outsiders By S.E. Hinton

Of Mice And Men By John Steinbeck

Coraline By Neil Gaiman and Persepolis By Marjane Satrapi

Anything By John Green

Catcher In The Rye By J.D. Salinger

More like this
Prince Harry Incorrectly Recites Christina Aguilera’s “Genie In A Bottle” Lyrics
By Jake Viswanath
Allegra Goodman Procrastinates By Reading Time-Management Books
By Samantha Leach
'Mayfair Witches' Already Changed 2 Major Characters From The Books
By Grace Wehniainen
I Read Prince Harry's 'Spare' So You Don’t Have To: 11 Highlights To Know
By Marina Watts
Get Even More From Bustle — Sign Up For The Newsletter
From hair trends to relationship advice, our daily newsletter has everything you need to sound like a person who’s on TikTok, even if you aren’t.