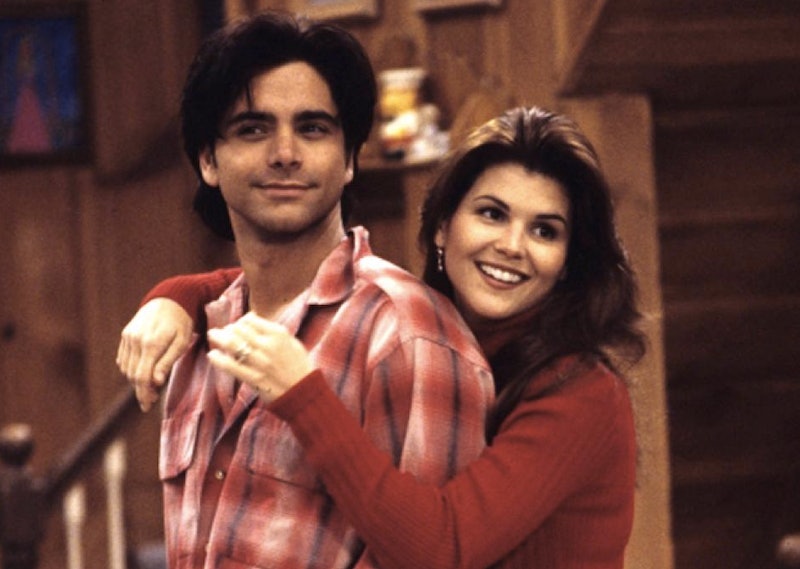 When it comes to couple, there isn’t a better one than Full House’s Uncle Jesse and Aunt Becky. I think we all can admit that when it came to romance and relationships, what those two had was something we all secretly hoped for. Even if we were just kids and completely missed all their jokes about sex. There was something there for even the youngest of us to appreciate, because the love that Jesse and Becky shared was passionate, sweet, caring, and more equal than most relationships shown on television at the time.

And that was the thing that I loved most about Uncle Jesse and Aunt Becky’s relationship. As intense as their love was for each other, Becky was a working woman, and a woman who refused to be the butt of anyone’s jokes. She stood up to Jesse and was often the only one who could put him in his place. And when she did, man was it sexy.

Their love was one full of family and laughter and way too many ballads to count, but it was also full of some of the sweetest moments in the show’s history. Just check out some of these moments. Jesse and Becky’s best, if you ask me. The moments that had all of us at home holding our hearts and whispering under our breaths, “Have mercy.”

1. When Becky Shut Uncle Jesse Down

That’s one way to get him back for not liking her cooking.

2. When They First Met

Maybe it was that tucked in shirt, or the perfectly feathered hair. Whatever it was, after these two met, Uncle Jesse was never the same.

3. When He Sang To Her At Their Wedding

“Forever” by the Beach Boys, of course.

4. When She Tries To Tell Him She Is Pregnant

And he totally missed all the clues. So adorable. So — literally — clueless.

5. When She Actually Tells Him She's Pregnant

And we all cheered even louder than the live audience at home.

6. When They Found Out They Were Having Twins

I think they both needed mercy at this point.

7. When He Turned The Backyard Into A Winter Wonderland

Because he was a romantic. And because Christmas isn’t Christmas without a little snow. Even in San Francisco.

8. When Becky Got Into A Bidding War Over Her Man

Because no one was going to spend a night with her man. No matter how much they paid.

9. When Jesse Serenaded Becky Into Forgiving Him

What girl wouldn’t fall for that? I know I would.

See what I mean? There was and there never will be anything as sweet and at the same time sexy as Uncle Jesse and Aunt Becky on Full House. They're definitely the storyline I'm looking the most forward to on Fuller House, for sure. (Sorry, DJ and Steve.)