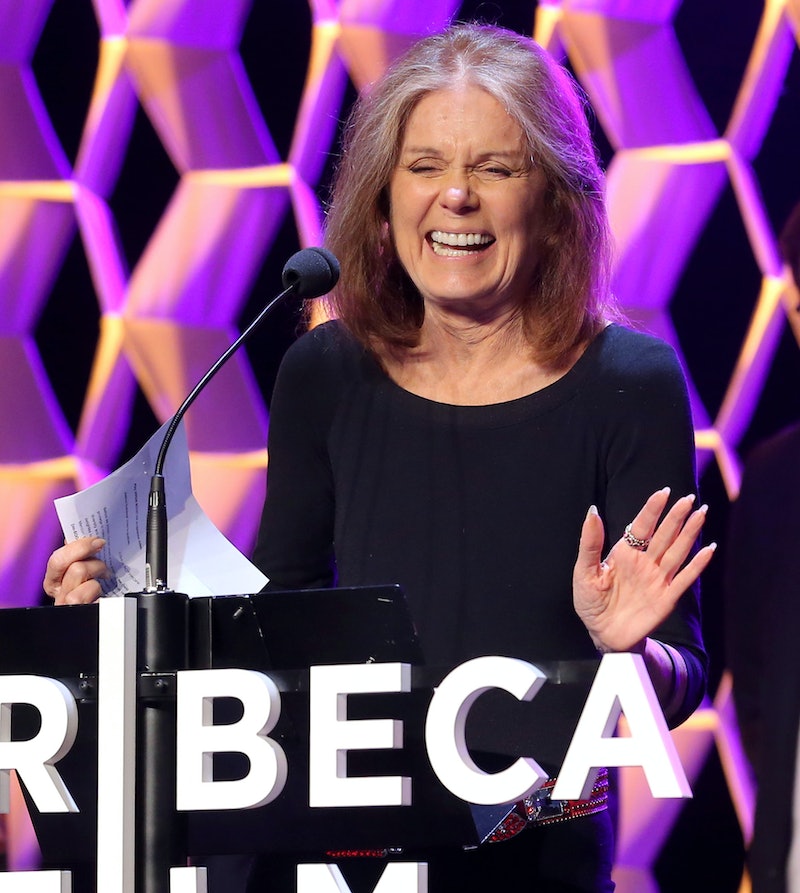 It's always exciting when a feminist icon published a new book, but what is Gloria Steinem's new book about? Apparently, My Life on the Road , due out October 27 from Random House, will be "a candid account of her life as a traveler, a listener, and a catalyst for change." Steinem explains how her itinerant early years shaped her outlook and how her lifetime of travel influenced her activism.

Given Steinem's eventful life and superb writing, her memoir seems likely to be a must-read not only for feminists but also for anyone curious about New York intellectuals in the 1960s and '70s. In addition to covering Steinem's remarkable achievements — including founding Ms. Magazine, campaigning unapologetically for abortion rights, and supporting feminist issues all over the world — it will apparently feature some familiar faces from the period, most of whom were undeniably colorful individuals (insert Norman Mailer joke here).

My Life on the Road also has an impressive, intriguing set of blurbs: bell hooks describes it as "an inspiring work, a call for action" and James Patterson calls the book "a lightning rod to the head and heart." Perhaps the most exciting praise, however, is Jane Fonda's: “Countless times, I had to put Gloria Steinem’s new book down and allow an explosive truth she had just revealed to roll through me."

The memoir will be Steinem's first full-length book since the essay collection Moving Beyond Words was published in 1993. In the interim, she's been focused on international activism, gotten married for the first time, and convinced Alicia Florrick to run for office. Plenty of material for another book, when the time comes.