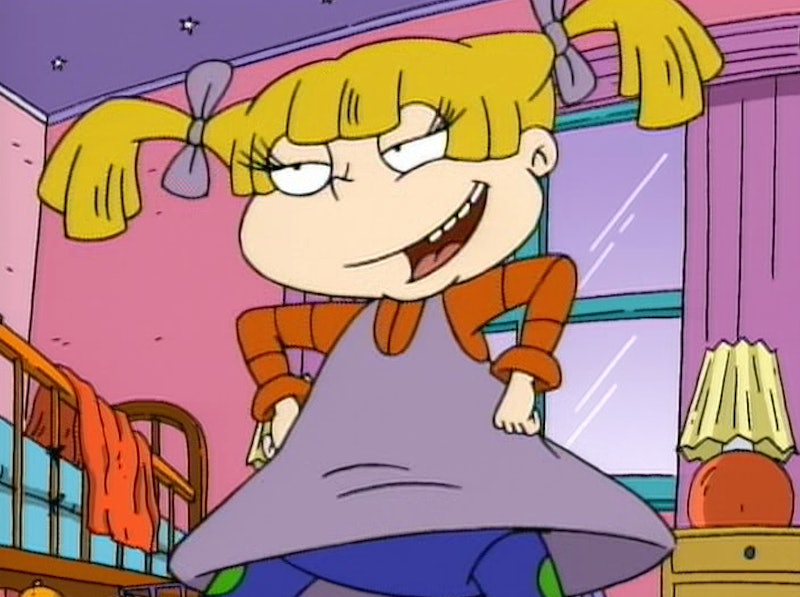 Back in the '90s, Nickelodeon ruled tween programming. From Rugrats to Hey Arnold! to Clarissa Explains It All, there was no shortage of '90s feminist characters. Whether or not we recognized it at the time, these characters probably had a pretty big influence on us. After all, who hasn't felt a kinship toward Helga Pataki's silent pining for Arnold or wished she could have had Clarissa Darling's bedroom?

Even though the '90s began 25 years ago, the impact of these characters is still strong. (If you need any proof, just consider the internet's reaction to the Splat, Nickelodeon's '90s revival channel.) Part of the reason these shows were so successful — and children of the '90s still feel nostalgic about them — is because of how we could relate to the characters. No, Rugrats viewers weren't diaper-clad infants, but didn't we all feel enchanted by the babies' curiosity? We understood it because there was a whole world we had yet to explore.

Given this influence, it's not surprising that there are many Nickelodeon characters every '90s girl can relate to. From the feisty Angelica Pickles to the compassionate Eliza Thornberry, here are 13 of the icons that stand out.

Not only was Eliza Thornberry a world traveler, but she had brains and compassion.

It's no surprise that Doug Funnie was smitten with Patty Mayonnaise. She was the sweet, laid-back girl we all wish we could emulate.

Judy Funnie was the cool artist we all wanted to be ... even if we never completely understood her.

Every girl who's suffered a broken heart can relate to Helga on some level.

Angelica was confident enough to demand what she wants.

Reggie Rocket reminded viewers that girls can do anything the boys can.

Alex Mack was just a normal girl — who had some seriously cool abilities.

9. Amber From "The Girls Room"

Amber was a bit of a diva, but her confidence (and prowess at looking glam, even in a high school bathroom) was admirable.

Any girl with a sibling related to Lil DeVille.

Likewise, Debbie Thornberry spoke to all of us who were over our pesky younger sibs.

BRB while I go re-watch all of my favorite '90s shows.