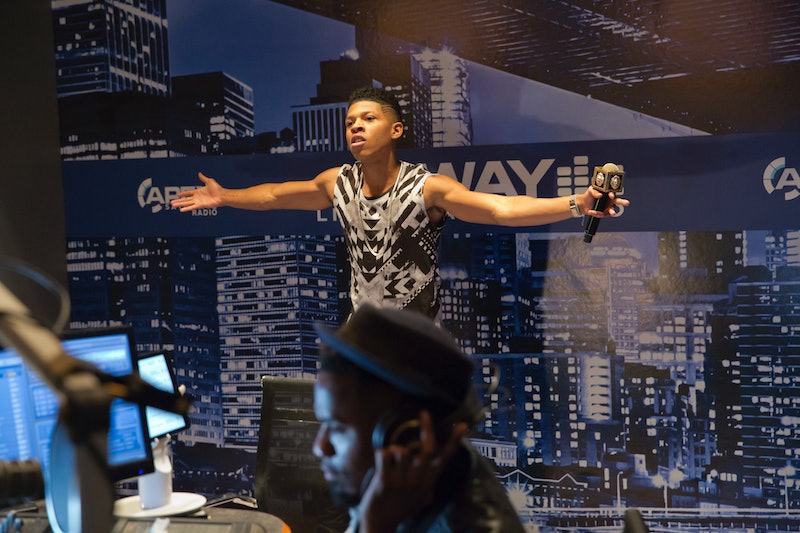 I know that Empire has only been back for one full episode so far, but it's already covered so much ground, introducing new characters — Mimi Whiteman, you stay as long as you want — rivalries, and one very hostile takeover. There is a lot to digest but I'd like us all to really focus on one thing: Hakeem and his, for lack of a better term, mommy issues. Somehow this wasn't front and center during the premiere, which I do not understand because this has got to be one of the most fascinating plots of the entire show. Before we talk about him and Anika (trust, we'll get there), let's look at Hakeem's romantic past on Empire and take a trip back in time to Season 1, when we were introduced to Camilla (played with haughty perfection by Naomi Campbell). Hakeem's very special lady, who was kept under wraps until Lucious escorted her right on out, literally had Hakeem refer to her as "mama." Now, I know people can have all kinds of nicknames for their significant other, but considering the dynamic here, it seems pretty symbolic.

It's easy to forget with Cookie being the force of nature that she is, but Hakeem grew up without a mom and that clearly left a mark on him. So now Hakeem and Anika are together — or at least, I am pretty sure they are. They ended last season hooking up, and he possessively told Cookie that Anika goes where he does in the season premiere. I don't know if I'd call Anika Hakeem's girlfriend, but there is still something going on between them in Season 2. Because this is Empire and when they stop doing whatever it is they're doing it is going to be big, dramatic, and probably involve some hair-pulling, I've gathered the most likely options for how this relationship will break down.

Gone but not forgotten, she could swoop back in and destroy Anika to get Hakeem back. It wouldn't even be hard, they were together for over a year.

Anika comes to another Lyon's family dinner and their relationship issues get hashed out... very publicly.

We all know he won't stay in jail for long, and he will definitely have some opinions on their relationship. If Lucious doesn't break them up within the first week he's out of jail, then I don't even know who he is anymore.

Anika's already changed allegiances a few times, she could easily betray Hakeem to Empire. Maybe she's planning a hostile takeover of her own? At this point, Anika and Hakeem's breakup is a matter of when, not if, and I'm so glad they started Season 2 still together so we can see the collapse for ourselves on Empire.

Forgot anything else from Empire Season 1? Check out the drunk recap video below.