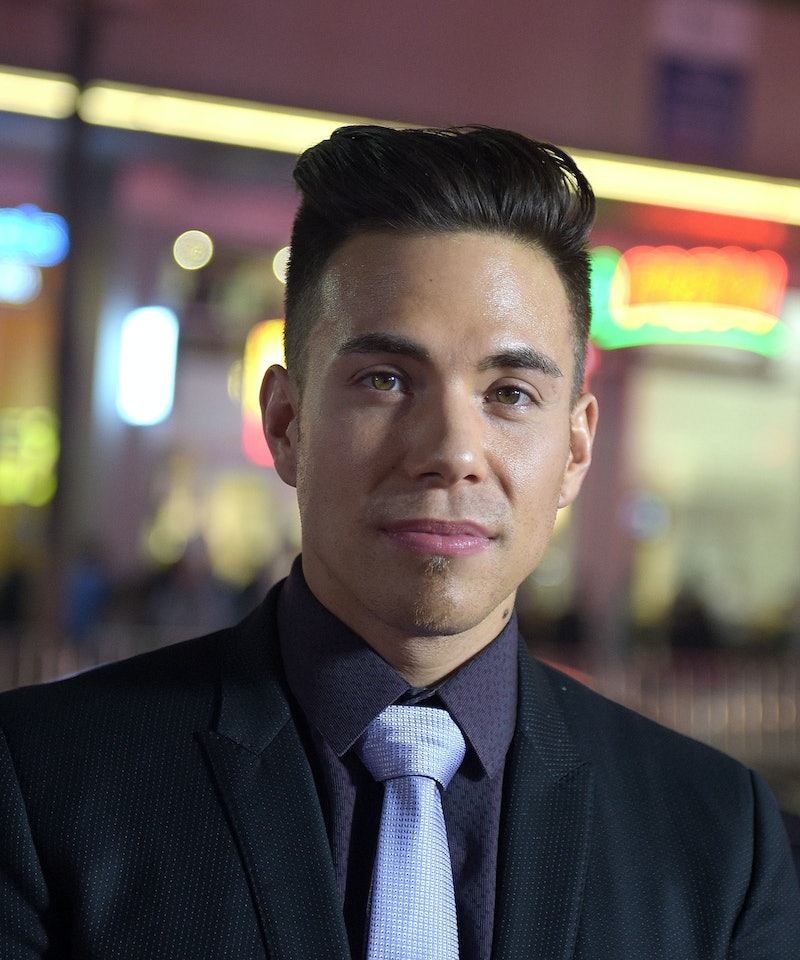 Neil Patrick Harris continues to bring the funny, the pranks, and the hidden-camera action live on his variety spectacular Best Time Ever on Tuesday night. The host with the most welcomed more celeb guest stars such as Tyler Perry, Jay Leno, and Heidi Klum. But who is Apolo Anton Ohno and when will we see him again? The new Best Time Ever correspondent is a hearthrob you may recognize from his stints on Dancing With The Stars, Minute To Win It, and, most notably, the Winter Olympics. Ohno is an Olympic medalist winning speed skater, winning gold medals in the 1500-meter at the 2002 and 2006 Winter Olympics.

On this week's episode, Ohno was supposed to lead a segment called "Ticket to Slide," in which a Chicago couple was supposed to race down a 60-foot tall slide in order to win an awesome trip to Australia, but unfortunately wild winds in the Windy City caused the stunt to be postponed to a later date. So disappointing, but that only means the segment will be even more epic when it goes return. In its place, viewers got treated to another hilarious "Voices In Your Head" prank with Harris' former How I Met Your Mother Cobie Smulders and her hubby Taran Killam. Not too bad.

But don't worry, Ohno will be back. According to a spokesperson from the show, Ohno will continue to appear throughout the series as a live correspondent. Singer Nicole Scherzinger also makes regular appearances on the Best Time Ever stage. This week, director and performer Tyler Perry served as the guest announcer, introducing the show as "Tyler Perry presents Tyler Perry's Best Time Ever With Neil Patrick Harris," cleverly mocking the titles of his own movies. Another segment featured comedian Jay Leno attempting to buy a mini-van from an audience member's dad, who also modeled some funky pants with designer Isaac Mizarahi and model Heidi Klum.

All in all, it was a fun episode, and it's good to know Ohno will return behind the mic for NPH soon!