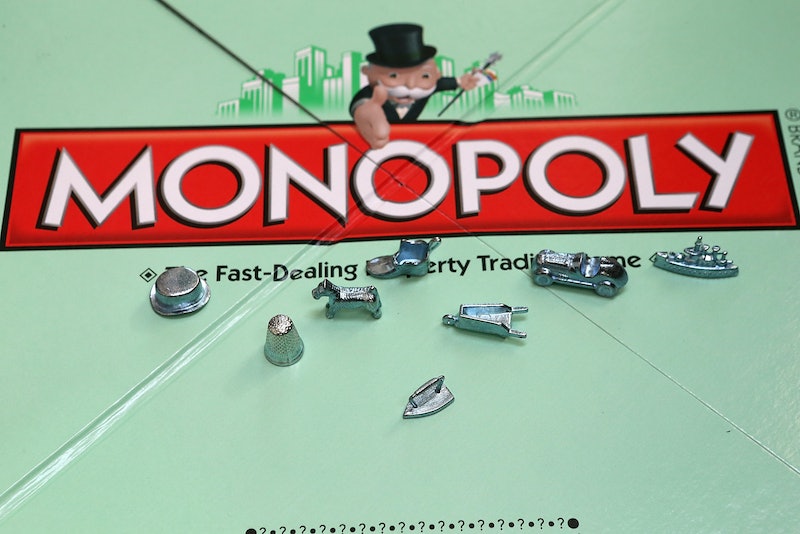 Your creative marriage proposal of the day comes from the guy who proposed to his girlfriend with Monopoly. It's more elaborate and romantic than it sounds. For starters, the Monopoly board wasn't one of those regular boring old run-of-the-mill off-the-shelf types, it was custom made for the unsuspecting girlfriend by a woodworker named Mark Becker. A bit of back story about this adorable couple: Justin Lebon, the guy doing the proposing, grew up on the same street as his now fiancée Michel Ott, but they never knew each other (they met as adults on Match.com). So on the Monopoly board, instead of the regular street names, Justin had it made up with familiar locations — and, of course, a hidden compartment with a ring in it.

The proposal went down on Christmas morning last year, and Michel did not pass go, or collect $200, but she did get a lovely new ring. All Michel had to do was roll the dice, which were loaded to always roll a seven, which landed her on "Chance". The Chance card read, "Will you marry me?" and prompted her to move to the "Luxury Tax" square if yes. The ring was hidden beneath the Luxury Tax square (duh), which was the point that Justin got on one knee and asked the question again, this time out of his own mouth.

2. And That Fateful Chance Card