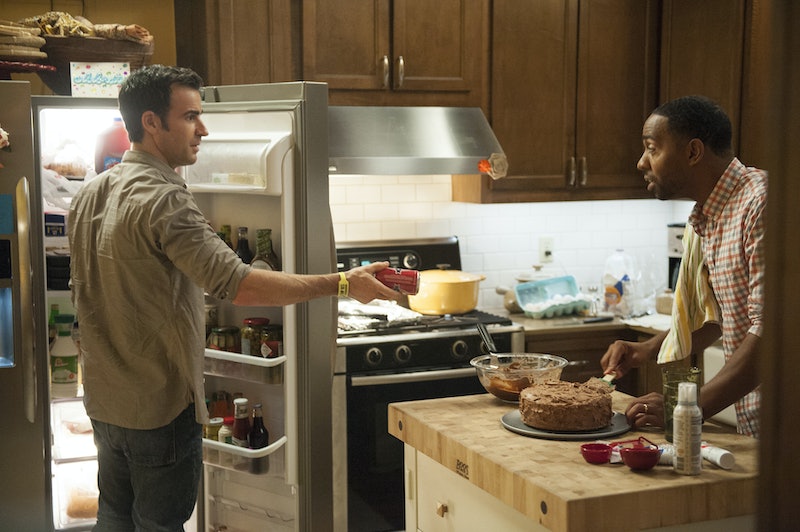 The Leftovers novel by Tom Perrotta certainly packs a punch, but it isn't a book I would define as super lengthy. In fact, the HBO adaptation of The Leftovers covered all of the material in the novel in its first 10-episode series. So, when the show returns to HBO on Oct. 4, we'll be in all new territory. The creators have the freedom to expand the world in whatever direction they choose. (And, they will, by striking off to a new town called Jarden, Texas.) But, does that mean that it's going to have a longer season than the first? In fact, just how many episodes will The Leftovers , Season 2 have?

Don't get greedy, Leftovers fans, or you will be disappointed. According to an HBO press release, the second season of the series will also have 10 episodes — the exact same number as the first. It's a world of limited series now, and we just live in it. But, now that the material from the novel is all wrapped up, what can we expect in those 10 episodes? I've done some digging on the upcoming episodes to bring you all you need to know about Season 2. You're welcome!

The action moves to a town renamed Miracle National Park in Texas because it's had no Departures. But, does that mean that all who travel there are going to be safe forever? Probably not.

"It was never my intention for the show to be bleak," showrunner Damon Lindelof told Entertainment Weekly. "And, I think that there was something about shooting in New York in the winter that kind of dialed that up." If that's the case, yes, move the show to Texas ASAP!

When Hitfix's Alan Sepinwall sat down with Lindelof for an interview, Sepinwall asked how they planned on continuing the show despite running out of book material. Lindelof's answer? They're going to just keep doing what they're doing. "This is a family show," Lindelof says. "It’s not going to be super story driven. It’s just about the continuing relationship connections and disconnections that take place in and around the Garvey family." OK, so maybe some bleakness will remain.

In that same interview, Lindelof notes that the central mystery to the series, the cause of the Departure, might forever remain a mystery. Sepinwall says Lindelof "tries to use the show itself to tell the audience he's never going to explain what caused the Departure." This seems fitting for a guy who (I believe) once playfully tweeted something along the lines of if he were in charge of The Hunger Games, there'd be way more talk about God and we wouldn't find out who wins the Games. (I wish I could find the exact quote, but his Twitter has since been deleted.)

I know now that we have the power to pause and pore over every frame of a show, it's easy to read meaning into everything. But, Perrotta insists to The A.V. Club that the references they pepper the show with may be meaningful, but they won't give you any answers. "I don’t look at narratives or texts as something that can be unlocked," he says. "I see it more as — we’re creating this space where all sorts of different cultural references, products, objects can become charged by the context of the show. That’s what’s been really interesting, that the show has been able to accommodate Yeats poems and crappy pop songs." Sounds just like my life!