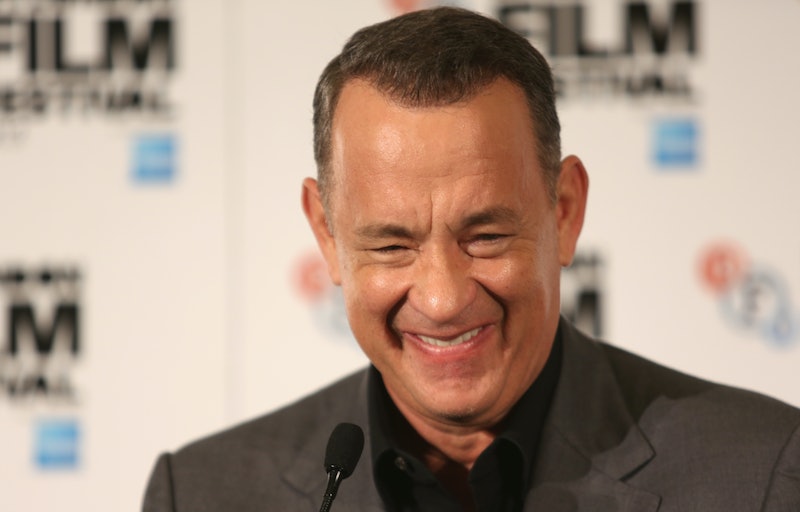 Tom Hanks can do no wrong. You know this, I know this, it's a fact as pure and simple as gravity. So when the actor delivers another tear-jerking and awe-inspiring performance, we sort of expect it. This year, Hanks took on the real-life story of Captain Richard Phillips and his capture by Somali pirates in Captain Phillips. The film was phenomenal, not only because of it's non-stop adrenaline action, but for it's performances (Barkhad Abdi was only an amateur actor before landing the film's lead antagonist), and it's adaptation from real life events. But what's most impressive is the film's finale (spoilers ahead), a five-minute sequence showing Phillips after he's rescued, a scene that was arguably Captain Phillips' best, and was completely improvised.

At the Envelope Screening Series, Hanks talked about improvising the final scene of the film:

"We had actually shot another scene that was scripted that was based on what really happened. It was after everything happened. Phillips was cleaned up, he was in a uniform, he had showered, he was alone for the first time in the captain's quarters and he could have a cold beer, and he had a satellite phone, and there was an emotional crack to it that we shot.… And it was there, and it was fine, and it was right, and we got it."

But working with director/documentary filmmaker Paul Greengrass has it perks, like the director's ability to think on his feet and improvise, as he might have with actual footage in a documentary style setting. Hanks continued:

"We had no reason to think that it wouldn't just be what was needed. But Frank Castellano, who was the actual captain of the [USS] Bainbridge, that rescued Phillips, we asked him, 'So when did you actually meet Rich?' And he said, 'I was busy with the Dept. of Defense and the Navy SEALs, so I didn't meet him until after he came out of the infirmary.' And Paul said, 'Infirmary?'"

This sparked their want to "experiment" with shooting a scene in the infirmary, and with Hanks in tow, it was settled. According to Hanks, the scene was "100% exact, authentic, and that was able to allow me just to delve into whatever behavior was going to come out. Usually those types of scenes in films are on the schedule. You're able to prepare for them. The good news here was that the whole movie was a bit of a preparation for whatever scene that was going to be."

Having seen the film, it's clear why they chose this alternate ending, a scene that added a silent but heavy emotional impact to the finished product. Hanks summed it up by saying, "It ended up just being lightning in a bottle."

More like this
What Colonel Tom Parker Was Really Like
By Morgan Leigh Davies
Alicia Silverstone Has Recreated An Iconic 'Clueless' Scene
By Frances Stewart
Chris Hemsworth Joked That Baring His Butt In ‘Thor: Love And Thunder’ Was A “Dream”
By Brad Witter
What Does The Presley Family Think Of 'Elvis'?
By Arya Roshanian
Get Even More From Bustle — Sign Up For The Newsletter