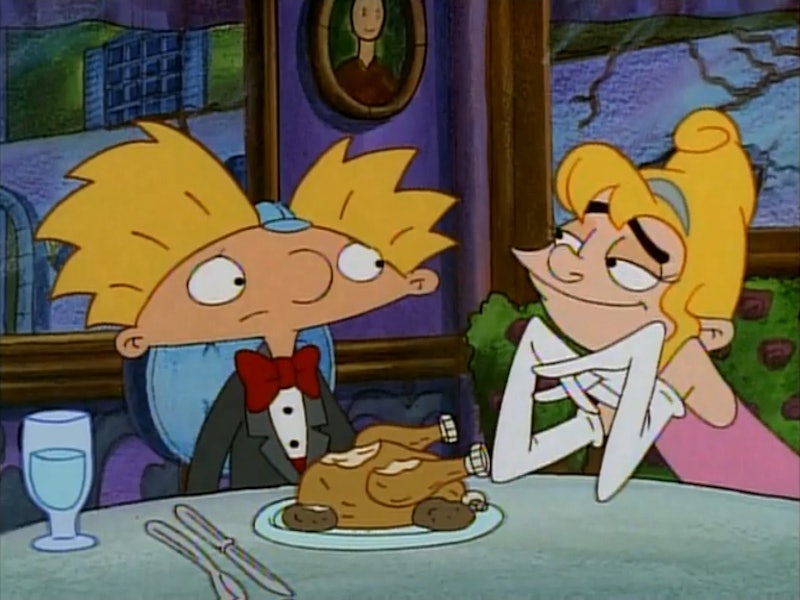 They say hindsight is 20/20 and, to be honest, I didn't understand this phrase until about a year ago. It means that the wisdom you gain as you age enables you to look back on the past with a fresh perspective. Nostalgia, as you might have guessed, is an emotion that falls firmly into the "20/20 hindsight" category, as you notice so much more when you go back and revisit those things you loved as a kid. One such example is television. Here's a challenge: go back and watch Hey Arnold! You will notice things that went over your head as a kid and you'll probably experience these 17 thoughts you have watching Hey Arnold! as an adult.

I am of the opinion that the best children's television is the kind that doesn't skirt around the tough issues. Good children's TV can be enjoyed by adults as well because it's designed in such a way that it makes adult themes accessible to children, but in a way that's easier to swallow. These shows also have an added layer of value because you can revisit them as an adult, and it's like watching an entirely new show because of all the new things you notice the second time around.

Hey Arnold! has remained a classic because it was never scared to discuss the hard topics. A surprising number of Hey Arnold! episodes are pretty dark, and there are also quite a few adult jokes thrown in throughout the show. Watching Hey Arnold! as an adult is certainly an enlightening experience, and your thought process as you watch will probably be something like what follows.

As a kid, I just thought Helga's mom was, to quote Phoebe Buffay, a little floopy. As an adult, it's pretty clear to me that her demeanor is almost undoubtedly the result of a few too many alcoholic "smoothies."

2. "Watching Hey Arnold On A Shared Netflix Account Gets So Awkward."

As someone who has personally been ridiculed by my roommate for this very thing, I speak from experience. Since when is it "uncool" to be in your 20s and marathon watch Hey Arnold more than you marathon watch How To Get Away With Murder?

3. "Why Is Arnold Wearing A Skirt Dress?"

I still don't understand what that outfit was supposed to be. He totally rocked it, though.

4. "Is It Biologically Safe For Arnold's Head To Be Shaped Like A Football?"

Don't worry about me, I'm just over here imagining what Arnold's skull would look like bald.

Just don't read him any of your creepy stalker poetry, and be nice to him, and you'll be all set, Helga. This 'ship could have sailed so much sooner if she could talk through her feelings like a mature adult.

I actually feel guilty for participating in shouting "STOOP KID'S AFRAID TO LEAVE THE STOOP" all those years ago.

7. "Is Gerald's Head Shaped Like A Rectangle Or Is It Just His Hair?"

9. "Arnold And Gerald Are Still #FriendshipGoals."

I bet they'd be great wingmen to one another.

10. "How Did Arnold's Grandparents Afford To Give Him That Dope Room?"

But, really though, that couch that appears as if from nowhere must have cost a fortune.

As a clumsy, accident-prone person by nature, I can't help but notice Eugene's ability to go on living despite encountering near-death experiences basically every day.

This is some heavy stuff, y'all.

Lila is not someone I would be friends with these days. All of her "ever so lovely"s and "ever so wonderful"s would kind of ruin my natural state of cynicism, and I can't have that!

Arnold was the boss, seriously.

I'd be intimidated too if I encountered some 6'2" 250 pound sixth graders.

16. "No One's Parents Would Let Them Run Around The City Alone All The Time."

Pretty sure my mom wouldn't have been that cool with me running around the city with my friends when I was that age. They could have been kidnapped so easily.

So, there you have it. Rewatching Hey Arnold as an adult can be an eye-opening experience, but there's one more thing we all think for sure: This show is still as amazing as it was when we were kids.