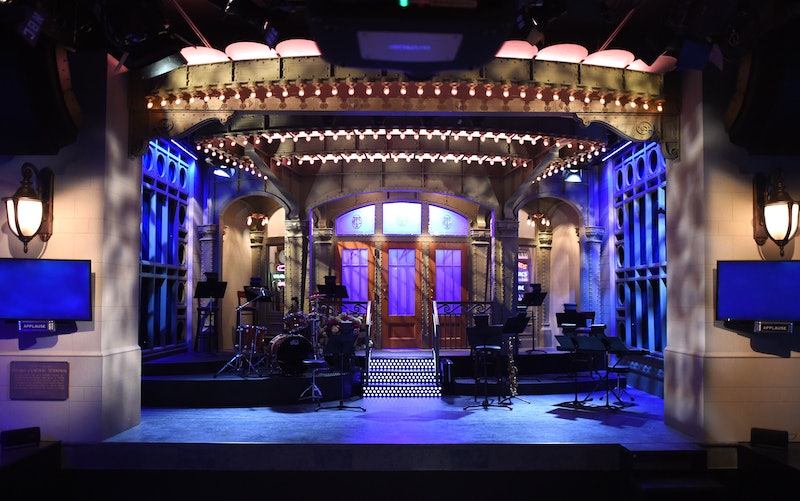 Saturday Night Live puts a strong focus on the "Live" part of its name, and as such never tries to plan too far in advance. While they've got a great deal of episodes between now and the end of their season (which, for the past few seasons, has been somewhere in the middle of May), they only announce a few hosts and musical guests at a time. Saturday Night Live's musical guests for season 41 are a pop-oriented bunch. Miley Cyrus will be pulling double-duty as host and musical guest on Oct. 3, with The Weeknd performing Oct. 10, and Demi Lovato making her SNL debut on Oct. 17.

SNL's method of only announcing hosts/guests every few weeks allows the show to keep an open flexibility in case a musical act blows up halfway through the season. Much like SNL manages to stay up-to-date on current events, with sketches mocking culture and political happenings, they're also able to stay up-to-date with popular music acts. Miley Cyrus, The Weeknd, and Demi Lovato had all summer to blow up and land themselves an SNL performing slot, and they've certainly earned it. Here's what audiences can expect from these acts when they step onto the Studio 8H stage.

The queen of pop controversy, Miley Cyrus, has had quite a summer. Miley hosted the 2015 VMAs, which seemed to be designed exclusively to generate headlines, and it was absurd and brightly-colored in all the ways one would expect from Miley. Miley made sure to generate even more buzz by releasing a surprise album, Miley Cyrus & Her Dead Petz, at the end of the show. With all the press generated from her momentous VMAs appearance, it's no wonder that she was the choice to kick off Season 41. This will be Miley Cyrus' second appearance as musical guest on SNL, and her third appearance as host, and she's sure to put her own stamp on it.

2015 may go down as the year of The Weeknd, after his breakthrough album Beauty Behind The Madness hit the top of the charts, and his singles seemed to dominate the Billboard Hot 100. In early 2015, "Earned It (Fifty Shades of Grey)" introduced him to a wider audience, then Song-of-the-summer "Can't Feel My Face" made America fall for him, and now his song "The Hills" is one of the unlikeliest Billboard No.1 Hit Singles of All Time (Seriously, it sounds like the only chart it belongs on top of is "Top Nightmare Songs.") The Weeknd will continue his Christian Grey-esque dominance over America when he makes his second appearance on SNL — he performed with Ariana Grande earlier this year — on Oct. 10.

Demi Lovato's latest album, Confident, will be released on Oct. 16, which is only a day before her Oct. 17 performance on SNL. "Confident" — in addition to being the name of her album — is also the best word to describe her latest single "Cool For The Summer". Lovato has been showing up on television a lot recently to promote her upcoming album, participating in sketches with James Corden and appearing on Jimmy Fallon's late night show, but her appearance at Studio 8H will mark her Saturday Night Live debut. Lovato's history as a successful Disney Channel alum, much like Cyrus, means it wouldn't be unlikely for her to show off her acting chops in a sketch or two.

Beyond the first three, the Season 41 musical guests are a mystery. But, that's what makes it all that much more fun to speculate who will grace the studio 8H stage.